Youth – the basis on which to build a sustainable future

Working with the central Government of Angola, the Government of Malanje Province has prioritized investment in its education sector, not only by constructing schools and social infrastructure, but by listening to the people who matter most – the youth. 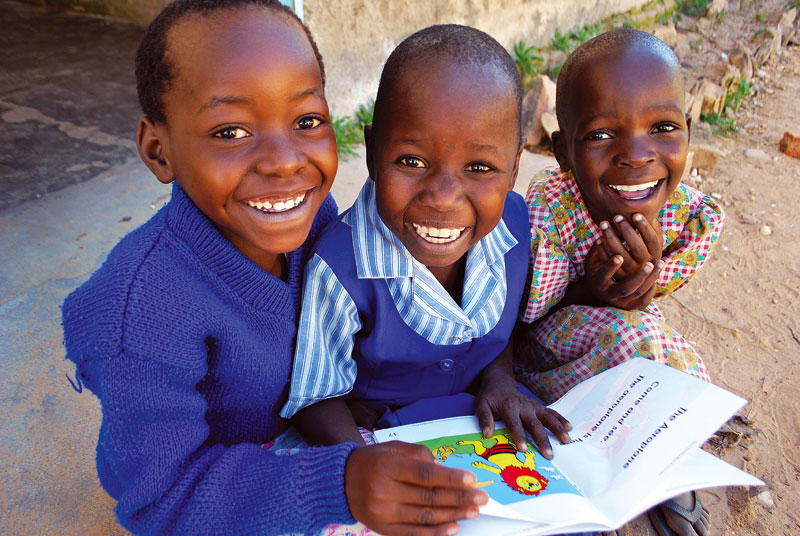 Earlier this year, the Government of Malanje signed a Memorandum of Understanding with Angola’s Ministry of Higher Education in a move that affirmed the province’s continued commitment to empowering youth and improving the state of education.

Under the accord, the Ministry of Higher Education will work with the provincial government to develop education initiatives in Malanje, while the ministry will also be responsible for issuing guidance for the functioning of higher education institutions in the region and offering scholarships to local students.

In turn, the deal will see the Government of Malanje province taking greater responsibility for contributing to the development of higher education in the region and the country at large, in harmony with Angola’s national development plans.

“My vision for this province [is that] we must prepare the youth with good academic education and technical-vocational schools,” says the Governor of Malanje, Noberto dos Santos.  Indeed the local government has already had a “strong impact in the social arena.”

Dos Santos adds: “[Our social programs] start with education— which in reality goes hand-in-hand with fighting hunger and poverty—and we also have important programs in the areas of health, drinking water supply and school lunch distribution, because a well-fed child is essential for better education.”

The Government of Malanje believes therefore that the latest developments in its cooperation with the Ministry of Higher Education will help add to the already admirable progress achieved in the region’s education sector.

In the last decade, the education and teaching system in the communities of Malanje province have improved greatly, according to authorities.  This has been down to the restoring of state administration in the municipalities and communes, as well as the construction and rehabilitation of the social infrastructures spearheaded by the initiatives of Mr. Dos Santos’s provincial government.

“In each neighborhood or village, we have prioritized the construction of schools, hospitals and water supply stations. Today in Malanje, education is free, up to and including higher education,” says the Governor.

In conjunction with the province’s primary social focus on education, the Governor says that it is some of Malanje’s other initiatives in the areas of health and water supply that are equally as important as building schools.  “Children are being provided with a place to prepare, learn and play.  A place where they are ready to go to school,” he says.

Although much progress has been realized in the education of Malanje province, Governor Dos Santos says that are many more challenges ahead in finding the funding to train young teachers and fighting the still relatively high levels of illiteracy.

While it was recommended in 2011 that Malanje began creating public-private partnerships with institutions in order to develop education, Governor Dos Santos claims that the private sector “does not have a great deal of interest in education.”

Therefore, though Malanje will hope it can attract greater foreign investment to its education sector, the Governor says that the provincial government, along with the Angolan government, will continue to take main responsibility for the future of the country’s youth.

As Governor Dos Santos explains, taking responsibility not only means investing in youth, but also listening to them. “I work a lot with our youths, because they are our future and therefore must be preserved and taken care of,” he says.

“At the highest levels of the nation, we have been ensuring that openness and transparency by listening to the youths so that, together, we can minimize the concerns of the population. Recently, there was a meeting in Luanda to listen to representatives of the youths from all over the country, which resulted in the national plan directed at our youth. We encouraged their participation in this process.

He concludes: “There has always been a great concern with our youth in terms of education. We understand that a population without education cannot understand the challenges of a modern world that is extremely demanding and competitive. We will continue to invest in the training of people and of our youths in particular.”