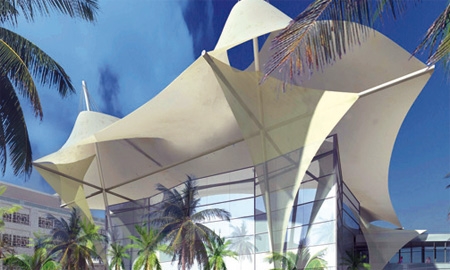 Based on 2010 data, Kuwait boasts the highest Human Development Index (HDI) among Arab nations, and scores 27th in the world (see graph on page 5 of this report). This is due to the contribution of oil revenues to state coffers and in turn, the state’s redistribution of oil wealth to its people through welfare. Indeed, in 2009 the Kuwaiti government spent 9% of its budget on education and 7% on the health sector. The HDI bases its ratings on life expectancy at birth, access to knowledge and a gross national income per capita.

Nevertheless, Kuwait is outperformed in education and healthcare by several of its neighbors, due in part to a lack of investment in upgrading and modernizing infrastructure. One notable issue is that the country’s bustling expatriate community—estimated at two-thirds of the total population—also accesses the healthcare and education services provided by the government, thus placing greater pressure on the system.

According to Dr. Hilal Al-Sayer, Minister of Health, there is often a lack of hospital beds in heavily-populated areas. The government plans to raise the number of beds by building nine towers to be attached to existing hospitals, thereby increasing the capacity by 3,565 beds (60%). Also, construction began last year on the new Jaber Hospital, which will be one of the largest in the Middle East.

Education, another priority of the KDP, is a not just a benefit but a right in Kuwait: from primary through tertiary, a slot is guaranteed for every citizen who wishes to study. “Kuwait’s investment in the education system has contributed to the overall development of the country and has had a positive impact on neighboring GCC countries,” comments Professor Moudhi Al-Humoud, outgoing Minister of Education and Higher Education. The Ministry is developing curricula in science, math and languages, three globally recognized skills that will empower students for the global market.

Kuwait also looks beyond its borders to ensure Kuwaitis have access to the best educational opportunities. It provides 1,800 scholarships annually to top students —both male and female—for study abroad. Thanks to this, Kuwaitis are enrolled at such prestigious universities as Stanford, Harvard and Carnegie Mellon. Kuwaiti MBA students who are admitted to any of the top 20 universities in the world receive a scholarship from the Kuwait Investment Authority. “We have students getting their MBAs from all over the world; from Spain, France, the U.K. and the U.S.,” says Yousef Al-Ebraheem, Economic Advisor to the Emir.

In 2000, the government passed a law allowing private universities to enter Kuwait, which had been under state control since 1935. There are currently six private universities and an additional six are in the pipeline. In terms of primary and secondary levels, over 25% of Kuwait’s schools are private, yet their enrollment comprises one-third of all students. Many private schools follow foreign curricula and are accredited internationally, although Al-Humoud would like to see even more of Kuwait’s institutions internationally accredited.

Helping students prepare for the challenging academic environment they’ll encounter at the U.S. and European universities is the Universal American School (UAS).

The road leading to UAS’ standing as Kuwait’s best college-prep has not been easy. The parents of the current owner and director, Noura Al-Ghanim, led the school up until the Iraqi invasion in 1990. After liberation, Al-Ghanim reopened the school. “It was a challenge because the school was entirely destroyed,” she remembers. “Thus, it was my goal to redevelop it and transform it into one of the most successful private schools in Kuwait. Today, after 20 years leading the UAS of Kuwait, I am proud to finally say my goal has been reached.”

Accredited by the European Council of International Schools (ECIS) and the New England Association of Schools and Colleges (NEASC), UAS provides 12 Advanced Placement courses recognized by the U.S. College Board. In 2009, 84% of students who took the AP exams scored a 3 or higher. The school employs only American teachers and follows the U.S. curriculum; however, rather than applying a standard 50:50 ratio of education to activities, UAS prefers 60:40. “This doesn’t mean activities are not given the right attention,” explains Al-Ghanim. “I think children in the 21st century need to be focused on academic and social experiences so they can get into competitive universities. There is a good balance here.”
Al-Ghanim’s daughter, Bibi, is following her mother’s footsteps in one realm of education that fell victim to the school’s more pressing priorities and commitments: social graces.  The “House of Etiquette” teaches children how to behave properly in social situations. “Etiquette is an education which is an important part of self-improvement,” Bibi Al-Ghanim says.

Another school following the U.S. curriculum is the American School of Kuwait (ASK). The preferred K-12 school among U.S. military and expat workers, ASK was originally established over 40 years ago by U.S. parents with the help of a few locals, but passed into Kuwaiti hands with the privatization law. The father of one Kuwaiti student at the time, Abdul Wahab Abdul Ghafoor, took over and funded the school. In 1992, he passed ASK into his son’s hands.

As a former student, Wael Abdul Ghafoor feels a special tie to the school and its success. “The school has had a nice atmosphere since the 1960s and the students do not forget each other over the years,” he says. “If ASK is succeeding, then Wael is succeeding, and if ASK drops, then Wael drops. It is a part of me.”

ASK is associated with the U.S. State Department, accredited by an American Accreditation firm, and invests ample time and money in recruiting staff at fairs in the U.S. Approximately 95% of its academic employees are from the States, and those who hail from other countries are required to have a U.S. teaching certification.