ASK for a U.S. education

Article - March 8, 2013
The American School of Kuwait in Hawalli is a special center of learning 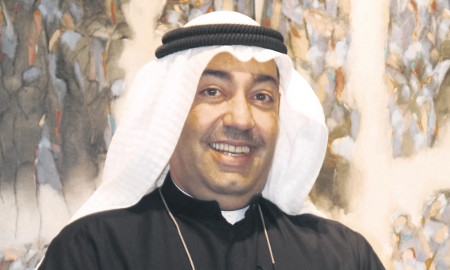 WAEL A. ABDUL GHAFOOR,OWNER OF THE AMERICAN SCHOOL OF KUWAIT
SHARE

For nearly four decades, a quality education based on the United States curriculum has been available in Kuwait, thanks to the American School of Kuwait (ASK).
Originally established in the early 1960s by expats seeking a school to which they themselves could relate, ASK continues to provide students – both foreign and Kuwaiti, alike – with an education similar to one found in any school in the U.S.
For example, extra-curricular activities, such as sports, jazz band, debate team, theater, and model United Nations, complete the ASK student's well-rounded education that fosters critical thinking, integrity and intellectual curiosity. Here, however, notable differences can be seen in obligatory courses like Religion (for Muslims) and Special Religion and Arabic as a Foreign Language (for non Muslims).
The Middle States Association of College and Secondary Schools accredited ASK in 1971 and the school enjoys recognition and support from the U.S. Embassy. “The U.S. Government either owns a school or associates with a school in every country around the world, and here they are associated with ASK,” explains Wael A. Abdul Ghafoor, owner.

ASK has more than 1,800 students in its Child Development Center (kindergarten), elementary, middle and high schools. And as would be expected in an American-styled school, nearly all (95%) teachers are from the U.S. Indeed, ASK recruits specially from North America, although it also sends representatives to recruitment fairs in Australia, New Zealand, Dubai and England.
The school is one of Kuwait's most prestigious, with children of some of the country's most successful business and political leaders enrolled, and its graduates choose to continue their American curriculum education through college. According to Mr. Ghafoor, 90% of ASK graduates go on to study at American universities and colleges, while “the other 10% have started to go to Kuwait because we have an American university here in Kuwait and there are other American universities in neighboring countries like Lebanon and the Emirates.”
Mr. Ghafoor, a former student at ASK, took charge of the school after his father – who stepped up in 1972 to prevent the school's closing – passed it down to him in 1994. He is also a co-founder of the American University of Kuwait.