Vision 2030: At the forefront of Bahrain’s transformation

Kingdom aspires to shift from an economy built on oil wealth to a productive, globally competitive economy, all under the umbrella of an ambitious Vision 2030 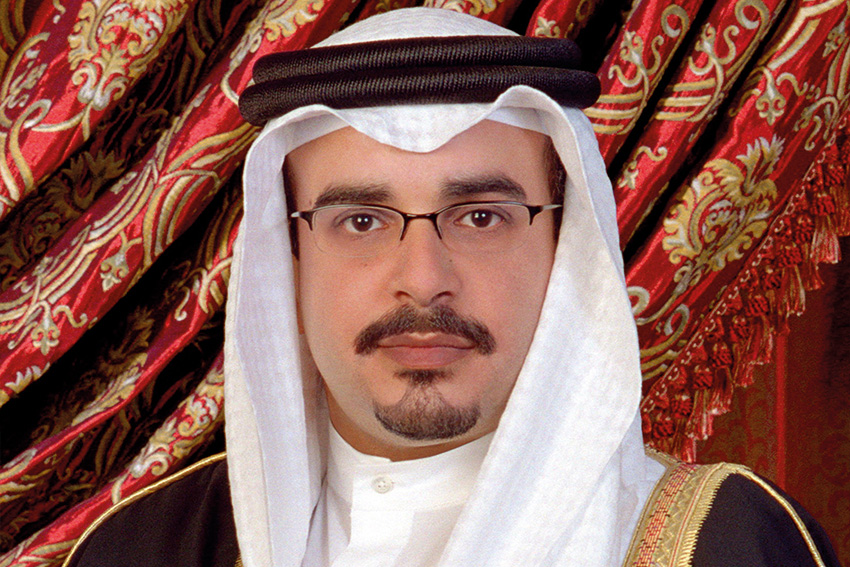 With economic performance over the last two decades following a comfortable, upward trajectory, Bahrain has prospered. This has come thanks to strong oil revenues, a thriving financial sector and a regional economic boom, as well as foreign direct investment pouring into almost every economic sector. Consequently, indicators on health, social progress and living standards have improved dramatically, with life expectancy climbing from 71.4 years in 1990 to 75.8 today.

It is easy to become complacent given such a conducive environment to growth. Indeed, while countries worldwide have on average raised their labour productivity by 21 per cent over the past 25 years, Bahrain’s improvement has been just 17 per cent. Although the country has been able to ensure high employment rates by redistributing oil revenues and offering citizens jobs in the public sector, it is low-wage jobs that have been created, and the island ingdom is now facing a shortage of both quality employment and appropriate skills as a result.

In 2008, conscious of the ramifications of allowing this situation to continue unchecked, King Hamad bin Isa Al Khalifa launched the ambitious Vision 2030, a development programme which recognised the necessity to speed up reforms in order to capitalise on the opportunities that regional growth offers. It laid out a blueprint for national development based on the guiding principles of sustainability, competitiveness and fairness in a way that would ensure that every household in the country had at least twice as much disposable income in real terms by 2030.

Almost a decade later, the progress made by the nation is palpable. The Bahraini economy has grown by 28 per cent since 2008, while international investments into the Kingdom rose threefold from 2009 to 2014. According to First Deputy Prime Minister, Crown Prince Salman bin Hamad Al Khalifa, all of the accomplishments thus far have directly resulted in increasing the average income of a Bahraini family by 47 per cent since 2008 – no mean feat in the context of a slowing global economy.

The composition of Bahrain’s economy, once dominated by oil, has become significantly more diverse. Standout performance from the tourism sector, driven by events such as the Bahrain Grand Prix and the nomination of Manama by UNESCO as “Capital of Arab Culture” in 2012, has driven jobs growth in the hospitality sector, while small business growth schemes introduced by the government as well as loans made by the Bahrain Development Bank have catalysed home-grown entrepreneurship.

“We aspire to shift from an economy built on oil wealth to a productive, globally competitive economy, shaped by the government and driven by a pioneering private sector – an economy that raises a broad middle class of Bahrainis who enjoy good living standards through increased productivity and high-wage jobs”

As part of the government’s new role as economic facilitator, state bodies such as the Telecommunications Regulatory Authority have transformed former monopolies into dynamic clusters. In keeping with Vision 2030’s stated aims of fairness, efforts have been made to boost economic inclusion for everyone. For example, the Bahrain Business Incubator Centre, set up by Bahrain Development Bank in 2003, has since expanded its facilities to build a new incubator specifically for women.

There have, of course, been challenges, namely the global economic crisis of 2008/2009 and the regional unrest brought about by the 2011 Arab Spring. Bahrain’s future prosperity depends on whether it can change to keep pace with the world around it. Therefore, in its National Development Strategy 2015-2018, the latest iteration of a regularly updated action-plan that will turn the  Vision into reality, the Bahraini government has underscored the importance of adapting to the new economic and political realities around it to forge a clear path forward.

“We aspire to shift from an economy built on oil wealth to a productive, globally competitive economy, shaped by the government and driven by a pioneering private sector – an economy that raises a broad middle class of Bahrainis who enjoy good living standards through increased productivity and high-wage jobs,” says the Crown Prince.

For him,  Vision 2030 continues to inform every aspect of the Kingdom’s path of achieving prosperity. Speaking during his visits to the Majlises of Shaikh Mohammed bin Khalifa Al Khalifa of Dubai and the Al Arayedh family in summer last year, he highlighted the need for extensive collaboration between the public and private sectors to help accelerate growth in the face of a difficult international economic backdrop, pointing to the recent enactment of wide-ranging laws which directly support the development of the private sector.

“The principles of Bahrain’s Economic Vision 2030, sustainability, competitiveness and fairness, are key pillars of the country’s next development phase. It will guarantee high-quality opportunity and prosperity for all,” added the Crown Prince.

Meanwhile, the Economic Development Board, the first port of call for investors to the country, is encouraging investment in selected sectors beyond the financial sector to diversify non-oil economic growth and promote export-oriented sectors. “We aim to create the optimum business environment for Bahrain, to ensure the country attracts investment from abroad, as well as encouraging the strong development of home-grown companies,” said the Crown Prince.

With 13 years to go until Vision 2030’s target date, the country is well on its way to reaching its stated aim of becoming a meritocracy where hard work and talent are rewarded with success, transforming it from a regional pioneer to a global contender.