Article - July 17, 2013
Formerly owned by Barclays, Union Bank of Nigeria is under new leadership that has reversed its fortunes in as little as one year 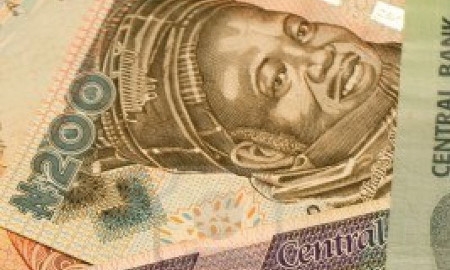 After having experienced a difficult few years following the onslaught of the financial crisis of 2008, Union Bank of Nigeria (UBN) has bounced back and recorded an impressive 2012.
In 2009, the bank’s executive management team was removed following the intervention of the Central Bank of Nigeria (CBN) – a move that was mirrored in many other banks in Nigeria at the time.
An interim management team was brought in by the CBN to stabilise and recapitalise the bank. The Asset Management Corporation of Nigeria (AMCON) – which was established by the CBN to buy up NPLs and recapitalise Nigerian banks amid the crisis – pumped almost N47 billion (£193.2 million) into UBN to get its net asset value back to zero. This was followed by another cash injection of around N80 billion by the majority stakeholder, Union Global Partners Limited (UGPL), in December 2011.
In 2012 Emeka Emuwa joined UPN after spending 25 years with Citibank, and the new Group Managing Director has truly turned the bank’s fortunes around since his arrival.
The 2012 figures speak for themselves: gross earnings for the bank totalled N96.5 billion, up 35 per cent from year-end 2011; profit before tax was N8.1 billion, up from a loss of N102.6 billion the previous year; and customer deposits hit N482 billion by the end of 2012, a 21 per cent increase from 2011.
Earnings per share also improved – 46 kobo (0.2 pence) in 2012 compared to negative 12.51 kobo the year previous.
“Our 2012 results have fully incorporated all costs relating to the recently concluded recapitalisation and clean up of our loan portfolio,” Mr Emuwa said in April on the release of the 2012 results. “Our transformation roadmap is well under execution as we upgrade and strengthen our operating platform so that we can serve our customers better. We are pleased to enter the new financial year on an encouraging note.”
This year is sizing up to be another great one for UPN. In early June it announced a first quarter pre-tax profit increase of 40.33 per cent to N7.69 billion, compared with N5.48 billion in the same period last year. Mr Emuwa is confident that these figures can be improved upon over the coming years.
UPN has implemented a transformation programme that is made up by seven pillars: business model; people and culture; risk management; finance and performance; operations; information technology; and cost management.
At a presentation given at the Nigerian Stock Exchange (NSE) in early June, the GMD of UBN said: “Reliability is at the core of our strategy and transformation programme. We will leverage the rich heritage of the past into the future by modernising our brand and platforms. We will ensure that products, systems, service, people, processes and financial reporting are reliable. We will provide reliable service to existing customers and be seen by stakeholders and customers as trusted partners.”
UBN certainly has a rich past in Nigeria. First established in 1917, the bank was originally called Colonial Bank, before being taken over by Barclays in 1925, and subsequently being renamed Barclays Bank (Dominion, Colonial and Overseas). It became Barclay’s Bank of Nigeria (BBN) in 1969.
The Nigerian government acquired 51.67 per cent of BBN, leaving Barclays with 40 per cent following the enactment of the Nigeria Enterprises Promotion Act of 1972. Barclays finally gave up the remainder of its shares in 1979, all of which were taken up by Nigerians. It assumed the name Union Bank of Nigeria in 1990 and is now owned by UGPL (65 per cent), AMCOM (20 per cent), and consortium of investors.
In July 2009, it was rated the 556th largest bank in the world and the 14th largest bank in Africa. It has also established operations in Britain; Union Bank UK has been operating from London since 1983.