Article - January 13, 2012
Panorama Reports interviews Hon. Pravin Gordhan, Minister of Finance of South Africa, about South Africa´s investement climate and development efforts in light of its recent inclusion in the group of the fastest growing emerging markets, the BRICS 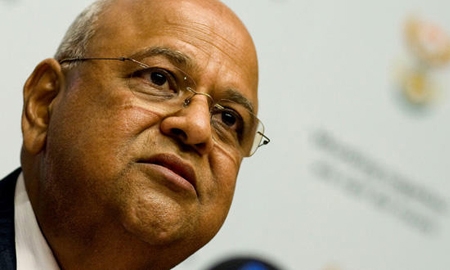 As anyone with liquidity will tell you, the options of where to invest money is not as simple as it once was. Following the collapse of some of the Wall St giants a few years ago, things seemed to go from bad to worse. The enduring uncertainty of the Euro zone and the sovereign debt crisis continues to have many people wondering what the EU will look like in a few years and be even more perplexed in working out who will still be using the Euro as currency.

This of course hasn’t meant bad news for everyone, in spite of the knock on effects. The acronym of BRIC’s has been expanding its club of successful emerging markets, the most recent member being South Africa. According to the Economist, 7 out of the 10 fastest growing economies are on the African continent and, according to recent data, they will be rivalling Asia in terms of growth very soon.

South Africa’s expansion since the end of Apartheid in 1994 has brought a steady rise in confidence from the foreign investment market and in part thanks to the stability provided by the ANC which has allowed 14 international banks to establish offices here as of 2010. Such players as Deutsche Bank and HSBC have had a presence here for many years although the domestic market is still dominated by the five major players, Standard Bank, Nedbank, ABSA, First Rand Bank and Investec who are estimated to hold 85% of banking services in the country. Thanks to the shift in social dynamics, many of these institutions are able to offer similar kinds of services that you would expect from the G8 nations, including structured products to suit the increasing appetite for a sophisticated market.

In a recent interview with the Hon. Pravin Gordhan, Minister of Finance for South Africa and a long time supporter of the ANC, he stated that the ANC had done much for the country.

“It was the only organisation that had a very long history of opposing oppression and repression and fighting for democracy and human rights.”

As with many from Minister Gordhan’s generation, the historical evolution in South Africa is as important to the future as it has been to the past. Looking towards the next generation the Minister stated:

“We need to invest huge amounts of money in our education and training system and ensure that we are building up the capacity of all South Africans to compete in a very competitive and challenging modern world.”

In terms of reacting to the global economic crisis, South Africa was unable to escape totally unharmed and the financial sector was forced into making redundancies. Minister Gordhan has been working on a strategy to reverse this effect and has actively set aside 150 billion Rand over the next 3 years in order to create jobs within the public sector, to invest in training and in various educational institutions.

Aside from the domestic sector, South Africa is aware of the competitive edge it has now that it is the most recent member of the BRICS countries and that creating greater trade between these nations, particularly as it regards investment in infrastructure, will be essential in developing South Africa in line with the government’s initiatives.

While much of the global demand for natural resources will continue to focus on the African continent, many leaders, including Minister Gordhan, are aware that this enables the opportunity to capitalize on trading with technology-based countries such as Germany, South Africa’s second largest importer and fourth largest exporter.

“Germany is known for its technological and innovation capabilities. If we are moving towards industrialisation both in South Africa and the African continent there is scope for new partnerships and investment.”

Given its minimum exposure to toxic debt, South Africa has been able to re- strategise its agenda in order to ensure its long-term ambitions are met. With its current status, South Africa will likely be the first African nation to reach the status of developed country. The exciting part will be what role South Africa can play in the long term as the race for Africa’s continental development truly begins.