Article - December 18, 2013
The young and developing Sudanese banking and financial sector has weathered various challenges and holds a wealth of opportunity for investment, particularly in Islamic products, with potential of reach to hundreds of thousands of new clients 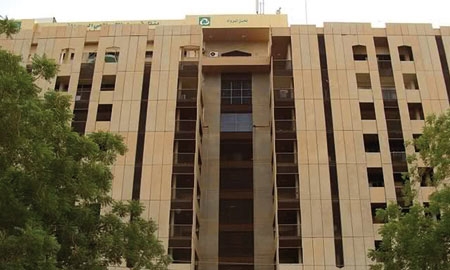 Agriculture has traditionally formed the backbone of Sudan’s economy, contributing to between 35-40 per cent of its GDP and today still employing 80 per cent of the workforce. That was until oil exports started flowing in 1999 and the petroleum industry became the alpha provider of the country’s income. Rising oil production, high oil prices, and significant inflows of foreign direct investment fuelled an economic boom that lasted almost a decade and spurred the creation of new infrastructure and services – particularly in energy, health and education – to serve the nation’s new wealth generator.
The region that is now South Sudan was responsible for about 75 per cent of the former Sudan’s total oil production, 55 per cent of its fiscal revenues and two-thirds of its foreign exchange earnings. Understandably, following South Sudan’s secession in July 2011, Sudan’s oil earnings dropped and its economy took a substantial hit: between 2010 and 2012 real GDP growth fell from 3.4 per cent to -2.6 per cent, inflation increased from around 13 per cent to top 44 per cent, and the current account balance deteriorated from -2.1 per cent of GDP to -10.8 per cent.

Today, Sudan’s current estimated GDP of $2,600 on a purchasing power parity basis places it roughly in the same league as other developing African nations, such as Nigeria, Djibouti, Western Sahara and Cameroon. The secession also prompted the Central Bank of Sudan to introduce a new currency in July 2011, keeping the name of the Sudanese pound, but the value of one Sudanese pound (SDG) has fallen since its introduction from around $0.37 in 2011 to $0.26 in 2012 and $0.17 in 2013.
The Sudanese authorities responded in June 2012 with a comprehensive package of corrective measures to turn around the economic imbalances thrown up by the country’s division and lay the groundwork for a much-needed process of adjustment.  Anti-inflationary measures have been introduced and according to the Ministry of Finance the aim is to bring inflation down to under 21 per cent in 2014 “by applying tough policies but without harming the economy”.

It also points out that inflation was also affected by the Government applying a 60 per cent increase on public sector salaries and its social funding initiatives that help 500,000 families in need of assistance to meet monthly
payments. Other measures taken in 2012 included gradually repealing fuel subsidies, the formal devaluation of the pound, a sharpened focus on more effective tax collection methods and highlighting the huge untapped potential in other sectors of the economy beyond oil and gas.
Sudan’s overlooked industries are a ‘gold mine’ of opportunities for international investors. If tapped appropriately, the country’s gold reserves could potentially make it Africa’s third largest gold miner, after South Africa and Ghana, and one of the top 15 in the world.  As such, the Sudanese authorities are aiming to produce nearly 50 tonnes of gold – with an estimated worth of $2.5 billion – annually in the imminent future.  The Ministry of Finance also points to Sudan’s massive economic and investment potential in a wide range of sectors, such as finance and banking, power generation, agriculture, infrastructure development and telecommunications.
Uniquely, the Sudanese banking system was the first banking system in the world to be based entirely on the rules of Islamic Sharia law, which is rapidly gaining international presence and features principles such as risk-sharing, leasing and interest-free ‘loans’.
Commercial banks represent around 97 per cent of the financial system, based on total assets, with insurance companies and a small microfinance sector making up the remainder.
Efforts are ongoing and in March 2013 a second package of measures and reforms were announced and the IMF reports that the signing of an agreement between Sudan and South Sudan the same month “opens a window of opportunity for renewed policy reforms to address the post-secession challenges” that should add stability to Sudan’s young and developing financial system.