A comprehensive economic and financial revival

Article - April 29, 2014
Pakistan’s Ministry of Finance is already reporting promising signs for 2014, thanks in part to a $6.7 billion loan package from the IMF and the very recent oversubscribed $2 billion-launch of Eurobonds 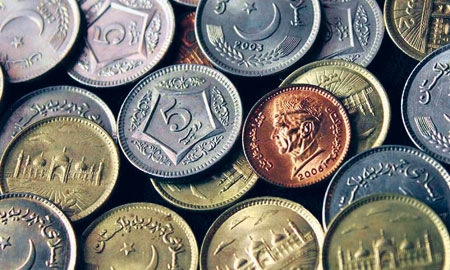 THE STATE BANK OF PAKISTAN CONSIDERS SME LENDING, AGRICULTURAL FINANCING AND HOUSING LOANS TO BE THE ENGINES OF GROWTH
SHARE

The three-year IMF programme is designed to help the South Asian country to rebuild its reserves and prevent a crisis in the balance of payments. It seems to be paying off. Pakistan has already seen a 20 per cent increase in revenues in fiscal year 2013/14, and, as part of its austerity drive, has overseen a 30 per cent fall in non-development expenditure in order to improve revenue.

The country has successfully concluded the first two reviews under its Extended Fund Facility programme with the IMF, and confidence is growing – remittances from overseas Pakistanis reached an all-time high of $15 billion in 2013, and 50 per cent of that has been converted into investments.

During a speech last summer, Finance Minister Mohammad Ishaq Dar underscored the challenges ahead and Pakistan’s commitment to meet its longer term-goals: a 7 per cent rise in GDP, single digit inflation and a fiscal deficit brought down to 4 per cent.
After a promising start of 5 per cent in the first quarter, GDP growth dipped to 4.1 per cent in the first half of fiscal year 2013-14 – this, despite a hugely oversubscribed flotation earlier this month of five- and ten-year Eurobonds. Initially set at $500 million and later increased to $2 billion, this float represented Pakistan’s victorious return to the international debt market after a seven-year hiatus.

Inflows were also boosted when the dollar depreciated against the rupee earlier this year, adding PKR 800 billion (£4.87 billion) to the nation’s currency stockpile.

If put to productive use, the billions raised could translate into enormous economic growth, and of equal importance, national development. The funds – along with growing investor confidence – could also, perhaps, contribute towards turning Pakistan into the world’s 18th largest economy by 2050, as predicted by economist Jim O’Neill.

Meanwhile, Pakistan’s banking sector exemplifies both the country’s significant momentum as well as its undeveloped potential. “The room for growth is huge,” according to Yaseen Anwar, who served as Governor of the State Bank of Pakistan from October 2011 through January this year. “It is untapped for anyone who has the know-how or the entrepreneurial spirit.”

Growth and turnaround in the sector over the last several years has been remarkable, setting numerous milestones. Assets have risen to £59 billion, with pre-tax profitability of £1.8 billion in 2012, an all-time high. Deposits grew at a 17 per cent clip, the highest rate in the last five years, while remittance inflows have more than doubled, reaching a fresh high of £10.7 billion from just over £4 billion in 2006-07.

“The market sentiment is now moving positive, Moody’s for the first time ever has reversed its negative outlook to a positive outlook and the Swiss National Bank has reinforced its stable outlook to a positive stable long term outlook,” according to Mr Anwar. “The banks are returning excellent profits and made bundles out of their investments. The opportunity exists for not only banks but also multinationals and foreign investors.”

Despite banks’ significant gains, a sizeable market has yet to be captured. Only about 12 to 13 per cent of Pakistan’s population of 193 million currently has access to formal financial services. Of the remaining 88 per cent who don’t, less than one-third take part in informal banking, while 56 per cent are completely excluded. Total credit to the private sector makes up just 18 per cent of economic output, a very small share even for an emerging economy.

The existing branch network of the banking system cannot meet the rapidly expanding needs of the country’s population, according to Mr Anwar, and needs to be expanded. The total number of bank branches nationwide currently stands at less than 10,600, putting Pakistan among the countries with the highest per bank population in the world, with around 15,000 persons per branch. Finally, the banking sector has traditionally neglected the financing needs of the micro, small and medium enterprises (SMEs) with 80 per cent of lending directed to just 25,000 borrowers.

The State Bank of Pakistan has made addressing this pent-up demand a top priority. It envisions transforming the financial market into a comprehensive system, providing innovative, market-based financial services to the otherwise excluded poor and marginalised population, including women and young people.

“SME lending, agricultural financing and housing finance credit will be the engines of growth,” according to Mr Anwar.

“You’ve got the housing sector for the banks to go into, you’ve got micro, small and medium enterprises and agriculture. You’ve got payments products, cash management products. You have a truly diversified business.”