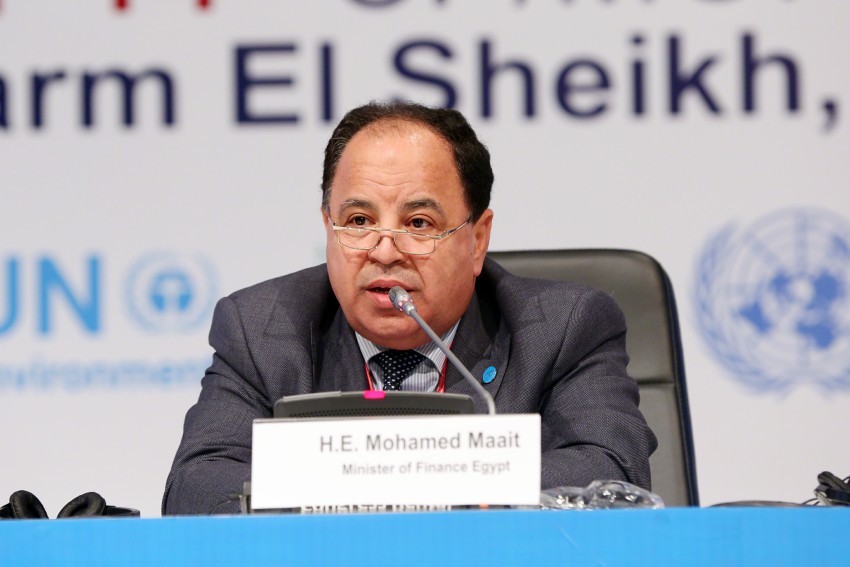 DR. MOHAMED MAAIT WAS NAMED AFRICAN FINANCE MINISTER OF THE YEAR BY THE BANKER IN JANUARY.
SHARE

Tackling Egypt’s long-standing structural challenges has kept finance minister Mohamed Maait extraordinarily busy in the months following his appointment in June 2018. But his efforts have begun to bear fruit. Named African finance minister of the year by The Banker in January, his work in driving Egypt’s ambitious program of economic reform has seen him win plaudits from around the world, with good reason. Today, Egypt’s hard-won macroeconomic stability is laying the foundations for future sustainable growth, attracting investment and providing ever-increasing employment opportunities for the country’s rapidlygrowing population.

In February this year, the executive board of the International Monetary Fund (IMF) carried out its fourth review of the North African nation’s economic reform program, and praised its progress. “Egypt’s macroeconomic outlook remains favorable, supported by strong policy implementation. Robust growth and a narrowing of the current account deficit reflect a rebound in tourism and strong remittances, while unemployment has declined to its lowest level since 2011,” said David Lipton, first deputy managing director of the IMF, who also underscored the country’s stringent monetary policy stance, which has kept inflation under control despite  temporary increases in global food and energy prices.

“Our inflation decreased from 33 percent in July 2017, having decreased to 12 percent in December 2018,” says Minister Maait, adding that he expects to finish the current financial year, which runs to the end of June, with single-digit inflation.

For the minister, the numbers speak for themselves. “To assess the situation we have to compare the country’s growth to three or four years ago, when GDP growth was around 2 percent. This year, it is 5.6 percent and next year it will be 6 percent,” he says. “For the first time in 15-20 years, we have moved from a primary deficit to a primary surplus of 0.1 percent last year and 2 percent this year. This is continuing to improve, decreasing the overall deficit from 12.9 percent in FY 2012/13 to 8.4 percent, and next year we expect it to be 7.2 percent.”

With this growth and stability comes renewed investor confidence. The Egyptian stock market is now among the most profitable markets in the world, and the VanEck Vectors Egypt Index ETF, a U.S.-listed ETF dedicated to Egyptian equities, is up by nearly 20 percent year-to-date, making it one of the best-performing single-country ETFs. As a result, international ratings agencies are beginning to lift their outlook on the country’s debt. Most recently, Fitch Ratings upgraded Egypt’s long-term foreign-currency issuer default rating to B+ from B, with a stable outlook. “Egypt has made further progress in implementing economic and fiscal reforms, which are driving improved macroeconomic stability, fiscal consolidation and stronger external finances,” Fitch clarified in a report.

But this progress has not been without its difficulties. Reducing the country’s debt burden remains a key target. “We have challenges. Our debt on 30 June 2017 reached 108 percent of our GDP, which was very dangerous. Our debt service was more than 55 percent of our expenditure,” says Minister Maait. “What we did was we finally reduced it 92.8 percent this year and 89.2 percent next year.”

The government has been able to do this, in part, after implementing a value-added tax (VAT) regime which has substantially increased tax revenues, alongside a reduction in energy subsidies which has shored up the country’s financial situation.

Perhaps the most important outcome of the government’s reform efforts has been the decrease in unemployment from 13.3 percent to 8.9 percent. For a country with a vast youthful population, this metric not only indicates economic stability, but also contributes to the stability of society, as unemployed youth in Egypt represent a key risk. With unemployment figures now down to pre-revolution levels thanks to the economic recovery and an uptick in national development projects which provide jobs, the future is once again bright for the people of Egypt.

As Minister Maait points out, “We are adopting policies aimed at enhancing the living standards of citizens and protecting the most vulnerable groups.”