Article - December 18, 2013
The Government has made great efforts in increasing educational access for children in Sudan 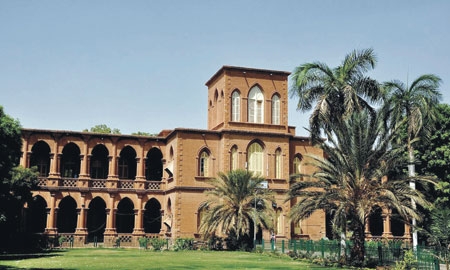 Considering the fact that little over 10 years ago studies found that primary school enrollment stood at only 46 per cent in Sudan, a recent report conducted by the Ministry of Education which demonstrates that this figure has risen beyond 70 per cent goes to show just how far things have advanced for education in the country.
Over the last decade the Government has worked to significantly improve access to education for children in Sudan. Educational access in areas previously affected by conflict has particularly improved, especially since the signing of the peace agreements in 2005 and 2006.
What’s more, estimates suggest that, on average, 90 per cent of all children in northern Sudan have now had access to a formal school since 2010.
The World Bank supported Basic Education Project (BEP) is one initiative that has helped the country witness such great improvements over the last few years, especially so in the challenge of leveling regional disparities in access to education.
“The World Bank’s support is the first of its kind,” explains Sudan’s Minister of Education.  “It has focused on basic education in the remotest states, emphasising student intake as well as the quality and institutional structure.”
Having seen several new schools built in the four BEP targeted states, the programme has not only helped contribute to a higher number of student’s in attendance every day, but also to reduce dropout rates, increased retention and improved test scores.
Meanwhile, the BEP has also supported efforts to enhance teacher quality by funding training sessions, with over 10,000 teachers having received skills coaching in Arabic, mathematics and English through the BEP in total.
“Education is [also] a tool to fight poverty,” the Director General for Education in North Kordofan, Ismail Maki told the World Bank in March.
As Mr Maki identifies, in a time when Sudan is making all sorts of efforts to strengthen its economy through different measures, investment in education is the one sure-fire way to guarantee a more established long-term socio-economic development, and thus lift people from deprivation.
“The challenges ahead for Sudan relate not only to further reducing inequities in access, but in improving the efficiency of the education system to produce young adults equipped with the skills and knowledge to secure their livelihoods and contribute towards their society,” says the World Bank in its latest study.
And with this goal evidently in the mind of the Sudanese Government, the progress being made at the base of the education already seems to be having the desired positive effect further up the system, with the number of students accepted at universities across the country also now rising substantially.
From a number of 50,000 higher education students in the 1990s, more than 500,000 are now accepted at the country’s universities.  And while this ten-fold multiplication in the number of higher education entrants has not only been down to the gains made in lower education, it has
also been due the increased investment and funding made for the construction and running of institutions.
“The number of schools we have now stands at 4,792 and the number of universities are more than 40,” says the Minister of Education.
“The greater distribution of universities in all of Sudan’s states is contributing to our [national] development. With this, an increased number of students are bearing witness to the Government’s policy of expansion in education and the creation of partnerships with the private sector to
attain quality and excellence. This in turn is guiding the education sector towards international criteria and standards to reinforce this quality and excellence.”