Article - March 8, 2013
The government has targeted education as a key sector in bringing Kuwait back to its former glory as the region’s “shining star” of social and economic development 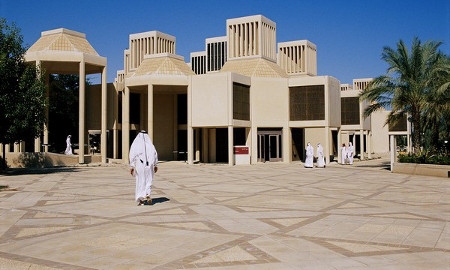 “Higher education is not local; it is international.” This statement by Dr. Farida M. Ali, Deputy Secretary General of the Private Universities Council (PUC), truly sums up the direction in which education, especially at the tertiary level, is heading in Kuwait.
One very evident way in which this is manifested is in the PUC’s requisite that any new institution of higher education seeking a license must be affiliated with a reputable international institution.
“We do not license any institution to start homemade programs from scratch,” says Dr. Ali. “We take no chances on experimentation. All of the licensed institutions in Kuwait are affiliated with institutions either in the United States, Britain, Australia or Holland.”
For the Ministry of Higher Education (MoHE) improving the quality of higher education is a top priority for two main reasons. Firstly, in Kuwait 90% of the jobs are in the public sector, where the pay scale is based on diplomas.
Dr. Ali explains: “Although we are a wealthy country, if you work for the government, your income is related to your level of education. The way the system is structured makes education very important. More and more, Bachelors degrees are becoming something that everyone has.”
Secondly, the MoHE and the PUC would like to see the private sector take on a larger role in driving the economy forward, and to do so, graduates need a stronger and more globalized educational background.
Dr. Khalid M. Al-Saad, Undersecretary at the MoHE, criticizes the way Kuwaiti oil has generated wealth but not jobs, per se. “There is a big difference between jobs and wealth. In 1987, we did a macro-economic study in all sectors with a group of professors from Harvard and MIT. The main recommendation of that study was to transform oil into human resource development because we think this is where the future of the country lies.
“If you look at why Kuwait was the shining star of the 1960-1970s it was because of the human resources – Kuwaiti and non-Kuwaiti – that we had at that time. Kuwaitis were pioneers in the Gulf for studying abroad and coming back and for trading with other countries,” he says.
This golden era of education ended in the 1980s when the country witnessed a sharp downturn, provoked by the Souk Al Manakh stock market crash. The government began enforcing “Kuwaitization”, replacing ex-pats with Kuwaitis, regardless of merit, and those foreigners who did stay on began seeing their salaries become a fraction of those of their Kuwaiti counterparts.
The Kuwaitization policy also applied to the education sector, which despite enjoying an extremely high expenditure and nearly 100% enrolment rates, deteriorated and began training students for a future in the non-competitive and non-innovative public sector.
This is slowly turning around, and the MoHE established the PUC not only to license new institutions but also to maintain the quality in higher education. One of its goals is to transform the sector into one that caters increasingly more to the needs of the private sector.
The MoHE has a merit scholarship program – at both the undergraduate and as of very recently at the graduate level – that incentivize students to excel. “With the merit program there are more financial incentives for scholarship students to be enrolled in American Ivy League schools, and to compete to score at least a 3.0 GPA,” explains Dr. Al-Saad.
“Through our scholarship program we encourage our students to enroll in top universities and compete. Once they have that motivation, then they would find the private sector more self-fulfilling, more challenging, and more rewarding than the public sector. Also, we’re concentrating on areas needed for the private sector and fortransforming the country into a commercial and financial center for IT, finance and medical sciences.”