Guyana ranks among the world’s top proportional spenders on education and is investing in key areas to ensure it spurs long-term benefits for the country’s socioeconomic development. 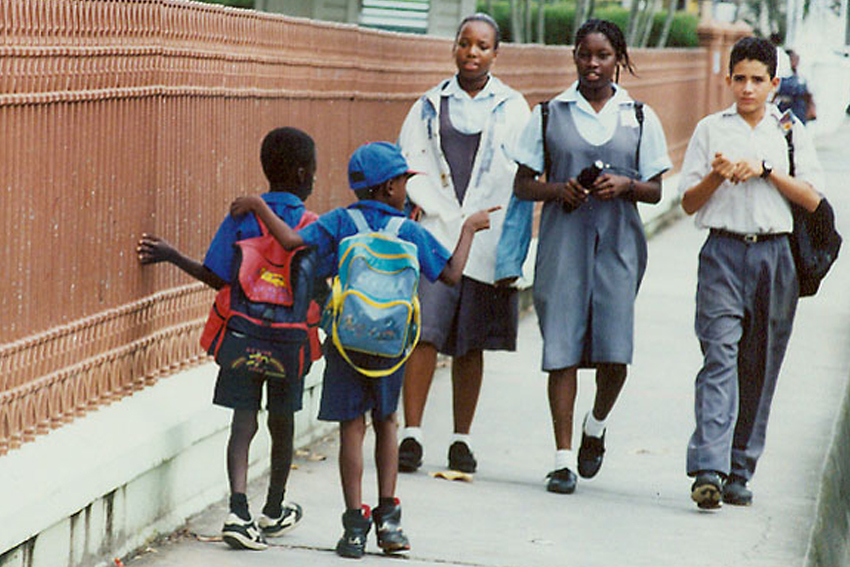 To see students are suitably kitted out for school, thousands of pairs of footwear were destined to children primarily in the hinterland and coastal areas as a complement to the $424.2 million earmarked to continue the school uniform program that benefits more than 204,000 schoolchildren. Plus, $1.9 billion caters to ensuring students receive a hot meal, an increase of around 46% on 2015.

The government has been looking into issues such as school attendance, punctuality and students’ access to schools, as well as encouraging parents to take on supporting roles in their children’s education.

Teacher development schemes, including training on how to address psycho-social problems in schools, and improvements to physical infrastructure were also targeted this year. In 2015, $2.1 billion was spent on the construction, extension, rehabilitation, and maintenance of Guyana’s educational facilities; this year the budget was upped to $4.3 billion. There are also moves to improve remuneration and conditions for teachers to encourage more entrants into the profession and raise its image.

The efforts are evidence of the government’s desire to push education as a means to sustainable development.

For years, development strategists have advocated the interrelation between education, culture and development as being intrinsic to a country’s progress, and that while finance, technology and infrastructure are undeniably vital to socioeconomic advancement, the human factor is arguably the most important ingredient to successfully developing a nation in the long term. Guyana’s Minster of Education Dr Rupert Roopnaraine also sees education as a vital element to easing historical tensions running between its two major ethnic groups, among its other benefits.

“Education is key,” comments Dr Roopnaraine, who is also responsible for youth, sports and culture. “Sports and culture are two areas of activity where it's very difficult to maintain division. Those are activities that bring people together into rule-based competition. I think that completely harmonious relations among people are going to be achieved through education. The more that we can bring more and more people into an enriched educational space, the more successful we will be at achieving the harmony that we're looking for.

Guyana has already achieved universal primary education. “Universal secondary education would be, to my mind, a real mark of success in the course of the next five years,” says the minister. He adds that the government needs to tackle the deteriorated physical condition of the nation’s schools as well as their sports facilities.

Dr Roopnaraine is a staunch advocate of expanding extra-curricular activities, and is a particular proponent of the benefits of sports and music on developing minds and characters. “Getting the children singing throughout the country is something I would really like to see, and we are beginning to work at it,” he says. “Enhancing sports facilities in schools is of course key as well. There's a lot that needs to be done.”

Primary and secondary education in Guyana is provided largely by the state, through the Ministry of Education, and the education system itself is a legacy from the country’s period as British Guiana. Its university, by contrast, is not under the ministry's control but is administered by its own independent University Council, with government representatives sitting in on the council.

Earlier this year the government asserted its commitment to providing the necessary resources, over time, to upgrade the University of Guyana so it can attract – and retain – quality academic staff and produce quality graduates. In 2016 it allocated $3.2 billion, a 52% increase on 2015, “as a first step to making the university a true institution of higher learning,” according to Finance Minister Winston Jordan. He adds that this reflects the government’s appreciation of the vital role a university plays in supporting knowledge-driven economic growth strategies and fostering democratic, socially cohesive societies.

“We have a great interest in what comes out of the university,” says Dr Roopnaraine. “We have oil that we have discovered, which means that within the next five years, which is not a long time, we have to really produce through the educational system and at the university a significant number of people who are going to be equipped to work in the oil and gas industry. That is going to be an immediate challenge to ensure that we provide what the industry is going to require.”