The German Academic Exchange Service, known as DAAD, has facilitated the transfer of 30,000 Indonesian students to German universities over the past 60 years, while also helping the country build its own education system 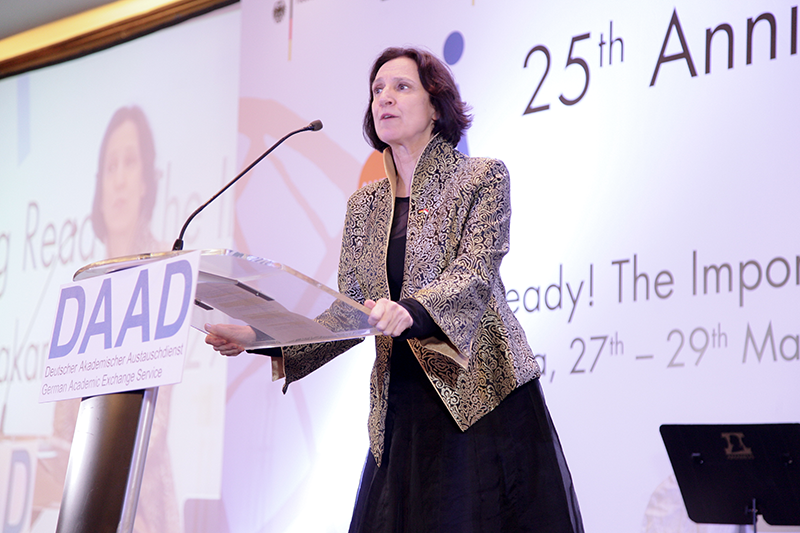 When a pioneering young German named Carl Joachim Friedrich founded the Deutscher Akademischer Austauschdienst (DAAD), or the German Academic Exchange Service, in 1925 (after he managed to obtain 13 fellowships for Germans to study in the US), the reality of ‘international education’ was at that point a privilege preserved for only a select few.

Almost a century later, owing to the increasing trends of globalization, as well as the efforts of organizations such as DAAD – which today awards more than 65,000 fellowships a year and is the largest grantor of international academic mobility support in the world – the scope for students of all backgrounds wanting to study abroad has become significantly wider.

The global population of internationally mobile students is in fact set to rise to over 5 million this year, having more than doubled since the turn of the millennium. And according to a report released by the Organization of Economic Cooperation and Development (OECD), Asia has been particularly key to this growth, with students from the region accounting for 53% of all foreign students today. While China contributes by far and away the largest amount of mobile students around the world (one out of six is Chinese), another Asian country which has experienced a massive increase in its number of international learners over the past few years is Indonesia.

“Indonesia is now among the top 20 source countries for foreign students in Germany,” says Dr. Irene Jansen, the Indonesian director of DAAD – the German agency which supports international academic cooperation and represents German higher education institutions abroad.  “We have seen a rise of more than 13% with regard to Indonesian students in Germany just between 2012 and 2013. We have also seen a rise of 131% in Indonesian graduates during the last ten years.”

The rise of international students from Indonesia is no doubt indicative of the advances in education worldwide.  As the globe’s emerging economies have embarked on rapid development over the past thirty years, efforts to improve education standards across the developing world have increasingly come to the fore.  Indeed, with governments and institutions from these countries turning to sophisticated education systems like those across Europe  for help in capacity building, international organizations like DAAD have been on hand not only to aid in this process, but also offer the opportunity of international study to people that may never have had the chance.

The result of this, says Dr. Jansen, is an enhanced culture of education in countries like Indonesia, with more and more people developing an appetite for learning. “Now people are really interested in education opportunities here or outside the country. You really notice the hunger for knowledge,” she asserts.

A private, publicly funded organization, DAAD has been responsible for assisting the education of some 30,000 Indonesians studying in Germany over the 60 years, as well as assisting the country in building its own higher education system. “So, in terms of development, Germany has played an important role in Indonesia,” explains Dr. Jansen. “As a partner for so many years, DAAD has done a lot for capacity building. From day one here, we have had a Memorandum of Understanding with the Minister of Science focusing on staff upgrading and institution building.”

Going forward, having collaborated so successfully with Germany, as well as other European institutions and international organizations in the field of education, a big challenge ahead for Indonesia – and Southeast Asia as a whole – will be how well the region can integrate its education sectors as it embarks on the Association of South East Asian Nations (ASEAN) Economic Community in 2015.  Dr. Jansen says that DAAD will be fully behind Indonesia and other ASEAN countries in this process: “The goal is harmonization of the higher education landscape in ASEAN. Big European agencies like the DAAD will be working on this together; supporting institutions of higher education.”