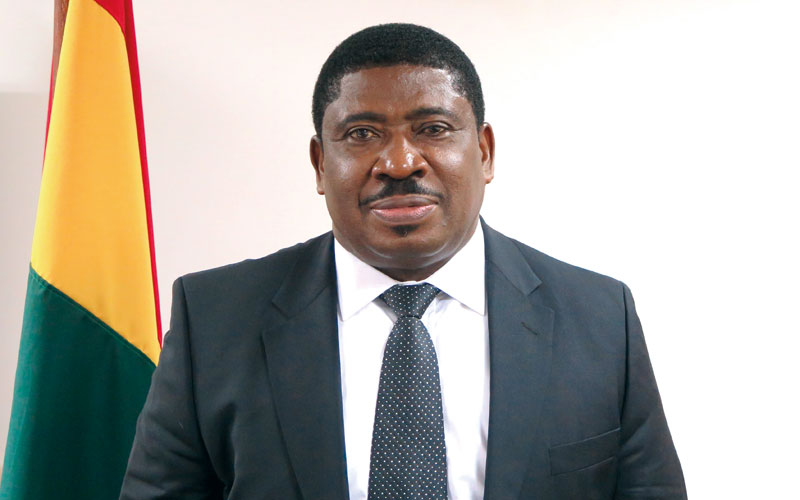 The economic turbulence that Ghana has been experiencing for the past several years has brought about some tough decisions that its leaders say will contribute to the country’s long-term stability and prosperity. Faced with an unsustainable current account balance, rising inflation and a depreciated currency, its leaders have not shied away from taking important steps to ensure that its impressive growth trajectory is not derailed by internal or external shocks. These measures include trimming spending to improve the government’s balance sheet, seeking assistance from the International Monetary Fund and encouraging investment and private sector development.

Ghana’s well-timed call for IMF assistance this year has helped to restore some stability to the country’s economy, and to keep it on track. The fund’s figures show inflation dropping by roughly two percentage points annually over the next two years, steadily declining to about 8 per cent by 2018 and remaining stable thereafter. Export growth, meanwhile, will leap to 12 per cent in 2015, the IMF forecasts, on its way to nearly 30 per cent the following year. Critically, Ghana’s current account deficit will drop by 4 percentage points by 2015 and remain under 7 per cent in the years to come, as government revenues expand to nearly one-quarter of GDP by 2019.

Another way the country has laid the groundwork for macroeconomic stability is through the modernisation of its tax code. “Our mandate is to ensure efficient and effective mobilisation of revenue,” explains George Blankson, Commissioner General of the Ghana Revenue Authority (GRA). “Tax mobilisation and revenue mobilisation do not hinder growth and business, but rather promote development of the economy.”

The GRA has responded to Ghana’s current fiscal restrictions by streamlining and simplifying the country’s tax system, with an eye toward facilitating business and investments. “When the tax system has a lot of loopholes for evasion and so on, it acts as a disincentive to those tax payers who want to comply,” Mr Blankson continues. “To make the tax system fair and efficient, so that investors would see the incentives to comply, we apply the tax in a fair manner, and we also encourage transparency. It is only when you apply taxes on a level playing field and then use the revenue for infrastructural development to create skills and manpower required by investors that you will develop rapidly.”

Another response implemented by the GRA is to address the low adult population inclusion in the financial system by educating the population about tax duties. Mr Blankson says, “Only when people and business communities are brought in and educated about what tax laws are, and how they should comply, can we have voluntary compliance with tax laws.”

He observes: “Voluntary compliance with tax laws is not only cheaper for tax administration, but also more productive. When people don’t know what they are required to do, it is not fair even to apply sanctions to them.”

Mr Blankson further emphasises that it is important for Ghana’s citizens to understand that taxes will be spent on the most effective way so that it will make an impact on the population. He adds, “In designing our tax policies and procedures by which we mobilise revenue, we ensure that tax payers are not duly inconvenienced, and also ensures that the tax structure itself promotes business.”

Mr Kweku Ricketts-Hagan, Deputy Minister of Trade and Industry, also recognises the fact that the Ghanaian tax system has been manipulated by “human interventions” in terms of individuals being involved in the collection of taxes. He reassures that they are “trying gradually to put all tax mobilisation on an electronic platform and take out the corruption issues that we have in that area.”

Elaborating on the tax reform, Mr Ricketts-Hagan explains: “We have brought all the revenue agencies under one umbrella through the GRA. If you bring all this together, people can benefit from synergies and economies of scale.”

A simplified tax code has helped to provide investors the clarity they need to create long-term plans, the deputy minister argues. “As for our tax laws, we realised that we have not reviewed our tax laws for many years. Some of the taxes were obsolete, limited, and unfair. We embarked on a very comprehensive tax reform,” he says. “The business sector is very solid. It is the private sector that drives the economy.”

Mr Blankson agrees, adding, “In Ghana, especially in the last decade, private sector (leads) the growth process, and the modernisation of the economy. We have generally referred to the private sector as the engine of growth for the economy.”