The government has an initiative to draw 300,000 international students to Japanese universities, as well as encourage more native students to go abroad 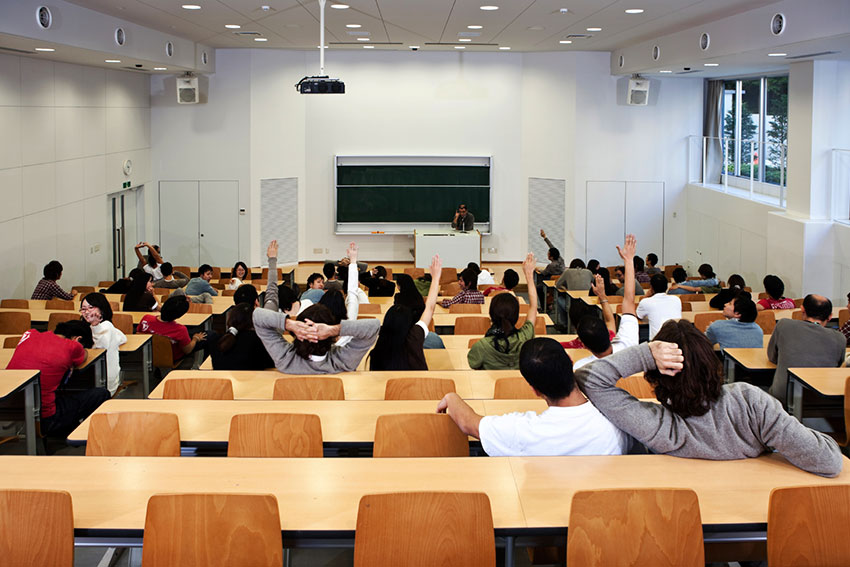 Improving Japan’s human capital is just as fundamental to the Abenomics agenda as fiscal and monetary reform. The Prime Minister is not alone in realizing that the country needs to go global in a big way. Achieving that goal will depend on forward-looking people with a full set of communications and leadership skills, plus the adaptability to put them to good use.

Right now, those people are in short supply. While the recession lasted, families could not afford to have their children study outside the country. That phase has ended and the government is encouraging young people to go abroad to work or study while inviting foreign students to attend Japanese universities that offer exchange programs designed to make studying in Japan attractive as well as productive.

“What we need now are people who can play an active role on the global front. We are trying to increase the number of Japanese students who want to study overseas and also the number of foreign students who choose to study in Japan,” says Dr. Susumu Satomi, President of Tohoku University.

Tohoku is one of Japan’s nine Imperial universities and the first among them to admit non-Japanese students in 1911. Dr. Satomi admits they are still at the groundwork stage: preparing more courses to be taught entirely in English, building dormitories where Japanese and foreign students can interact, and serving as a hub for Japanese students interested in studying abroad. “Companies are just now beginning to encourage students with overseas experience to apply because they are seeing the advantages they can bring. And Japanese students are increasingly aware of that change in mindset.”

Prime Minister Abe was on a visit to Canberra last year when one of his country’s most prestigious private institutions, Ritsumeikan University, signed a memorandum of  understanding  (MOU) with the Australian National University, on reciprocal credit transfers for undergraduate courses. According to the Chancellor and President, Dr.  Mikio Yoshida, Ritsumeikan’s new, custom-built campus at Osaki-Ibaraki has facilities for state-of-the-art research in disciplines like robotics and engineering. “Ritsumeikan prides itself on the  total number of international students, at 3,819, and the various programs it has developed for them,” Dr. Yoshida adds.

The Chairman of the Tokyo University of Science, Shigeru  “Sam”  Nakane, would send all 20,000 of his students every year to study abroad, if that much dormitory space were available, but failing that, he has 30 students enrolled at the University of Texas at Arlington. Mr. Nakane would not be terribly concerned if they come back speaking English with a Texas drawl...or no English at all.

“Language can be learned anywhere, but leadership and interpersonal skills develop with experience,” he argues. “Management and entrepreneurship are things you can’t learn in the lecture hall. There are things you can’t learn from textbooks.”
Kwansei Gakuin University (KGU) was founded 126 years ago. Its current president, Osamu Murata, is proud to reaffirm the Christian principles on which it was established. KGU  has agreements with over 140 universities in 36 countries, including more than 30 institutions in the U.S.

“Our university’s principles have very close affinity with American universities,” says Mr. Murata. “It was founded by a missionary from the U.S named Russell Lambuth. We are also very close to the U.S. thanks to our beloved football team and for the last four consecutive  years our football team has been number one in Japan.”