Egypt’s banks are ready to partner at EEDC

A vital ingredient in Egypt’s success in carrying out the projects it will present at the Egypt Economic Development Conference is financing, and local banks are lining up to partner with investors 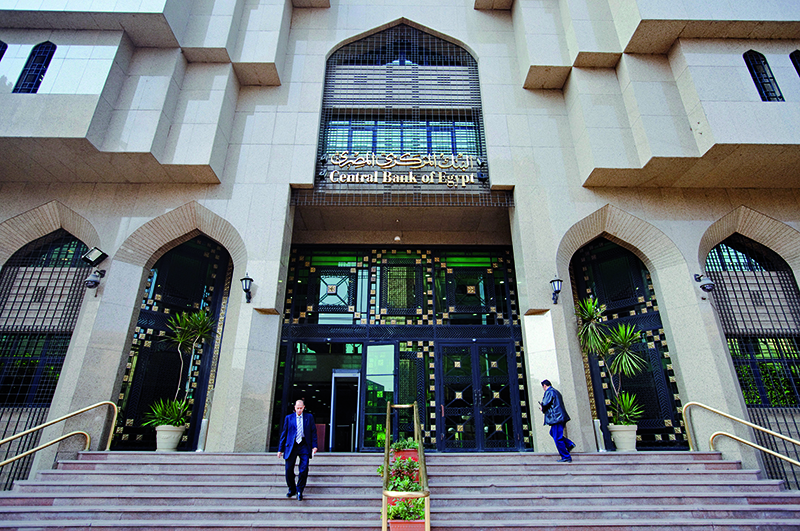 Egypt’s financial sector is one of the most promising industries in the country and in the MENA region at large, and now Egyptian banks are preparing to flex their financing muscles alongside their international counterparts and play a major role in backing the array of projects that will be in the global investment spotlight at the highly anticipated Egypt Economic Development Conference (EEDC).

“Organizing the EEDC is considered as a strategic step on the route to the development of our national economy and a proof of the great unexploited capabilities and potentials,” says Hisham Ezz Al-Arab, Chairman of Commercial International Bank (CIB), the country’s largest private sector lender.

“This is not a donor’s conference,” he continues. “EEDC is a means through which we tell the world what is our economic DNA, the terms and conditions for conducting business in Egypt and expose the opportunities for investors. It is to promote all the current mega projects and give a clear direction to the international community on where the country is going.”

Nevine Loutfy, CEO of Abu Dhabi Islamic Bank (ADIB) Egypt, also hails the EEDC as a special opportunity for the public and private sectors to come together, adding that it is also “about showing support for government efforts such as the one-stop shop, among others. They support us by preparing the environmental conditions and it’s up to us to close the deals. They set the scene and we act.”

At the summit, Egypt will present more than 120 projects in total, including several mega projects and at least 10 large projects in the communications sector, both private-led and as public-private partnerships. A recent IMF report described these as a “cornerstone of the authorities’ growth strategy.”

Egypt’s Ministry of Investment has already allocated over 30 projects to 15 investment banks worth EGP20 billion ($2.6 billion), in order to fast-track project execution by the conference. “At least 15 to 20 of them are expected to be immediately viable, bankable projects,” says Ashraf Salman, Investment Minister. “The remainder will be offered in the following months to investors.”

The conference hopes to match private and public sector investors with the right investment opportunities. “All of the investment banks will present their projects,” says Dr. Naglaa El Ehwany, Minister of International Cooperation. “If they succeed in finding special investors before the conference, they can sign the deal at the conference. If not, they will continue working together after the conference.”

“We will be presenting five projects at the EEDC,” remarks Hassan Abdalla, Vice-Chairman and Managing Director of AAIB. “I believe the conference will raise awareness, though it is the follow up process resulting that is essential. It’s an opportunity for the world to look at Egypt, assess the situation and be reassured on potential investment.”

With a forte in traditional and investment banking, AAIB is responsible for more than 60% of the corporate bonds in the market as well as the largest mergers and acquisitions in Egypt. On the other hand, Mr. Abdalla remarks that the bank is planning to start a micro-financing company and be more aggressive in retail and mortgages.

ADIB Egypt will also participate in various projects. “We were mandated two projects,” says Zeinab Hashem, Managing Director of ADIB Capital. “We recently acquired another three titles and five joint projects with investment banks, PriceWaterhouseCooper and Ernst & Young. These are mainly in transportation. The initial two were in electricity generation and in an oil refinery. We are expecting to close them by the conference.”

“We have also received opportunities from the private sector and may present projects such as a wind farm and medical center in their slot. However, we are currently still looking at the numbers,” she continues. “We recognize the importance of the conference and that’s why we decided to become a Platinum sponsor.”

ADIB Egypt has already proven to be a reliable partner for the private sector, especially since it restructured its micro-finance branch in late 2013. “There are still challenges for an efficient and solid structure of SME financing but I’m very proud that we have approved over EGP800million worth of lines of financing,” underscores Ms. Loutfy.

CIB’s chairman, Mr. Ezz Al-Arab, points out that his bank is also well-placed to assist investors interested in participating in Egypt’s upcoming projects, as “CIB has been the partner of choice for Egypt’s 700 largest corporates for the past 40 years.” This claim is supported by EMEA Finance’s having named it ‘Best Local Bank in Egypt’ in 2014, for the seventh consecutive year.

Between year-end 2013 and 2014, CIB’s total standalone gross loan portfolio grew by more than EGP8 billion, or 18%, to EGP53.7 billion. The bank’s net income reached EGP3.7 billion, an increase of 24% over the previous year.

Currently, Egypt has around 40 banks with around 3,634 branches. In 2013, Egyptian banks extended credits worth around $71 billion, and accepted deposits of approximately $155 billion.

In October 2014, Moody’s upgraded Egypt’s outlook from negative to stable, a decision based on the country’s improved political stability, fiscal consolidation and signs of growth recovery. In addition, Fitch Ratings has upgraded Egypt’s credit rating one rank to “B” with a “stable” outlook. The agency cited accelerating economic growth, which year-on-year reached 6.8% in the third quarter of 2014 – the highest since 2008 – compared to just 3.7% in the previous quarter.

“The upgrades from the agencies are not surprising,” remarks Ms. Loutfy. “I was surprised by the negative ratings they had given us before because for most of us in the finance sector, the economic outlook was quite the opposite.”

The 2015 IMF report states: “The banking system has been resilient in the face of economic turmoil in recent years. Profitability remains high, non-performing loans are low, and domestic liquidity is ample.” That said, the credit to private sector is still low, as banks benefited from investing in high-yielding, zero-risk weighted government debt.

Mr. Ezz Al-Arab sees this gap as an opportunity. “As it stands today, there remains huge untapped growth potential in the domestic market mainly in the retail and SMEs sectors,” he says. “A large majority of the Egyptian community is under-banked.”

Nevertheless, Egyptian banks have a stable funding base through deposits with most lending being denominated in domestic currency. The country’s banks face a strong need of foreign-currency liquidity.

“Only 10% of the remittances earned by Egyptians working abroad, which last fiscal year amounted to some $18.5 billion a year, are deposited in the banks,” Governor of Central Bank of Egypt, Hisham Ramez, recently told Ahram Online.

The EEDC aside, Egypt’s banks have long been instrumental in providing finance for various areas of economic development. For example, Banque Misr has established major investment funds in Egypt. State-owned Banque du Caire is a strong contributor to the development of the petroleum sector; along with several other banks, it extended loans to Misr Petroleum Company and Petroleum Cooperative Society valued at EGP3 billion ($393 million) to buy petroleum products.

Other notable players on the market are Qalaa Holdings (the leading investment company in Africa and the Middle East), Bank of Alexandria and EFG Hermes. The latter is one of the top investment banks in the Arab world, active in investment banking, asset management, securities brokerage, research and private equity.

Among foreign banks, Barclays Bank has solid plans in the Egyptian market. “We have an ambitious expansion and growth plan in the Egyptian market for 2015,” says Tarek Elrefai, Barclays Bank Egypt’s new General Manager, “including growth opportunities in the large corporates and multinationals market, in addition to expansion in financing development projects, government institutions and greater focus on SME, Prestige customers and Premier customers. We will also focus on five key aspects of our strategy for 2015 including Large Corporate Deals, Corporate Finance and Corporate Development, Innovation and Digitization, Value Added Products, Branch Optimization and SMEs.”

Having recorded consistent profits in fiscal year 2013/2014 despite having provided loans through treasury bonds to fill the government’s budget deficit, Egypt’s banking sector appears to be in an excellent position to fulfill its vital role in helping turn the Al-Sisi administration’s visions of development into reality. And the EEDC will be a pivotal step in that direction.