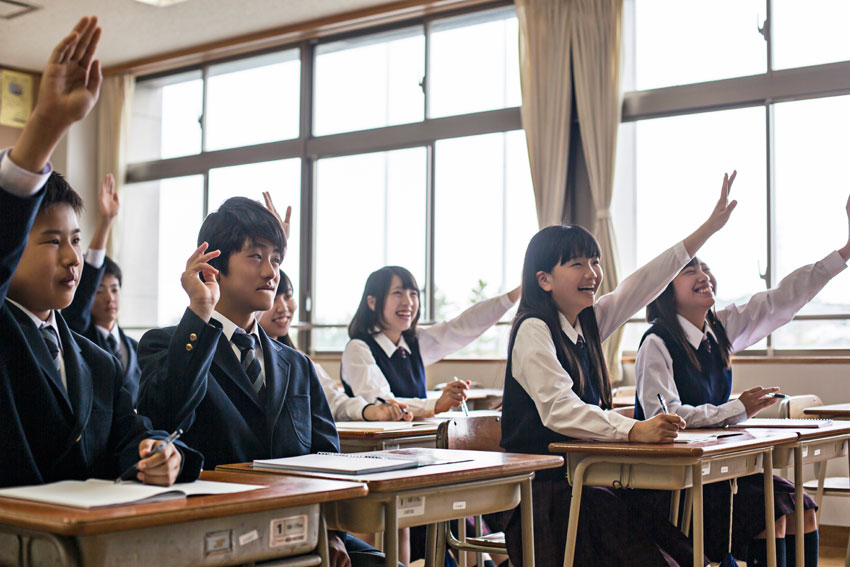 Eager to embrace the  world, Japan’s government has focused its efforts on rapidly developing its higher education system to deliver the goals of Prime Minister Shinzo Abe.

Key to this has been increasing both the number of international students coming into Japan and ramping up the number of those heading out on exchange programs, says Hakubun Shimomura, former Minister of Education, Culture, Sports, Science and Technology (MEXT).

“At present, English education starts in the fifth year of elementary school, but we have decided that it will start two years earlier,” he adds. “We have a program called JET, in which we invite native English speakers to come to Japan and work as assistants teaching English in Japanese classrooms.” There are currently around 8,000 young people undertaking this job each year.

Improving the dialogue between U.S. and Japanese institutions will also see the two countries offering joint degrees and allowing students to share credits between universities.

Japan is not alone in its attempts to forge wider cultural ties in the educational sector, says Osamu Murata, President of Kwansei Gakuin University, and creating an international currency of ‘competency’ is an ongoing challenge.

“This is an issue that the higher education institutions of the world, including the U.S., are facing at the moment and Japan is among those countries in facing this issue of how to globalize. And just as the various developing nations are conducting university reform, Japan’s universities must do the same. Abenomics is promoting the growth of people who are capable of enacting innovation and we believe that universities must be transformed from the current traditional model of simply pouring knowledge into these young people to creating human capital that is ready for a more globalized world.” With few natural resources available, Japan’s focus is indeed on improving its human capital and Dr. Mikio Yoshida, Chancellor and President of Ritsumeikan University, says an outward-looking university system will determine the success of Abenomics.

"Abenomics is an approach to raise global human resources and to develop further innovation for strengthening the growth of a university,” he says. “The concept of wanting to enrich the international education system is an important factor and only if the policy of finance and the strategy to develop globalization in universities fit perfectly with each other, we will then be able to say that Abenomics works.”

Government policy is already changing and it has set targets to ensure 10 of its institutions rank within the world’s top 100 universities, but Kaoru Kamata, President at Waseda University, says fundamental transformations are also underway.

“Up until now national education policy has placed more importance on the independence of universities, leaving each university to act on its own. But now the atmosphere has changed. In the past international education was left up to a few private institutions like Waseda, but in the last two years the situation has changed and now the national universities are also moving in that direction. This is not a revolutionary change but it is more that the natural competitive forces of the global education market have finally taken hold and forced changes.”

Indeed there are clear indicators that in fields such as research and development, Japanese influence is growing. And for Dr. Susumu Satomi, President of Tohoku University and President of the Japan Association of National Universities, it is a crucial moment that could lay the foundations for the country’s future prosperity.

“The results that are produced from research by Japanese universities, the new discoveries and the new developments, are crucial to Japan’s economy,” he says. “I think that they are the future of Japan’s economy.”