Africa’s corporations look to build infrastructure for the future 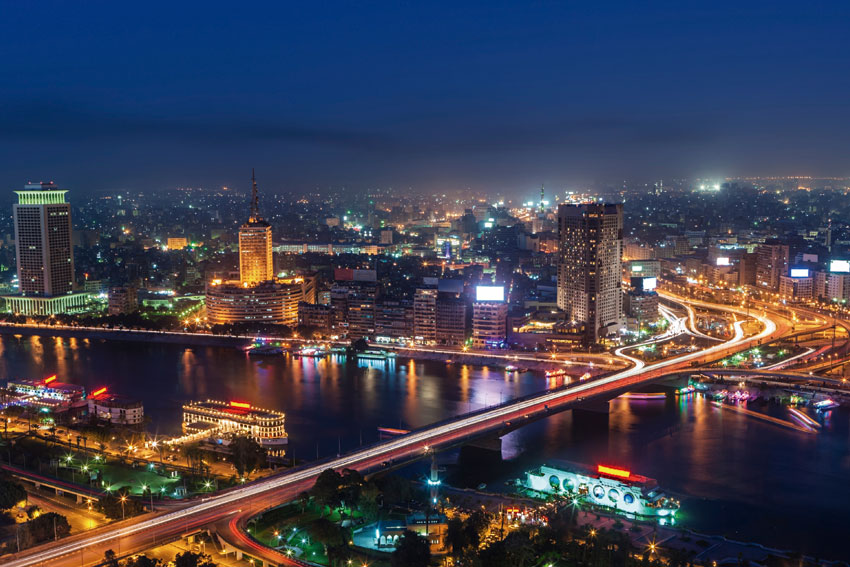 With a sharp drop in commodity prices and a slowdown in China’s economy, global economists have been expressing increasing concern about Africa’s development prospects in the short and medium-term future. In sub-Saharan Africa, economic expansion has slowed significantly and is now forecast at 3.75% this year and 4.5% in 2016, compared to 5% in 2014, according to the International Monetary Fund (IMF). The IMF blames the economic headwinds not only on the aforementioned commodities rout, but also on the tightening of financial conditions globally, while crediting a “much improved business and macroeconomic environment” for helping to stabilize the economic environment across the continent.

Economies that are heavily dependent on petroleum, such as Nigeria and Angola, or metals exporters like Guinea, South Africa, Sierra Leone and Zambia, face the greatest challenges, even as a pickup in private consumption and ongoing infrastructure investment support low-income and more diversified economies, including the Democratic Republic of Congo, Mozambique, Ethiopia, Tanzania and Côte d’Ivoire. Across the continent, growth is still faster than in many other regions of the world and opportunities abound for governments and the private sector to position themselves for the future.

“In this environment, efforts to diversify growth away from extractive industries take on renewed importance,” says Antoinette Sayeh, Director of the IMF’s African Department. “To nurture new sources of growth and create sufficient jobs for the region’s growing population of young people, policy actions need to be geared toward boosting competitiveness, via progress in the business environment, infrastructure, and education.”

“Africa’s economic development requires strong institutions that guarantee the rule of law and a business climate suitable for the needs of small and medium-sized enterprises (SMEs),” Romain Schneider, the European Union Minister for Development Cooperation and Humanitarian Affairs, said on Africa Day 2015. He added that the overall the goal should be for Africa to create value-added exports, transforming the exportation of raw materials to the processing and delivery of products on the African and global market.

While local banks will play a decisive role in Africa’s development, the size of the required investments mean that governments and private sector companies must turn to global capital markets and international institutions in order to close infrastructure gaps. Faced with a challenging macroeconomic environment, many of Africa’s leaders have taken on this task with greater urgency.

“The Republic of Congo is today a country that is willing to develop itself by attracting foreign investors,” says Thierry Lézin Moungalla, the Telecoms Minister of the Republic of Congo. “We need to have high quality ICT infrastructure. This is the project that President Denis Sassou Nguesso has termed the ‘projet de couverture nationale’ – the national coverage project. Today our mobile penetration rate is equivalent to France. We are now focusing on the development of the fiber optic network.”

Countries looking to create value-added products can look to many local success stories that serve as examples of how this can be achieved. “We have very humble beginnings and I think that spirit still persists as part of our approach to business and our stakeholders,” says Roni Madhvani, Director of the Madhvani Group – Marasa Africa in Uganda. “The business evolved from agricultural roots, through sugar in particular, and subsequent diversification in the 1950s and 1960s led to the manufacturing of glass, beer, steel, soap, edible oils, packaging, etc. More recently the group has expanded into other areas such as construction, power generation, tourism and insurance.” Mr. Madhvani insists that the potential exists to help transform and modernize the local economy through global integration.

Even as Africa faces a challenging period in terms of the global economy, it also continues to benefit from greater overall stability and much-improved governance. “There has been a mix of macroeconomic and political stability,” says Chuma Nwokocha, CEO of Standard Bank of Mozambique, when asked about the country’s rising economic fortunes. Another driving factor has been the huge need for infrastructure after the war. “There is a lot of agriculture production that needed to be transported,” he adds. “The development of the port infrastructure has contributed as well. If you look at Maputo, Beira, Nacala or Pemba, Mozambique has become a strategic location, a regional logistic hub for neighboring countries like Zimbabwe, Malawi, Zambia and other African countries, while the discovery of natural resources has helped to attract significant amounts of foreign direct investment.”

Countries across the continent are emphasizing international partnerships, global capital markets and projects that target strategic areas for development. “The most important key is putting Egypt back on the investments map and identifying what’s out there, and the support we can count on from different countries,” comments Amr Badr, Managing Director of Abercrombie & Kent in Egypt and the Middle East.

In addition to the financing of large infrastructure projects, Egypt’s banking sector plays an active part in facilitating entrepreneurism. “We play a very important role in the financing of SMEs; that is the major part,” Mr. Badr says. “We are very proud that our growth in terms of SMEs has grown from 3.5 billion Egyptian pounds to 16 billion Egyptian pounds in the last six years. That is very important for two reasons: absorbing unemployment and servicing major projects.”