As Japan hosts the 42nd G7 Summit on 26-27 May, the country will be eager to show the international community how – following the impetus of Prime Minister Shinzo Abe’s so called ‘Abenomics’ – it is finally embracing globalization and becoming more open than ever before. It is a mindset supported by a new wave of outward-looking Japanese companies striving to seize opportunities abroad and develop the brand of this new Japan through their products and services. 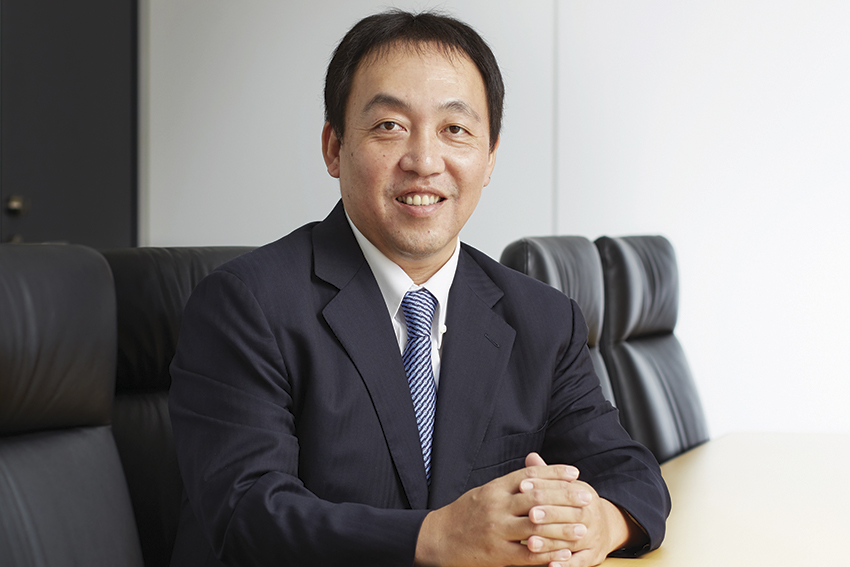 Since Prime Minister Shinzo Abe came to power in 2012, launching his eponymous economic strategy ‘Abenomics’, the country has submitted itself to a modern makeover ― and not a moment too soon, say the country’s top bankers and businessmen. In fact, weighed down by two decades of deflation, Japanese industry leaders have happily embraced this internationalization push. Indeed many argue it was long overdue.

Prime Minister Abe’s plan has been radical but effective: spend money ($100 billion), increase stimulus and improve business friendliness. But this shift has been as much a change in global mentality for the Japanese as a shift in globally oriented economic policies.

A massive bond-buying program by the Bank of Japan saw the yen plummet and domestic debt levels soar. But lo and behold, Japanese exports have since boomed, unemployment dramatically decreased and wages have gone up for the first time in two decades, while a new wave of outward-looking Japanese companies have seized the opportunity and begun to expand abroad. As the country prepares to host the 42nd G7 Summit in May, gathering an elite group of the globe’s biggest economies at one of the world’s most important geopolitical events, participants and global observers should prepare themselves to revise their views. The message will be clear: this is a new, more open, more international-minded Japan ready to come of age and finally grab globalization with two arms.

Hirokazu Onoe, President of GLORY, a global leader in the manufacturing of money handling machines and systems, explains how this new outlook has washed over Japan’s private sector.

“Abenomics was an attempt of Prime Minister Abe to take Japan out of the economic crisis. I believe the strategy really matched the needs of the business community and provided various opportunities for Japanese businesses.” Mr. Onoe also duly points out that in 2014 many Japanese corporations posted their best financial results ever. “Abenomics has improved the circulation of the domestic business market as well, and the effect of the weakening yen has increased Japanese exports.”

Nobuyoshi Fujisawa, President and CEO of J Trust Group, a financial services provider with activity throughout Southeast Asia, says that thanks to the government’s economic strategy the group’s stock prices have shot through the roof and created the conditions for the company to go global. “It created a very rapid rise in stock prices and a significant weakening of the yen. These two things happened in a very short period. Within two years, stock values doubled and the yen weakened to two-thirds of what it was. This had a huge impact on Japan,” he says.

“The growth of our stock prices has been significant. We were able to achieve an equity finance of 100 billion yen ($845 million), which is something absolutely unthinkable for a company of our scale. Thanks to this, we were able to get our hands on funds that allowed us to prepare for further global operations. It was all a direct benefit of Abenomics.”

Finance - The driving force behind Abenomics
Companies like Mitsubishi UFJ Financial Group (MUFG) have introduced U.S.-style management structures and hired international directors. Nobuyuki Hirano, the President and Group CEO, says Japan’s financial industries are a mirror that reflect the national economy. “In that sense, in the past two and a half years since the inauguration of Prime Minister Abe, we have felt the significantly positive impact of the implementation of Abenomics and witnessed a quite visible change in the private sector.”

Mr. Hirano says that over the past two decades, business leaders were conservative in the face of the deflationary environment. They reshaped their balance sheets by streamlining excessive manpower, production facilities and debt levels. In short, they moved from a growth-oriented stance to a defensive posture. Due to the recent dramatic changes in the financial markets, their mindset has been radically changed.

“They started making investments overseas. In the earlier stage, they were still not quite confident in the real recovery of the Japanese domestic market. But it was clear for them that if they did nothing, the industry would simply decline and its competitiveness would gradually lose meaning. They would not have the opportunity of growing in the future so they started investing overseas,” Mr. Hirano says, adding that his bank has strongly supported these ventures.

“Corporate governance has been strengthened and return on equity has benefited from Abenomics’ growth strategies, both of which are stimulating the private sector. This has been good for the financial institutions.”

“Then Japanese households changed their mindset too. They were sitting on almost zero interest-bearing savings deposits. During the days of deflation, this was the best performing financial instrument. So rather than investing into emerging market currencies, project finance or equity, households were satisfied with simply sitting on the liquid-adjustable accounts. But now, people have begun to understand that deflation is over and they have started looking at a more diverse scope of financial products. I strongly believe that if we continue to make the current efforts and push the current policies forward, the Japanese economy will regain its strength.”

Yasuhiro Sato, President and CEO of Mizuho Financial Group, Japan’s third-biggest bank by market value, agrees that Abenomics has helped Japan leave the deflationary mindset behind. “Because of the stock increase, confidence in the future has grown so we are more active. We are spending more on future growth. That’s a big change that must be credited to Abenomics. Of course, it is a good thing for the banking industry because as long as the client has faith in the future, they will use their money, they will take action and the economy will grow. Corporate governance has been strengthened and return on equity has benefited from Abenomics’ growth strategies, both of which are stimulating the private sector. This has been good for the financial institutions and loans have been increasing quite a bit,” he comments.

The third arrow
All well and good, says Masayuki Oku, Chairman of Sumitomo Mitsui Financial Group, but is it sustainable? He says that all depends on how the Prime Minister shoots the third arrow from his quiver ― his growth strategy.  “Business has become very active and corporate performance has registered record breaking profits.

Wages have increased and we have near perfect employment. A full exit from the deflation that has plagued us for the past 20 years is nearly at hand. But the question is if it is sustainable. This makes the growth strategy a very important arrow,” he says.

Bank of Tokyo’s Nobuyuki Hirano agrees. He says without the third arrow, and the economic, industrial, social and labor market reforms that accompany it, Abenomics will not achieve its initial aims. Internationalization, after all, is a two-way street. As Japanese companies move to increase their holdings and activity abroad, the country must also prepare to open its own doors wider. This is even more critical given President Obama’s recent decision to fast track the Trans-Pacific Partnership, comprised of 12 Pacific Rim countries. “I am quite sure these reforms will add big momentum to the Japanese economy. The deregulation of different industries, including the healthcare, agriculture and energy sectors, will mean a strong revitalization of the Japanese economy,” says Mr. Hirano.

“Within two years, stock values doubled. This had a huge impact on Japan. Thanks to this, we were able to get our hands on funds that allowed us to prepare for further global operations. It was all a direct benefit of Abenomics.”

Takashi Goto, President and CEO of Seibu Holdings, a leading real estate group and name behind the international Prince Hotel chain, believes the growth strategy will take time to fully implement. “Japan has made drastic changes to recover from what we lost in the last 20 years. I have a high opinion of what Abenomics has achieved and will yet achieve. I believe Japan is in the middle of a paradigm shift, that’s what I tell my employees all the time,” he says.

Mr. Goto believes that a renewed focus on tourism in particular will help this shift along. “The major goal of all this has been to leave the last 20 years behind us, and to strengthen our will to open up to the international community, not only in the private sector, but in the public arena as well.”

With Abenomics having translated into relaxed visa requirements for Asians, a move which has increased annual tourists by nearly five million people, those attending the G7 Summit in Mie Prefecture this May will join the ranks of swelling visitor numbers. In the spirit of Abenomics, Mie Governor Eikei Suzuki is hoping the event will draw the world’s attention to his prefecture. “We would like to communicate more globally and I am actively working to enhance the visibility of Mie prefecture.” Without a doubt, his efforts are in unison with this new, global Japan as a whole.