Angola’s banking boom: New players wrestle for their share of a fast-growing market

Angola´s financial sector, like its economy, has seen rapid growth in the past decade, as the number of domestic banks operating in the country jumped from 13 in 2005 to 29 in 2014. Although the majority of assets remain in the hands of a few major banks, foreign investors have begun to seize on the opportunities present. 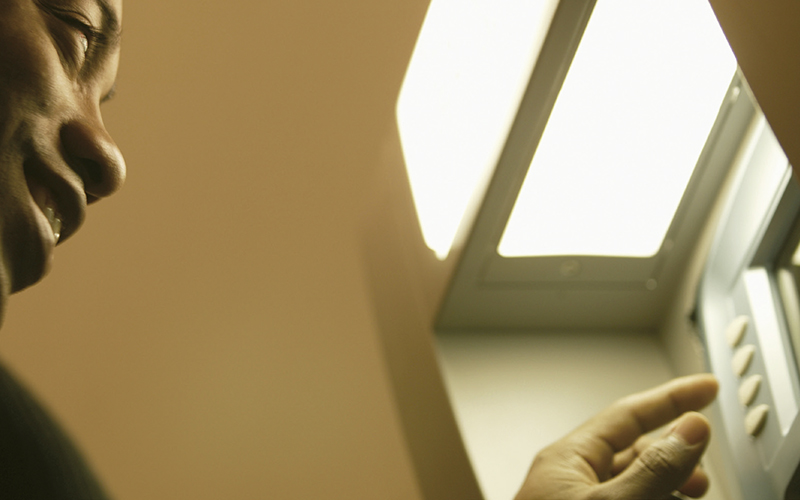 Since the end of the civil war in 2002, Angola has leveraged its oil and gas reserves to support a recovery that has seen the country develop into sub-Saharan Africa’s third largest economy. One of the industries that has benefited most from this expansion is the banking and financial services sector, which has experienced rapid growth on the back of the overall recovery.

However, the concentration of assets in a handful of major banks, scant information about clients and a weak regulatory framework continue to hinder the growth of a sector which is essential to the development of the country´s non-oil economy.

Government investment in infrastructure projects and regulatory changes to the country’s financial systems have helped some of this growth and the wider global economic recovery has improved the country’s outlook.

Moody´s Investors Service, which gives a Ba2 rating to Angola´s sovereign debt, in August upgraded the country´s outlook from “positive” to “stable,” citing the expansion of the oil and gas sector. However, Moody´s said the key constraints to Angola´s progress are “a lack of economic diversification and weak institutional strength.”

Serious questions are also being asked about the extent of Angola’s recent financial reforms and their long-term impact. However, the potential that the nation presents has already helped its banking sector to become the third-largest in sub-Saharan Africa.

“The banking sector in Angola is growing by 20% a year in terms of the total assets held,” says Alvaro Sobrinho,  CEO of Banco Valor Angola. “And it’s not just banking, but a whole financial sector is now appearing, with other key players from asset managers to insurers increasingly finding a foothold.”

That growth has seen 29 banks licensed to operate in Angola today, up from 13 in 2005. However, the bulk of business is done by just five institutions, which continue to exert the majority of control over the expanding sector and in 2013 represented 72% of total assets, according to a report from global audit firm KPMG.

One of the top five, BESA, was placed under government control in August, shortly after Portugal announced a 4.9 billion Euro ($6.58 billion)  bailout for the bank’s parent company, Banco Espiritu Santo. The Angolan government, citing BESA’s deteriorating credit portfolio, also revoked a $5.7 billion loan guarantee it had previously extended to the bank. In October, the central bank said that BESA would need an injection of 425.8 billion kwanzas ($4.3 billion) in order to restore its solvency.

Nigeria-based United Bank for Africa  is also seeking a license to operate in Angola. CEO Phillips Oduoza described the country as “a very interesting market and one that’s growing very rapidly.” Other players looking at Angola include Portugal’s Banco BPI and Russia’s second largest institution, VTB.

Foreign investors’ confidence in Angola was shaken during the global financial crisis, when the country’s reliance on oil and gas exports became all too evident. The rapidly growing economy experienced a series of shocks that sent GDP plummeting from over 13% per year to 2.4% between 2007 and 2008.

Confidence is  returning, however, with infrastructure projects and the rise of privately-financed initiatives helping to support GDP growth, which is forecast at 3.9% in 2014 and 5.9% in 2015, according to the International Monetary Fund.

The entry of international banks such as Standard Chartered is also helping to power wider economic growth in its own right. Angolan insurer ENSA holds a 40% stake in the new Standard operation and V. Shankar, the bank´s head of Europe, Middle East, Africa and Americas operations, has said the firm will  use its international branches in Asia, the Middle East and Africa to help develop relationships with its new Angolan clients.

President Jose Eduardo dos Santos has also been keen to encourage entrepreneurship, partly via the  National Development Plan that kicked off last year and will run until 2017.

“In this period of transition, the nation needs entrepreneurs and strong and efficient private investors to boost the creation of more wealth and employment,” Dos Santos has said. “The major objective of economic policy for this legislature is to promote the diversification of our economy, in order to make our development process less vulnerable and more sustainable.”

To do this, Angola has been reforming its financial regulations to provide more structure and create a more stable macroeconomic environment. In 2012, a foreign exchange law was enacted that requires the country’s oil companies to pay domestic taxes and settle bills in Angola’s kwanza, bolstering the currency and boosting profits for some Luanda-based banks. Oil operators must also now pay suppliers in kwanzas and use domestic lenders.

On top of that, the nation’s extensive oil reserves, a sovereign wealth fund and wide-ranging attempts to diversify the economy are all set to help the purchasing power of Angolans rise by 5% per annum until 2017, according to the IMF.

This growth is helping to expand banking services to the country’s population. That expansion can be seen through the nation’s ATM system, known as Multicaixa, which has grown extensively across the country. Pedro Puna, CEO of interbanking service firm Emis, has said that he expects the number of ATM transactions to top 30 million each month, up from just 10 million per month in 2010. Over 2.3 million Multicaixa cards are currently in circulation.

Yet overall banking penetration is still remarkably low at 30%, according to KPMG, which predicts that the figure will double by 2016. As evidence, it cites the growth in the number of bank branches, which rose by 14.2% in 2013, with an average of 13 new offices opening each month. The pace of Angola’s banking and financial service revolution is clear. According to a World Bank update from last year, the Angolan credit market has been growing by an average of over 50% per year for the past five years, reflecting the ability of banks to broaden their reach. The increase in the number of branches is certainly a factor; however the proliferation of mobile technology could also assist operations.

Africa is the world’s second-most mobile connected region and developments such as the M-PESA  mobile payment system, which is a joint venture between Vodafone and Kenya’s Safaricom, allows payments to be sent from towns to rural villages and could transform Angola’s sporadic and largely Luanda-based banking operations.

Other pan-African initiatives such as Safaricom’s M-Shwari account, which offers a savings account and microloans, could also reap benefits in Angola, where its ability to provide some kind of a credit rating system could assist banks’ abilities to provide credit.

Vitor Ribeirinho, partner and head of audit and financial services at KPMG Angola, says that the country’s banking sector “continues to present itself as one of the most dynamic sectors” but “one with growing challenges.” In a 2013 report, Ribeirinho said the sector needed to boost its client base to attract the growing middle classes and expand access to new services, including insurance products and investment funds, in order to earn commissions and service fees.

Angolan companies have also struggled to find the required financial services to start and expand businesses, particularly with regards to sourcing credit. Small- and medium- sized enterprises (SME’s) continue to be dogged by the country’s fragile and in some cases non-existent financial infrastructure.

Furthermore, while the country’s more established companies, and foreign-owned entities, can use collateral and relationships to access credit, domestic SME’s are left with little alternative but to seek financing locally. Regulatory improvements are being made resulting in new revenue streams for existing financial instiutions in Angola and bolstering SME growth.

Among these improvements is the creation of the Fundo Activo de Capital de Risco Angolano, a public venture capital fund which provides financing and management advice for SME’s, particularly startups with innovative  projects (See the interview following this article).

Acoording to 2014 report from the World Bank,  “The government has made substantial progress in establishing the necessary conditions for the financial sector to thrive, but critical challenges remain.”

“Angolan firms now enjoy greatly expanded access to the financial system, but the system is not yet capable of evaluating them accurately on their merits as borrowers. Continuing strengthening of its institutions and regulatory framework would support a diverse, efficient and competitive financial sector, which will be a vital asset to Angola’s continued growth and development.”

To Angola’s credit, a variety of reforms have already been introduced with the intention of creating a more transparent and effective financial services industry. In 2012, the Comité de Estabilidade Financeira (COMEF) was launched to evaluate the main growth indicators of Angola’s financial system, including profitability, liquidity and solvency, and to assess how future policies could improve the sector. By the end of 2014, new regulations will be introduced to ensure all banks face stricter reporting and risk-management standards.

As part of the reforms, the central bank´s Base Interest Rate and the Luanda interbank offered rate (Luibor), were created in 2012.  Meanwhile, Angola’s Capital Markets Commission (CMC), set up in 2005, continues to work on developing a stock exchange, which has been subject to numerous delays.

The Luanda Stock Exchange is now set to launch in 2017. A secondary debt market is slated to start operating in late 2014 as a precursor to the exchange, and a private corporate debt market is also being planned. The government’s ability  to push through these measures will be vital to securing longer-term financial stability and expanding the financial services market.

Angola’s central bank has also recently shown its willingness to use interest rates to boost investment. After inflation fell to an historical low of 6.9% in June, the BNA lowered the benchmark interest by half a percentage point to 8.75%. It was the  fifth such cut such cut since the bank´s Monetary Policy Committee was created in October, 2011.

As the banking sector grows, Ribeirinho,  of  KPMG Angola, says  increased international exposure will also create a  “set of additional challenges related to corporate governance, risk management and compliance, not to mention continued business innovation and cost base optimization.

“On the other hand,” Ribeirinho adds, “the financial institutions will likely continue to focus on innovation, quality of service rendered to the customer, as well as the exploitation and development of business opportunities arising as a result of the new legislation in force, such as, for example, those related to the tax system reform, the foreign exchange law or the capital markets (primary and secondary).”

All this points to an expanding sector and, with the beginnings of a more sophisticated regulatory framework, even greater potential for new entrants. Technological advancements such as mobile banking remain relatively undeveloped in Angola, meaning large sectors of the population still do not have access  modern credit and deposit accounts.

While Angola’s financial services sector undoubtedly holds opportunities, the limitations around the country’s regulatory systems and the difficulty of imposing suitable credit checks will continue to affect the industry’s growth. These are not simple reforms and will require an even greater will to implement than the substantial changes that have been affected to date.