As a one-stop shop for any investor interested in the Turkish markets, Gedik Investment has evolved in tandem with Turkey’s financial system, and is “now one of the leading, if not the leading, brokerage house in terms of international trading volumes on the Borsa Istanbul.” Murat Tanrıöver, Executive Vice President of Gedik Investment, talks us through the growth strategy of the group whilst discussing the national and international investment climate. 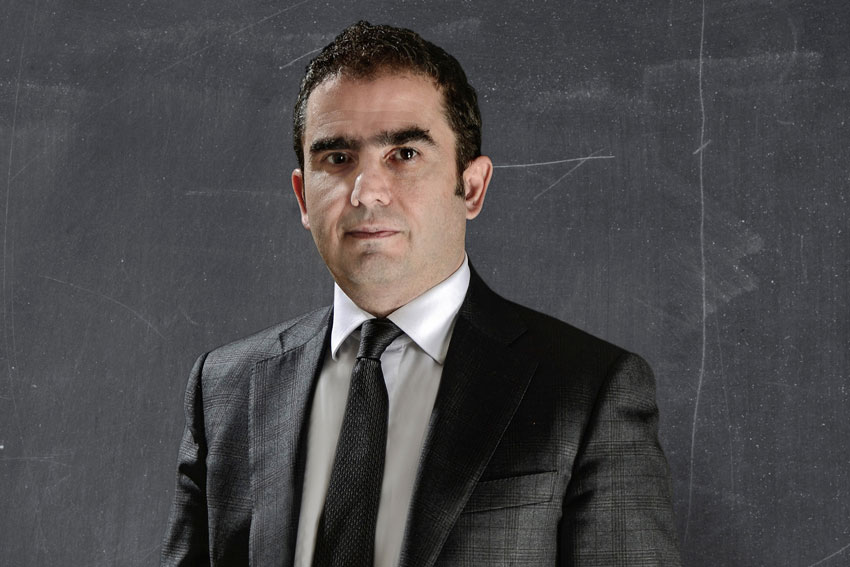 How has Gedik Investment developed over recent years to take advantage of the developments in Turkey’s capital markets?

The Gedik group is a boutique financial services company that has been intensely involved in improving Turkey’s capital markets since its establishment in 1991.

As well, under its umbrella it has another specialized brokerage subsidiary, Marbaş Securities, as well as the fast-growing Gedik Asset Management Company.

Gedik Investment is the flagship company of the group. It covers a broad range of activities in the local capital markets, conducting investment banking activities.

It has recorded a number of important firsts over the years, with the most recent being our entry into Borsa Istanbul’s CoLocation Facility, ushering in a new age for electronic trading in Turkey’s capital markets.

Through its 27 local branches, cooperation with Fibabanka, and agreements with Turkey’s post office, or PTT, as well as its international relationships, Gedik Investment can boast of nearly 40,000 clients locally and worldwide.

In the past, the international side of the brokerage business was somewhat dormant, though since 2013 we have made major strides in reaching out to the global investment community.

I can confidently say that we are now one of the leading, if not the leading, brokerage house in terms of international trading volumes on the Borsa Istanbul.

Gedik Investment is constantly evolving its business. While we have consistently been one of the senior brokerage houses in Turkey, if you look at the first seven months of 2015, when including the activities of our fully-owned subsidiary Marbaş Securities, the Gedik group was number one in terms of trading volume on Borsa Istanbul’s equities market.

Some four years ago we added FOREX trading to our range of activities, and Gedik has already become one of the top five companies in that highly competitive market in terms of volumes.

In addition, on the local futures market, or VIOP, we rank sixth in terms of volumes. Today, we are a one-stop shop for any investor interested in the Turkish markets.

As a holding company, Gedik is engaged in numerous investment opportunities at the private equity level. For example, it has a 20% stake in Zen Enerji, which is building solar energy plants right here in Turkey.

Our goal is to invest in renewable energy projects in a responsible manner. As a group, we also are looking at how we can help take more companies public through the IPO process.

We like to find companies in need of capital, solve their current issues, and then list them. While we are a holding company, we operate with a private equity firm mentality, whether as a majority or minority stakeholder.

It’s a part of our investment culture.

Another important part of the Gedik group is Gedik Venture Capital Fund. It is seeking to encourage start-ups in the IT field through the creation of StartersHub, one of Turkey’s first hothouse facilities.

In essence, we want to encourage the high-tech entrepreneurs of tomorrow that Turkey needs to compete globally.

Are you looking to expand the international side of the business?

If there is an opportunity to expand our operations in London or the US, we will take it. We have been receiving very generous and kind offers from regional banks to become joint-venture partners.

As we want to do it on our own, we are not going to take this route, although we may enter into limited partnerships in certain areas.

While still at the brainstorming level, we are looking at how we can activate operations in other parts of the world, bringing new international players into frontier markets that are opening up to global capital flows.

For example, Iran’s capital markets are of great interest to us, and we are in talks with two different potential partners over there.

Furthermore, we are looking to create a solution partnership for our North American clients, and to satisfy this demand we aim to set up operations in the US in 2015, which will be fully operational in 2016.

Dubai is another interesting market we are carefully examining. I’m not saying we will become a global player overnight, but if Istanbul is to become an international finance center, then we certainly want to increase our regional and global footprint.

Here in Turkey, foreign investors are currently pulling out of the financial markets as they are spooked by the political uncertainty and geopolitical instability, among other factors. What can be done in Turkey to rebuild confidence amongst international investors?

Since around April 2015 the global economy has been hit by a number of negative events, and as a result most Emerging Market (EM) economies have suffered from the overall malaise.

As a prominent EM economy – signified by our membership of the G20 – Turkey has felt similar pains. On top of general uncertainties at a global level, Turkey has also been beset by domestic political events.

Of late, the Turkish lira has been put under pressure, and intervention by the Central Bank of Turkey (CBT) may be needed. However, any intervention by the CBT could usher in a period of slower growth, thus the timing of such action will have to carefully balance the needs of the economy at large.

Overall, what does any investor expect when investing in a country? Growth and stability. The foreign ownership level of the free float on the Borsa Istanbul has never fallen below 50% in the past decade.

In fact, despite liquidity outflows of some $953 million year to date, foreign ownership of the equity free float remained a healthy 64.6% in August 2015, corresponding to some $38 billion worth of investment.

This demonstrates the confidence that foreign investors have in Turkey’s long-term growth story.

Only those companies on the Borsa Istanbul with a strong story can prosper. If you have a strong story of success, then although you may be hit by market conditions, after a while you will return to form.

Currently, there exist some uncertainties due to the political environment as well as general economic conditions in both developed and EM markets.

However, Turkey can muddle through these grey periods and be successful, as it has done many times before.

I’m very proud to say I was one of the first guys who started to say that Istanbul should be an international financial center. However, I don’t think we have taken full advantage of the opportunities on offer.

Ever since 1999, I have been responsible for capital markets activities on the Turkish market for different companies, and as part of my duties I used to go to many international conferences.

There is one time zone missing; in that time zone there is either Athens or Istanbul. At the time I said we have the opportunity to become an international finance center if we are able to improve the efficiency of our legislation and invite international companies to invest in Istanbul.

It takes time and patience to create a finance center that has the confidence of the international investment community. You don’t build them through bricks and mortar alone.

You can only become a financial center if you can capture companies, create the right legal framework, and make it easier to establish companies and ensure trading is as efficient as possible.

These factors remain a work in progress in Turkey, and there is some way to go. You can’t become a financial center if you don’t change the legislation, or if there is no hospitality towards companies that will form essential parts of the financial system.

Investors expect a functioning market. If you don’t feel comfortable, you will go and invest somewhere else. However, Istanbul has been delivering on many fronts in terms of becoming a finance center, including the increasing sophistication of its capital markets, the presence of young and well-educated financial professionals, as well as the high living standards that are on offer for expatriates to enjoy, similar to other finance centers such as Dubai or Singapore.

Overall, I am certain that Turkey will get back on the right track. Sometimes the numbers don’t show the healthy living standards many people enjoy in this country, as well as its growing middle class.

While I believe these are tough times, Turkey has overcome many tough times in the past and will do so again.