In this interview for the Worldfolio, Naoyoshi Sasaki, President of Japan’s beloved “Otafuku sauce,” discusses the potential of Japanese food and presents the incredible mission of his company: Bringing Japan’s delicious Okonomiyaki to the world 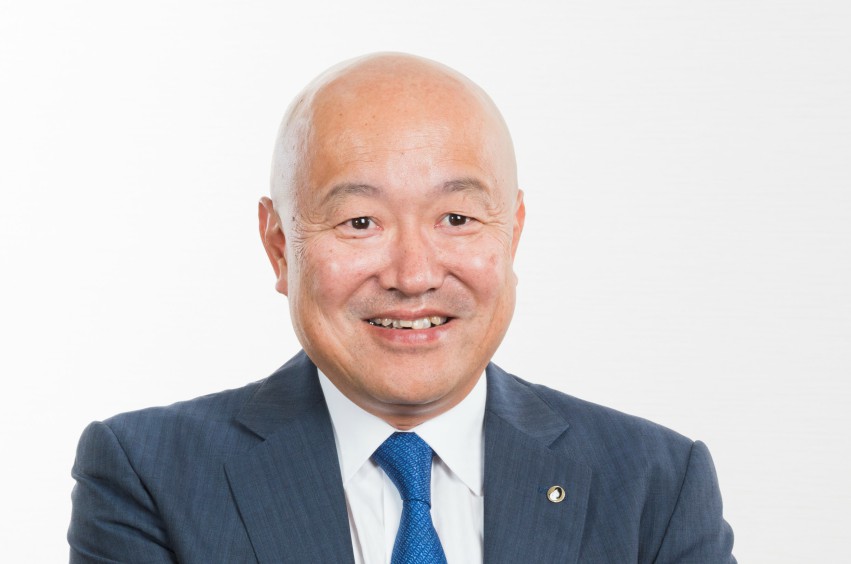 What are the most recent trends hitting the food industry today?

In recent years, we have seen that demand for organic food has spiked. A certain reticence to GMOs and agrochemicals has pushed audiences to research more “natural” aliments. Health conscious consumers around the world are also demanding more gluten free products in parallel to less caloric food.

In the terms of taste, the millennial generation has shown a stronger desire for spices and exotic tastes than its predecessors did. To put it in simple terms, the new generation want more flavor in their food. Restaurants, commercial brands and supermarket are inevitably answering such trends by adapting their product offering to the new demands of the market.

This demand for “exotic” and “healthy” condiments and recipes is an opportunity for Japan to export its delicious cuisine to the world. Japanese food is perceived as being nutritious, unique and more importantly, healthy. As a matter of fact, many experts argue that the secret to our longevity (Japan has the longest life expectancy in the world) is found in our diet and eating habits.

Why do we consider Japanese food to be healthy?

Generally speaking, the Japanese diet has less calories than its international counterparts. Furthermore, our cuisine is diverse, balanced and has a wide variety of styles to choose from. In Japan, most meals are accompanied by vegetables. A traditional meal for example, would have a perfectly cook rice bowl and a steamed vegetable dish to accompany the main plate. As you can see, this composition is balanced, healthy and diverse. As for Okonomiyaki, it is also a balanced dish composed of a variety of nutritious ingredients such as vegetables, batter, pork and egg.

Japanese people conceptualize food as an opportunity to share a moment of care with relatives. If there is a certain amount of nourishments on the table, they will distribute it in a way that leaves the largest quantity of nutritious food to the kids or the elders with which they are sharing the table. This is at the core of how we are raised. Sharing and putting others before us is part of our national ethos.

The style of serving food also exemplifies certain cultural differences between countries. For example, if you were to have a gathering at your house in the US, the food will be laid out evenly and everyone would be eating together. In Japan, as all guests would enjoy the served meal, the cook will remain in the kitchen cooking to ensure the satisfaction of his guests. As you can see, I believe that compassion for others is the essence of Japanese Omotenashi.

Could you highlight the main milestones of your company since its foundation in 1922?

We started in 1922 and our first product was vinegar. In 1945, the atomic bomb hit Hiroshima and the city was destroyed and burnt to the ground. It was in the process of rebuilding the city that small Okonomiyaki restaurants began to emerge. In these restaurants, it was common for meals to be served on a hot iron plate.

Interestingly enough, the first sauce used to accompany Okonomiyaki was Worcestershire sauce. One of the features of that sauce is its thinness, which would cause it to dribble down the food. This frustrated the owners of Okonomiyaki restaurants.

In 1950, we produced Worcestershire sauce and began researching and developing sauces which go well with Okonomiyaki. In 1952, we finally developed our original, “Otafuku Okonomi Sauce.” The thick and viscous sauce was developed in response to the lack of consistency of Worcestershire sauce, which was a challenge for the owners to cook with.

Okonomiyaki―the cheap and delicious dish―revitalized the people of Hiroshima recovering from the aftermath of WWII. Furthermore, the pairing of Okonomiyaki and Otafuku Okonomi Sauce was gradually well received by the local population.

With its round face, puffy cheeks and communicative smile, The Otafuku logo represents a woman who does not have the regular features associated to beauty. Could you explain to us what is the meaning of your logo?

The concept of our emblem is to spread joy and happiness to the world. The person on that logo is considered to be a goddess in Japan.

My grandfather founded the company and he adopted this traditional image for what it symbolized: a desire to spread Joy and Happiness to his customers. At the time of our company’s foundation, women were generally in charge of cooking. I believe that my grandfather thought about his wife as a goddess, and the logo symbolizes his respect to women. All women are goddesses and he wanted to celebrate them through this image.

The Kanji character used for Otafuku literally means “ Great Joy.” The first time we used the name for our products was for our vinegar in 1938.

From all the many sauces and condiments that you produce, which ones would you say are the best-selling?

Otafuku Okonomi Sauce is the number one sauce sold in Japan.

Your company plans to spread Okonomiyaki to the world. What is your plan for this mission?

Okonomiyaki is a nutritionally balanced dish made with easily obtained ingredients.   Furthermore, culinary moment is enjoyed by gathering and eating together with relatives and friends. We consider Okonomiyaki to be a dietary culture which contributes to society, and we label our mission to spread this dish to the world the “Okono-mission.” To fulfill the Okono-mission, we must develop our brand and raise international awareness. We recently, enhanced our branding to reflect English. Up to last year, it used to be in Katakana, but on October first, we changed it to the world’s most spoken language.

To spread Okonomiyaki and our products globally, our strategy is to make foreigners that come to Japan try the dish with our delicious sauce. Because once you tried it, you will remember it forever.

In fact, we believe we are the number one company when it comes to production volume of Okonomiyaki sauce, and our products are used nationwide in restaurants and homes. How would you convince a visitor to try Okonomiyaki?

Visually speaking, cooking Okonomiyaki is impressive. This is the crucial point which attracts the interest of people. At Okonomiyaki restaurants, the meal is usually prepared in front of your very eyes and you can see all the ingredients that will be in your food. As the dish begins its preparation, the sizzling sound of its ingredients cooking will excite your ears and taste buds. As the smell of cabbage, green onions, pork, egg and batter begins to combine, a delicious scent will tickle your nostrils and open up your hunger. At last, we add the sauce. Otafuku Okonomi Sauce is something you have never tasted in your life. It perfectly blends with the meal being prepared in front of your eyes.

In Hiroshima, we also hold Okonomiyaki cooking classes which tourists can enjoy.

There are differences between the Okonomiyaki in Hiroshima and Osaka. Could you highlight the main differences?

In the Hiroshima-style Okonomiyaki, all the ingredients are layered on top of each other  and noodles are added within the delicious mix. Adding noodles is a distinctive feature of the style. In the Osaka-style Okonomiyaki, all the ingredients are first mixed into a batter and then fried. I like the Hiroshima-style better because the addition of noodles makes it all the more exquisite.

Your company has an international presence in North America, Europe and throughout Asia. To answer to regional demands, do you change your sauce in order to match the local culture?

We have factories in several countries, but we export our products from Japan as well. We develop and produce oversea sauces which taste as close as possible to the Japanese ones. To protect our taste and brand, we try to maintain as much continuity as possible.

After recreating our signature flavors, we begin customizing our sauces to the palate of the different audiences from each country.

Could you tell us a little bit more about your international strategy? How you are planning to penetrate different markets?

In other Asian countries, we are expecting an increase in demand due to the growing purchasing power of consumers. We are also looking to expand in Europe. In order to do so, we must meet several regulations. For example, we will have to change our containers or make sure that our product is gluten free or GMO-free. We are planning to work on this and to be ready to make all the required modifications in order to expand in the European market. We also want to penetrate the Middle Eastern Market and hopefully, in the future, Africa.

We are looking for partners. We would like to join large or small groups of chain restaurants to collaborate. We have already found partners in the US and Malaysia.

What would you say is the reason for this growth?

To put it simply, it is because Japanese food is delicious!

If we were to come back in 10 years and do this interview again, what would you like to tell us?

Unfortunately, in Japan and abroad, people have gradually started to eat alone. The culture of sitting together, sharing and enjoying a moment with others is regrettably getting lost. Okonomiyaki is part of the Japanese dietary culture which brings happiness and joy by gathering and eating together. Our mission is to spread the attractiveness of the dish and of our products, but most importantly, the feeling of happiness. In a decade time, we want to make this happen all around the world.

In many places of the world, food is made with ingredients that are not always excellent for your body. At Otafuku, we make sure that there are no artificial colorings, no preservatives, nor any other materials which might be harmful. Thanks to this, we provide you with safe and secure products. As a result, we also want to bring our quality to help people live better lives.

Right now, our exports are only on a business-to-business basis but over the next 10 years we want to expand this to a business-to-customer base and sell our products to audiences worldwide. 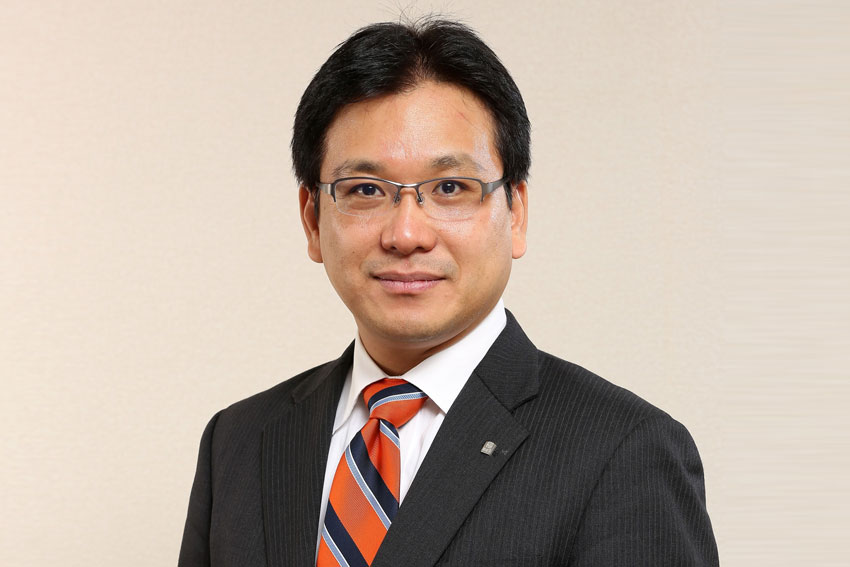 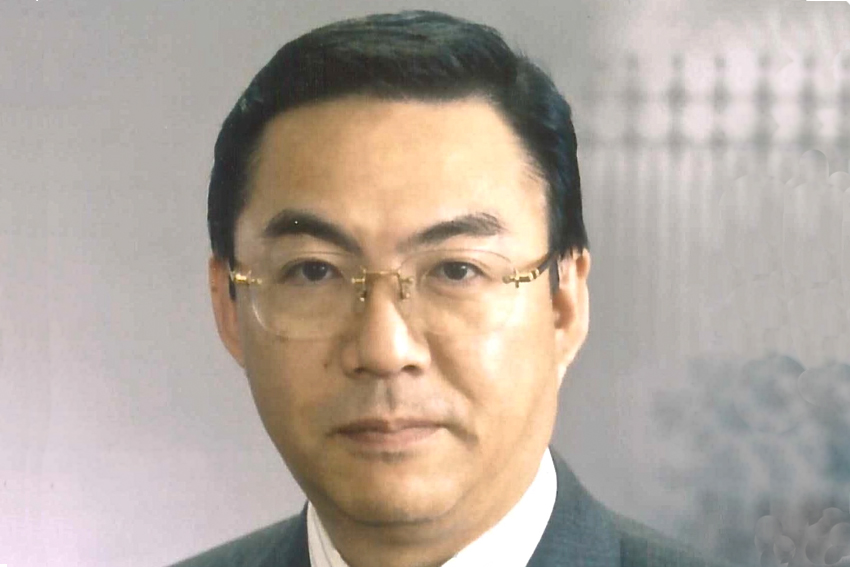 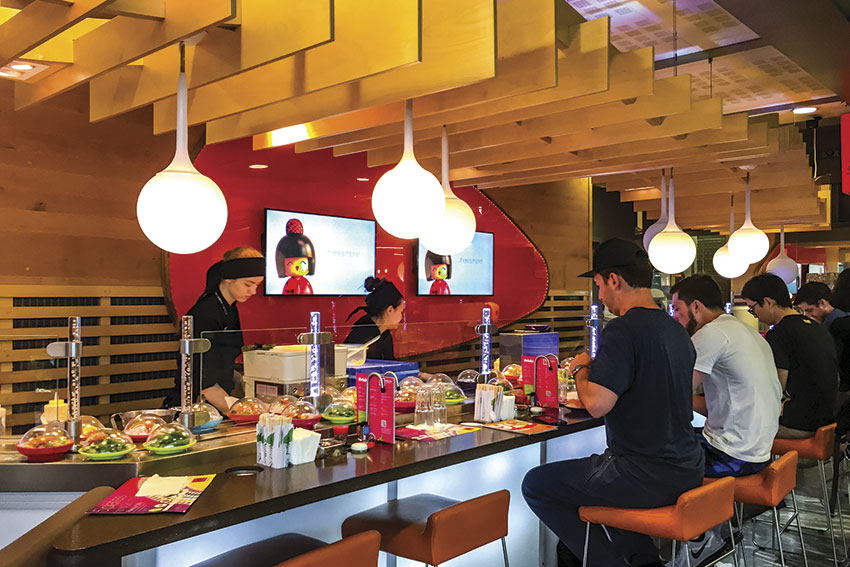 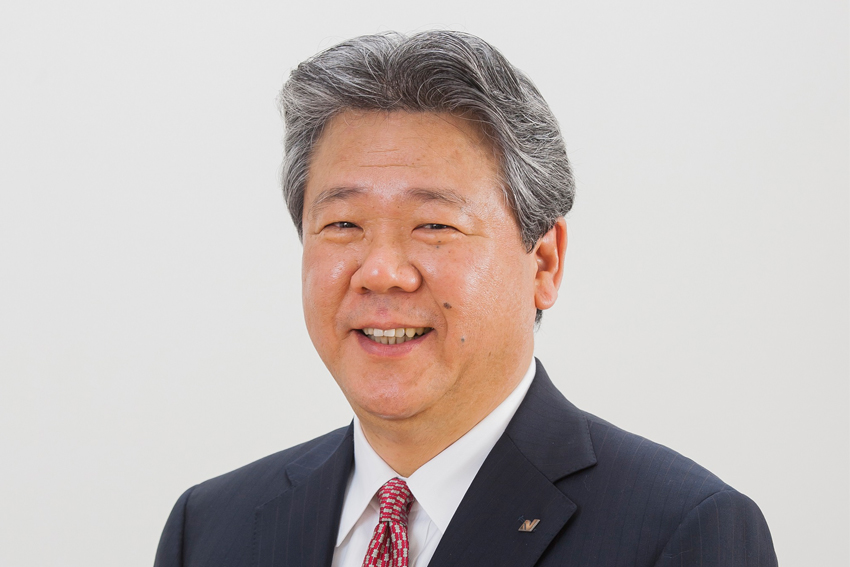 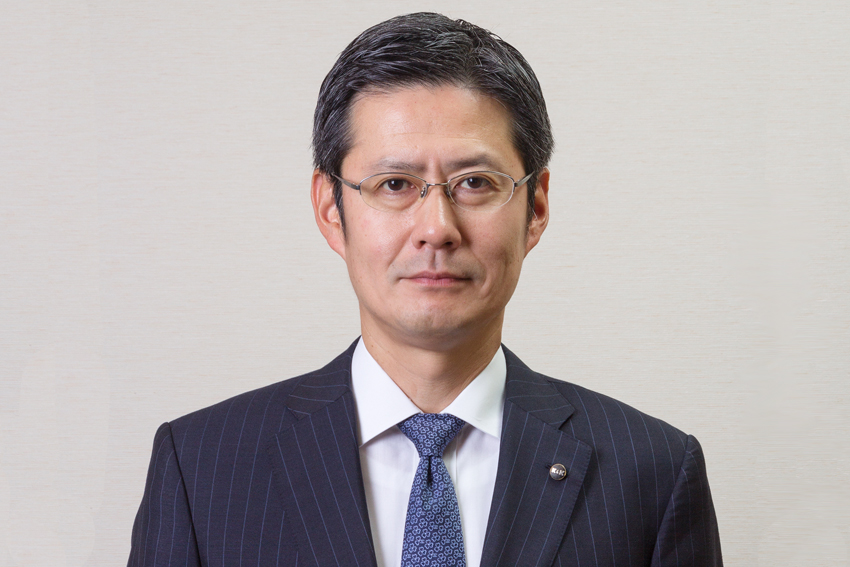 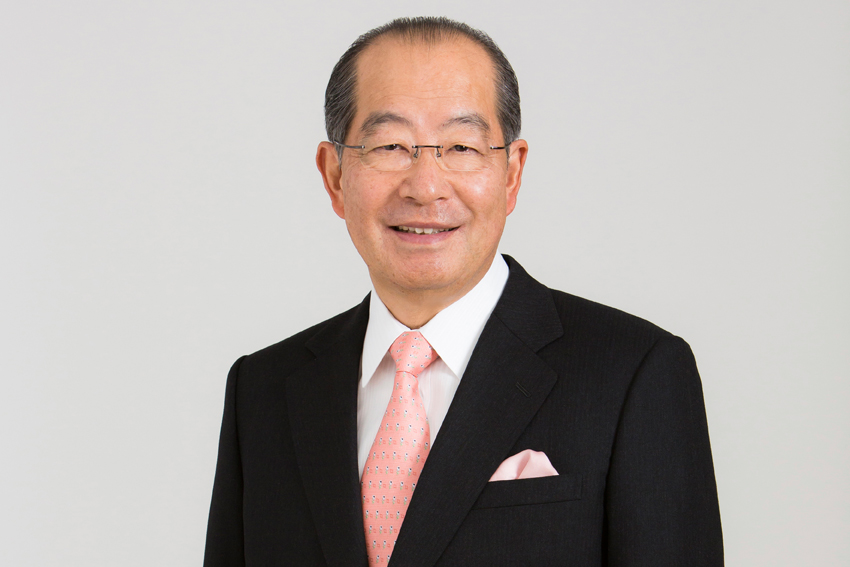 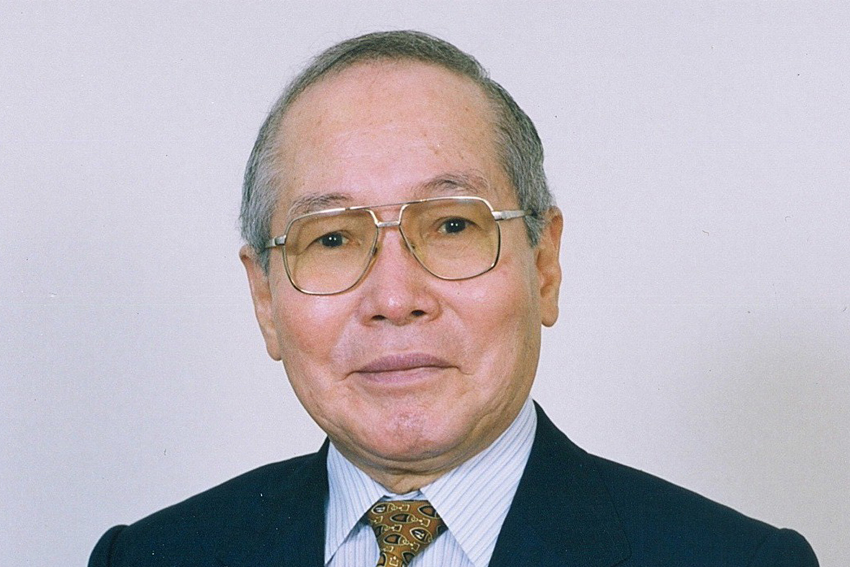 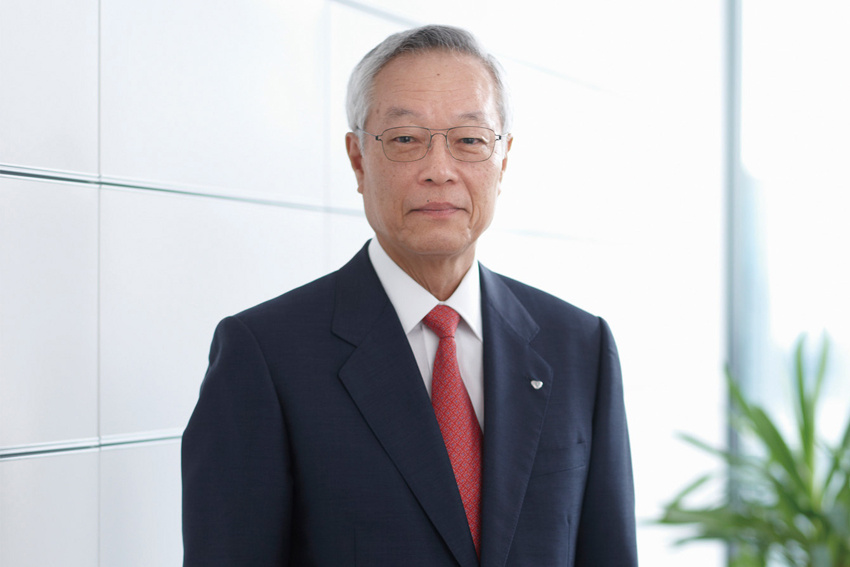 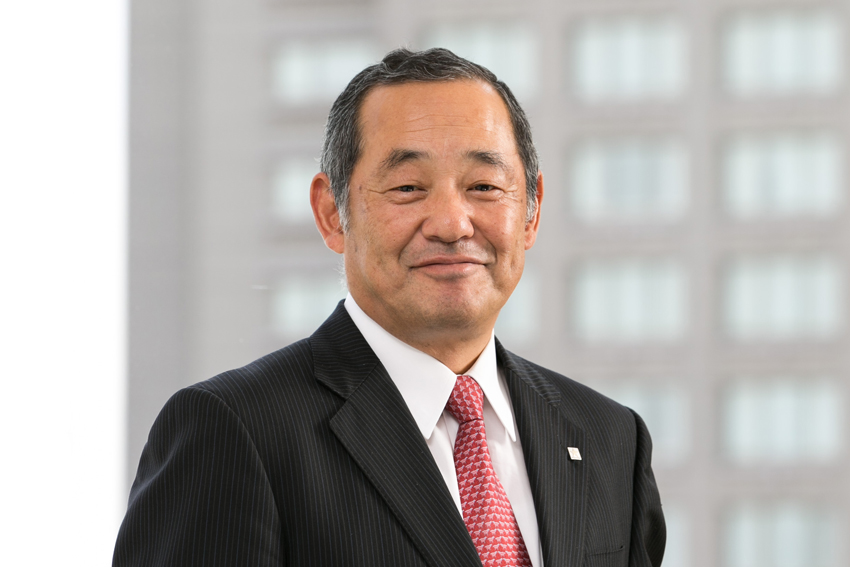 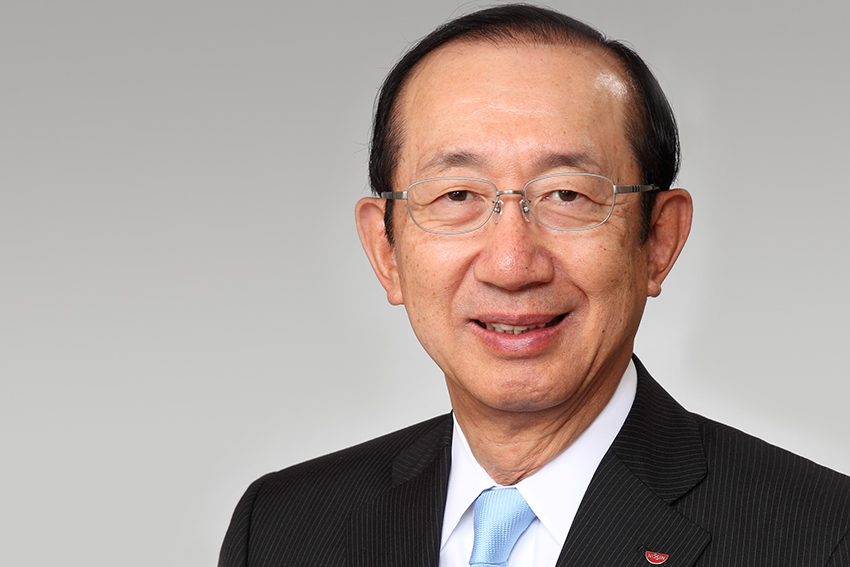