Senator and Chairman of the National Bank of Equatorial Guinea Martin Crisantos Ebe Mba looks at the political, economic, and social changes taking shape in the country in recent years making it “a valued country, admired for its progress and development at all levels” and its positioning as a financial platform for Central Africa and beyond. 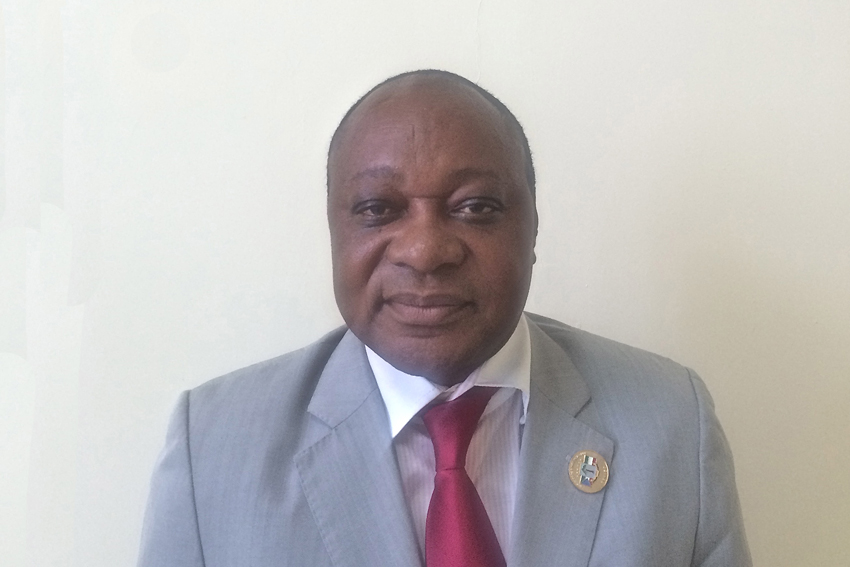 Could you share with us your opinion on what the reelection of President Teodoro Obiang Nguema Mbasogo means for the future of Equatorial Guinea?

I would say that this reelection demonstrates the maturity of the people of the Republic of Equatorial Guinea, who succeeded in electing—in democracy and, above all, in peace and harmony—the leader that is best equipped to embody these values for the future. The people reflected on our entire past, where we came from, and when we look back we can see the chaos we had to deal with at all levels—economic, political, and social. Compare that to the present situation, and things have really taken a 180º turn, and it is all thanks to one man: Teodoro Obiang Nguema Mbasogo. His reelection signifies a commitment to continue along the same path where the country is today and which is characterized by progress in all aspects—political, economic, and social—and, above all, by peace.

In your opinion, what were President Obiang Nguema's most important contributions to the country during all these years, and which do you think make him most proud?

The President's contributions are everything. Equatorial Guinea was once the poorest and least valued country in Africa—and even the world—and is now a valued country, admired for its progress and development at all levels. The recent elections are an example of our people's maturity. All participants and especially the international observers made a positive assessment of it.

At the economic level, you just need to visit Equatorial Guinea to witness the country's level of infrastructure, where no sector was left behind.

What is paradoxical is that, despite all this, our President, like all great men, is still neither satisfied nor proud; instead, he wants the country to always go further. The people, me included, are very proud of him. We reelected him, wholeheartedly and consciously, because we know that, with him at the helm, our future of development, progress, and peace is ensured.

In recent years, several of the world's fastest growing economies have been located in sub-Saharan Africa. There is no doubt that Africa is the continent of the future. What chance does Equatorial Guinea have of becoming a financial platform for Central Africa? What is Equatorial Guinea's role within the region?

The economic and social development plan is being successfully implemented in the country, meeting the strategic goals that had been set and taking into account the competitive advantages we possess. This plan will turn Equatorial Guinea into a financial platform for the entire world—not just Central Africa. We already have the right infrastructure, which has earned us confidence at the international level. All you have to do is look at the level and frequency of the events hosted by the country.

We believe that, with all this, Equatorial Guinea is not only consolidating itself as a financial platform in the region but also in all of Africa.

Last February, in Egypt, more than 1,500 private financial sector representatives, experts, and political leaders decided to mobilize investments to launch the largest trade bloc in Africa: 26 countries that account for 620 million consumers and a gross domestic product (GDP) of $1.2 trillion. In your opinion, what will be the repercussions of this agreement for the continent and for Equatorial Guinea in particular?

I strongly agree with the dynamism and determination of African countries to improve the situation on the continent. I think that this exchange would be more straightforward if there were infrastructure and economic and political agreements in place to ensure the free movement of people and goods. I believe that whatever is done should revolve around realizing these premises.

The Economic and Monetary Community of Central Africa, of which Equatorial Guinea is a member state, is already working on this issue and it is at a very advanced stage. Most of these countries are improving their infrastructure. There have been numerous meetings seeking all sorts of political agreements, so that the countries and their inhabitants may get to know each other and move from one place to another to improve investment.

I am very much in agreement with these multilateral meetings. Since Africa is divided into areas, this exchange between them should be increasingly dynamic, in order to improve the situation. This macro objective is achievable.

One of the government's objectives is to increase the strength of the financial system in the country. Yours is one of the leading banks in Equatorial Guinea, with more than 65,000 customers and growth of 12.5% in 2015. It is also one of the country's few internationalized companies. What are the competitive advantages that allowed you to continue to grow, even in lean times? How has BANGE aided the industrialization of the country?

I always prefer to tackle the most practical aspects. The world is facing an unprecedented crisis, which is driving crude oil prices down. Most countries like ours depend on the export of this crude oil. As a result, we face many difficulties; many companies that work with us also experience the same. We can no longer maintain our profitability on the resources generated by the loans granted by the bank.

We developed a system of services to get through this situation. This has been producing good results. We multiplied services—transportation of cash, financial aid or financial engineering for many companies, etc. We are also developing new cutting-edge technologies and working to see whether we can have other products, like mobile banking and other types of services that have had positive results in other places. With the explosion in the development of telecommunications in the country, we can take advantage of this line and use it to anchor an important part of our financial services.

And finally, as Chairman of the National Bank of Equatorial Guinea and as a Senator, what is your goal for 10 years from now?

I don't know where I will be in 10 years, but I know where I would like to be: wherever I can serve my country. I think that my curriculum has taken me to many places, but I always thank God for giving me strength, and I thank the President of the Republic who has entrusted me with power to always be where I can help my country.

I am an economist by training, I have always been in the banking sector—now as the fourth director in the Central Bank, in commercial banks—I have made incursions at the political level, including as Vice-Minister of Planning and Minister of Finance, now as Senator. So my fate is always to serve. I think that is the most beautiful thing anyone can have or yearn for—serve for the common good. I don't deny that I would like to serve the country from here, in Equatorial Guinea, but I can be anywhere where they think I may be of service.