Nicos Peristianis, founder and Council President of the University of Nicosia, one of the island’s first non-state universities and pioneer of various firsts in the sector, to discuss the importance of education in Cyprus’ recovery and the role that the private sector has played in innovating and enhancing tertiary education since 2007. 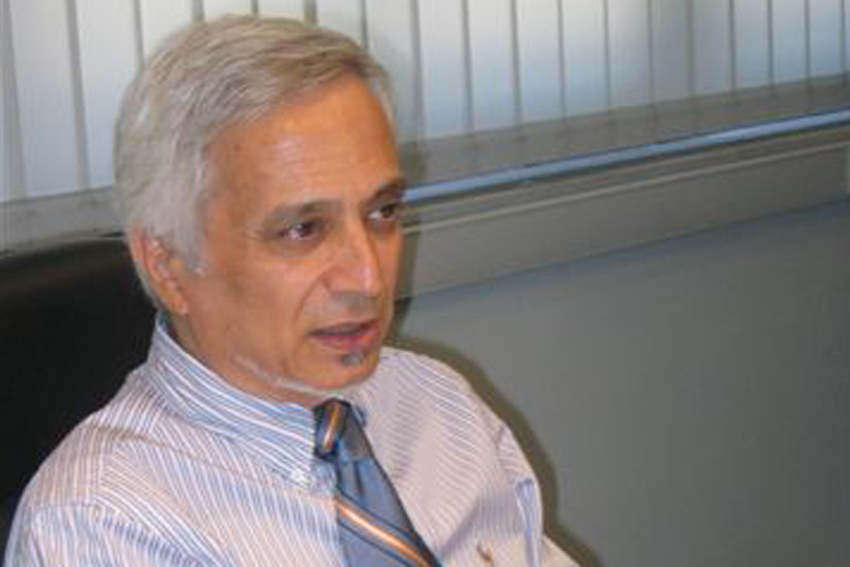 NICOS PERISTIANIS, FOUNDER AND COUNCIL PRESIDENT OF THE UNIVERSITY OF NICOSIA
SHARE

NICOS PERISTIANIS | FOUNDER AND COUNCIL PRESIDENT OF THE UNIVERSITY OF NICOSIA

How did the 2013 crisis affect the education sector, in particular tertiary education?

In our case, we were a little bit lucky and forward-looking as well, in the sense that we anticipated that there would be problems and we had started looking at ways of doing business outside Cyprus. There are two ways you can do that. One is to bring more international students, and the other is to reach them through distance learning.

A few months after the crash came, we started offering distance-learning programs, and we proved to be very good at it. During the first year, we attracted around 2,000 students. Had it not been for that, we would have been in trouble, because a few months after the crash the number of students decreased slightly and we had to lower our fees and give many more scholarships and discounts to keep students. During these two years, the 2,000 distance-learning students have turned into 5,000, and that is almost the same number of conventional students at the moment.

The second method we used to survive the crisis was focusing on programs which could bring high caliber international students to Cyprus – such as the program in medicine in conjunction with St. George’s University of London. We realized that with the quality of that program, the prestige of the university and our own good work would attract international students. There are students from the US, Canada, Australia, and all over the world. Few are Cypriots and they are not from our traditional markets, such as Greece, Russia, or India. As a result, we found a niche that allowed us to bring good quality fee-paying students.

In terms of the UK-Cyprus relationship, you mentioned you have a program with St. George’s University of London. In what other ways are you collaborating with education institutions in the UK?

UK institutions, because of the language and the close connections we have, are usually some of our closest partners. We also have many agreements pertaining to Erasmus programs. Besides this, I must point to a very special relationship that we developed this year with the University of South Wales, which is one of the five largest universities in the UK. We have now entered a partnership with them in which we will be taking their programs and putting them online.

This may sound easy, as it is not hard to upload the courses, but the difficult task is promoting the programs, finding students, putting together the logistics for controlling the academic and administrative requirements, maintaining high quality standards, and charging low prices.

When we interviewed Education and Culture Minister Costas Kadis, he said that making Cyprus a regional educational hub is one of this administration’s strategic goals. What opportunities do you see in attracting more foreign students?

I think Cyprus has good potential moving in that direction. We have been pushing in that direction and we have accomplished several objectives towards that aim, but the state can do more towards improving the appeal of the country as an educational center.

Indeed the various governments have been talking about creating a regional education hub, ever since the time of President George Vasiliou (back in 1988). In those times, Cyprus was much ahead with regard to tertiary education in the region. For instance in Jordan, next to us, there were no private universities; by now, Jordan has 10-15 private universities, and many countries in the area have developed their own education sector. Had we moved fast enough when Vasiliou first said it, Cyprus’ institutions could have substituted for the American University of Beirut and Cairo, and could have established extension campuses in this part of the world.

Nevertheless, some developments have been very positive. Some decades ago, we could only operate as colleges. At the start of the new millennium, a law allowed the creation of private universities and the first non-state universities were approved in 2007– the University of Nicosia being one of these. This has obviously helped us and we now have more students, more resources, a better faculty, and better facilities.

However, we need to do more. Cyprus has many advantages over other countries in the region; we have a very high percentage of highly educated people, good services, security, and good weather. In fact, it is like studying at a good UK university but with a good climate and safe environment.

The University of Nicosia is an international institution, ranked as the best private educational institution in Cyprus and one of the largest English language universities in the Mediterranean region. You personally have seen the development of the sector from the start. To what do you credit your success?

We always try to innovate and adapt; they have been the key factors in our success. As soon as we discovered oil and gas, this university introduced oil and gas management studies. That year, only one other institution in Europe, namely Coventry University in the UK, introduced a similar program and together we were the first to initiate such programs in Europe.

That just shows that we are always doing something to innovate, to create new products and programs, and meet the local and also international demand. It has been tough, because when you are the first you have to face many difficulties. But for a small university, to be the first in some important developments, this was significant.

On the Cypriot question, an opinion survey you carried out this year saw both sides positive about establishing a Cypriot identity as an element that would bring the inhabitants of the divided island of Cyprus together. Much progress has been made and we seem to be at a turning point. Is reunification something that you have factored into your planning?

We always have to take into consideration the political developments. For example, back in 2003 when the borders opened, our promotional campaign was linked to a ‘shaking hands’ concept. The idea we were trying to portray was that of breaking borders and doing things together. Actually, as we knew that the standard of living on the other side was not as high as ours, we started offering a 50% reduction in fees for those students coming from the north.

If we have a solution, as I hope we will in the future, I am sure that we will continue playing a very positive role. Throughout these years, we have maintained contact with academics from all sides and we faced common research projects together. We have insisted on keeping touch with the other side, considering them as part of Cyprus. We are not just a nationalistic institution, we are an institution that sees Cyprus as a whole, and sees the world as a whole, and we are trying to promote these ideas.

The brand of Cyprus has been damaged after the 2013 crisis, and it has been evolving since then. What do you believe should be reflected in the Cyprus brand?

There are two things to consider; firstly I think we are a “bridge” – Cyprus is a bridge of civilizations and ideas. We have been playing that role throughout history and I think we have a very important role to play in the future. That is why we have such good relations with Africa and the Middle East. We want to link Europe to these parts of the world.

The second thing that really contributes to the Cypriot “brand” would be resilience. When the shock came in 2013, there were no rebels in the streets destroying things. People were very stoic in their acceptance of what happened, they worked even harden than in the past, and within two years the economy has started its recovery. Cyprus can still bring about miracles.