The Arab Open University (AOU) is the largest private institution for undergraduates in Kuwait and is dedicated to the continued growth of a science and knowledge-based society. Rector of the AOU, Professor Moudi Al-Humoud, discusses Kuwait's historic role as the region’s humanitarian hub, as well as her bullishness over the success and continued integration of the GCC, and the successful open learning education model and its future in the region. 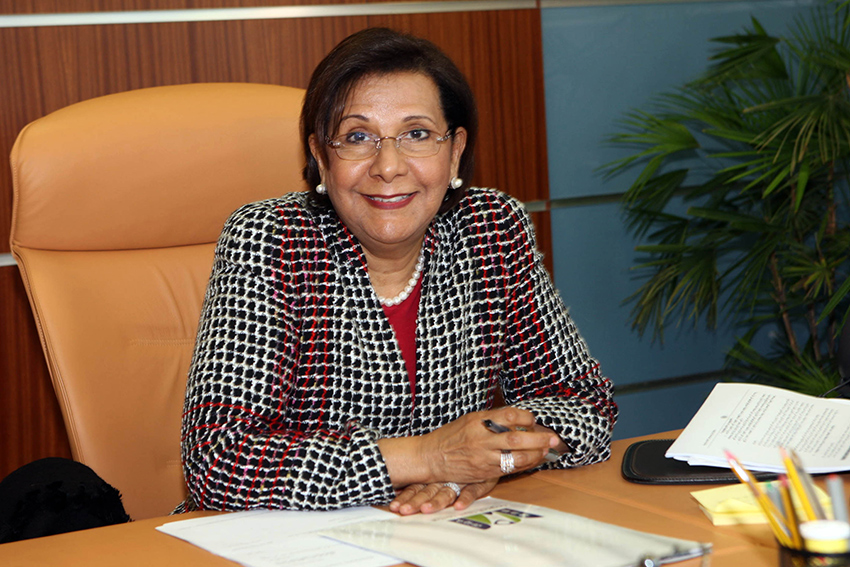 How do you view the state of unity in the GCC, and the Gulf’s political and socioeconomical status?

The state of unity in the Gulf is no longer a choice but a necessity dictated by the nature of the era we are witnessing – the age of alliances and large entities.

At this point in time, and with the current circumstances in the area, the unity of the Gulf stands as a must in order to encounter the difficulties facing countries in the region – both as individual states or jointly – on top of which is terrorism, which is hitting so hard in the depth of our states and is threatening their stability.

What is needed now is high-level security and economic and social collaboration, which is essentially in place and is operational among these states.

What are the challenges for regional integration?

Challenges to regional integration and total unity are overwhelming but, naturally, any effort in this direction should be gradual.

Dangers and threats – and not only common interests – often unite people and bring them together.

We, in the Gulf States, have the same interests and our commodity to the outer world is the same, and so are our threats, namely the nuclear threat, terrorism and extremism, and the danger of border conflicts between these states.

What is Kuwait’s role in the region?

More than any other time before, the GCC member states should have a crystal-clear and well-defined orientation, which is empowering and strengthening society.

This comes about by broadening the horizons of participation and democracy first, and also opening channels of cultural interaction, openness to the world, and developing educational curricula in a manner that enhances dialogue and critical thinking.

Equally important is combating all forms of abnormal practices such as terrorism and extremism, together with empowering the youth and preparing them for serious and productive work.

Kuwait has always played a key role in this vital regional alliance, and it certainly comes to the fore as a leader and as a humanitarian hub of the world.

This is very well known since the Kuwait Fund for Development, which was established in the 1960s, has always been supportive of vital and humanitarian projects in a large number of countries, especially in Africa and some developing Arab countries.

The welfare and humanitarian initiatives and activities by both the Kuwaiti government and people of Kuwait reached different parts of the world in Asia and Africa and all other developing countries.

Such humanitarian activities were highlighted in the many official conferences adapted by the government and in direct support from His Highness the Amir Sheikh Sabah Al-Ahmad Al-Jaber Al-Sabah.

We should also not forget Kuwait’s noble and genuine stand of supporting the Palestinian people since the 1950s and this same support continues today.

What are the main challenges of the education sector to promote and motivate Kuwaitis to work here, take technical jobs, and participate in the private sector? What is the role that higher education institutions such as AOU play in this situation?

The educational system in Kuwait – and ever since the beginning of public schools – used to be free to all nationals and residents in Kuwait. However, with the increasing number of students, education in public schools from kindergarten to high school became subsidized by the government only for Kuwaiti nationals.

However, private education in public schools and at the university level – which is of high quality – is available for Kuwaitis and non-Kuwaitis alike.

It is worth pointing out, however, that the formal/government educational system faces great challenges and there is an urgent need to develop the instructional materials and the methods of teaching, together with the continuing professional development of staff, especially teachers.

Education is not meant to only provide students with knowledge but also with necessary skills and to form their way of thinking and values, most important of which is productive work and self-dependence.

Instilling and creating this culture among our students faces great challenges where we need to stress the importance of the value of work and productivity along with education.

Kuwaitis should be encouraged to join the private sector when they join the labor force and not only the public sector as the situation is now because this sector suffers from over-employment and lack of real productivity.

Universities, including the Arab Open University, are keen to provide their students with the advanced knowledge, especially in those specializations that meet the labor market’s needs.

Those students need also to be equipped with the practical skills like learning languages, and using modern technology, and then to aim at the private sector or productive works.

This university is based on the open learning model of education. Could you explain why this model was chosen and what were the principles that led H.H Prince Abdul Aziz to that decision? Also, what key milestones and challenges has the organization had in its time?

The Arab Open University (AOU) is a world-class, equal-opportunity university of higher learning. As a non-profit organization with its international partner OU (Open University) it offers open access to world-class degrees for all Arab youth.

Established by the Arab Gulf Program for Development (AGFUND) in 2001, it has impacted the lives of thousands of learners in eight Arab countries, in addition to pioneering and then influencing open learning in the entire region.

During its first decade, its efforts were focused on offering quality undergraduate education in four key areas: business, IT, language studies, and education.

Well into its second decade now, and for the purpose of meeting learners’ and market needs, it has diversified its offerings to include new undergraduate and graduate programs: MBA, MSc in Software Development, MA in English Literature, MAd in Instructional Technology, and several forthcoming programs in media, graphic design, law, engineering, etc.

AOU grants its graduates dual degrees validated by our reputable partner the Open University in the U.K. and accredited locally in each branch country.

AOU is what its founder and Chairman of the Board of Trustees, HRH Prince Talal Bin Abdul Aziz, has intended it to be: an open-access, not-for-profit institution seeking to make available solid education to all those desirous of having it regardless of geographical location, social and economic status, nationality, gender, age, religion or ethnicity.

Could you talk us through your experience? What do you think of the recovery? Kuwait was called “the pearl of the gulf”, is that pearl shining again in your opinion?

The period of the Iraqi invasion of Kuwait was a difficult one not only for the Kuwaitis but also for all Arabs.

Kuwait was a work hub and a living place for tens of thousands of the Arab and non-Arab labor force.

Kuwait used to be a cultural oasis and a platform for freedom of the press and research. All of this was ruined… you can imagine the results.

I personally was outside Kuwait, and was particularly in Britain, with my family. From there – and together with a group of Kuwaitis and other Arabs activists who were supportive of the Kuwaiti cause – I was extremely active in moving between London and other European countries, especially in conferences and international forums to explain the Kuwaiti right and to communicate with the intelligentsia in the world.

We were also very active in communicating with the Arab and foreign radio stations to explain the Kuwait cause.

After liberation and my return to Kuwait, we worked very hard to restore and rebuild the University of Kuwait.

And it was shortly after we returned that the classes were resumed at the university, when we used to teach and give our lectures first and then go and do some cleaning, refurnishing, and other logistic matters both at the university and in other parts of the country.

The speed – which was only a few months – in which normal life was restored in the liberated Kuwait proved to the entire world the will and power of people of Kuwait to show solidarity, unity and determination.

And if you ask me whether or not Kuwait will once again be viewed as the jewel of the Gulf, I say, “I hope so,” even though I envisage great challenges, and we were so late but the desire is there. We need more courageous policies and also to work much harder to put Kuwait back on track towards prosperity and progress.

The task is tough and the challenges are big but I have a great confidence in the capabilities of Kuwait to overcome all the difficulties and to have a fresh start.