J Trust Group President and CEO Nobuyoshi Fujisawa explains the importance of the ability to make fast decisions and bear risk to a venture capital company that can help overseas companies invest in Japan and the broader Asean region. 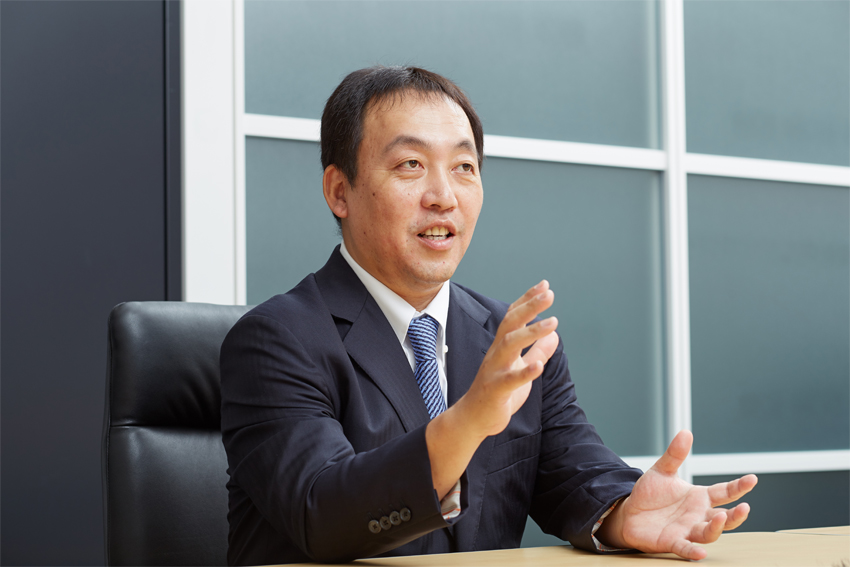 NOBUYOSHI FUJISAWA | PRESIDENT AND CEO OF THE J TRUST GROUP

What would you say has been an impact of Abenomics on the financial services sector and indeed on J Trust specifically?

My awareness of what Abenomics has done for the general public first of all is the very rapid rise in stock prices as well as the weakening of the yen. Since Prime Minister Abe took office, these two elements happened in such a short period. Within one to two years of that, stock values have doubled and the exchange rate between the yen and the dollar has changed. The dollar became 1.5 times stronger and the Japanese yen weakened to two-thirds of what it was. This had a very large impact on Japan as a whole.

For us, as J Trust, this meant that along with Abenomics, the growth of our stock prices is very significant. We were able to achieve an equity finance of 100 billion yen, which is something that is quite unthinkable for a company of our scale. It really is thanks to Abenomics that we were able to achieve this. And thanks to that, we were able to get our hands on funds that allowed us to prepare ourselves for further global operations. This has been of direct benefit to us from Abenomics.

What opportunities do you see within the TPP for J Trust as you move to expand your operations considerably in the Asia-Pacific region?

We, as the financial sector, are not ones to import manufactured products or foods directly, so I don’t expect a particularly large effect from the TPP for us, in a direct fashion. As we continue to expand our operations in Asia in the future, we plan to expand in financial operations and also we are looking to finance for sales of Japanese agricultural machines, solar panels, home appliances etc., starting from Indonesia to other Southeast Asian countries. I believe that the TPP will have a positive effect for us and we’re anticipating benefits.

Another point is that TPP has another element of liberalizing investments, and our company is interested in finding new investment opportunities regardless of the region. Taking that into consideration, there are various regulations in the countries at the moment before the ratification of the TPP. We expect that once the investment is liberalized, this should provide opportunities for us as well. I’m not sure what will actually end up happening but that is the expectation.

J Trust was founded in 1977 but it wasn’t until 2008, when you became the largest shareholder, that growth was prodigious. Indeed you came in and implemented a very strong M&A strategy, raising your operating revenue from 3.2 billion to 63.2 billion yen. Can you outline how you achieved such fantastic results?

It’s difficult to put in one phrase. As I mentioned earlier, compared to the established companies, we can be considered a venture company. The characteristic of a venture company is that usually it’s owned by an owner –it’s an owner-owned company. That means decisions are made quickly and companies are willing to bear risk because the owner can take responsibility if it fails. These two factors – fast decisions and the ability to bear risk – are the major contributors to our growth, I believe. If you look at our numbers, it looks like we have had only successes, but actually we’ve had more failures than successes. If we had three successes we would have had eight failures for that.

How are you working to attract investment? What does the future at J Trust look like?

First of all, we are operating banks in South Korea and Indonesia, and we may possibly purchase other banks in other countries. So, our first point of order is to grow these companies.

The other point is that, not only Japan, but the world of banking is a very closed one and it’s very strictly regulated. So if we are only doing banking, we would have to operate in this closed world only. We are aiming to spread freely into other, peripheral domains, to banking such as real estate property, hire-purchase, credit cards, leasing, and investments. While we do aim to grow our banks, we’d like to capitalize on the fact that we have banks to grow the other parts of our business as well, in this kind of flexible free fashion.

Central to Abenomics are significant reforms in corporate governance, which has led to what’s been called return on equity revolution here in Japan. In fact you’ve promised to your shareholders a return of equity of 10% within three years. What are thoughts on this revolution? How important is it to Japan’s growth, and how is J Trust adjusting and contributing to these new corporate governance reforms?

Regarding this point, I may have a different opinion than others. I do believe that corporate governance is a very important matter, so this is regarding the transparent management, but on the other hand ROE management is a totally separate issue.

Corporate governance is something that has been important to any listed company to maintain transparency in their management, even 10 years back, or 20 years back, and will continue to be necessary in the future. Regarding ROE focus management, I believe that this is a trend.

What I’m trying to say is that, the ROE is very different for every sector. For example in banking there’s a lot of financial leverage; on the other hand, the capital adequacy ratio is about 8% in South Korea, for example. It is natural that the ROE could go up. Another important objective of running a business is to have secure management, which means to have a high equity ratio. When you have high equity ratio, it naturally means that the ROE is going to be lower, so there is kind of a mismatch between these two goals. I believe it’s important to balance these two.

If you only pursue ROE, if something like the Lehman financial crisis happens again, the company would fail. On the other hand if you are pursuing only equity ratio and doing loan management with no loans, for example a profit margin of 5% and ROE of 5%, the shareholders will complain. The important thing is to figure out how to balance these two.

How are you working to position yourself and your brand as the trusted local partner in the financial services sector for companies who need an agile, a flexible company willing to bear risk and make fast decisions?

We are already in the process of starting this kind of initiative, and because we’re a financial service, we aid overseas companies to invest in Japan, mostly in the real estate sector. When overseas investors want to purchase Japanese real estate, Japanese banks will not lend money on their own, so we would like to provide them with the credit guarantees that are necessary for them to obtain the bank loans. This will be is the starting point for our involvement with overseas companies.

At its core, Abenomics is to sort of make Japan more international. In many ways we believe that J Trust really is a case study success in this regard.

You’ve done well here in Japan, and now you’re expanding internationally in Indonesia and Korea. You spend most of the year living and working in Singapore. What advice would you give to other Japanese CEOs and chairmen who aspire to build global companies like J Trust and what are the keys to internationalization?

Let me start by saying that it is a bit early to say that we’re an example of a success. Maybe it will take another two to three years for us to know whether or not we were really successful, but personally I am aiming for us to double the scale of the company by next year, so let’s start with that.

I live in Singapore and why is that? It is not just because Singapore offers a low tax rate, but because Singapore has the infrastructure set in place that optimizes information gathering for future businesses, and it is the center of finance. Personally, my opinion is that the head of the company should go abroad themselves and make the decision themselves on site. I live in Singapore and I travel around the periphery, or the countries nearby like Myanmar, Thailand, Cambodia, Vietnam, Laos, Philippines, Indonesia and Malaysia, etc. I go to these countries and meet most of the company leaders who are owners of companies, and they’re actually owners of these large consortium or trusts. When they meet me they say, “Oh you’re a Japanese person, so it means that it’s going to take three months before you come to a decision and come to an agreement,” because they’re used to people saying, “I have to go back to Japan to discuss with my colleagues, and even if the answer is no, it’s going to take three months for the answer to be reached,” so Japan is known for a slow style of management.

I myself go to these different countries, meet directly with these company owners and make the decision right there. Gradually, I’ve been able to gain their trust with this kind of management style. I believe that for Japanese companies to succeed abroad, they have two options. The first option is, for companies like Toyota, Fujifilm, etc., to offer overwhelming quality products. They can export that abroad. But for more venture companies like us, I believe the key is to make decisions quickly and for the decision maker to be present at the site.

How would you like the international community to perceive Japan? What’s the new brand of Japan, as it leaves behind two decades of deflation?

Living abroad, and I live in Singapore which is a developed country, and of course this will be even more applicable to developing countries like Indonesia, but even in Singapore I feel that Japanese products and their quality, and the spirit of Omotenashi in Japan, is something impressive.

Major companies of Japan and trading companies have already expanded into Asean, but even then, when I live abroad, I feel that there are so many things in Japan that I wish also existed in Asean countries. The thing that I notice about these countries is that whoever comes up with, or brings over, the idea first to that country, they are able to monopolize the market. If you’re going to go abroad it’s most important to beat out the competition; and if you do then you’ll be able to get majority of the market share. And of course maybe you’ll have even larger competition that will takeover afterwards. It’s very important to get there first, and for you the leader to take lead rather than just sending your employees there. In any case, as I live abroad, I really realize what a wonderful country Japan is.