Education as the backbone of Kuwait’s Economic Development

Minister Hamed Al-Azemi discusses initiatives to enhance the Education and Higher Education sector in Kuwait ahead of the New Kuwait Vision 2035 plan, and explains relevance of the bilateral relationship with the US in the sector. 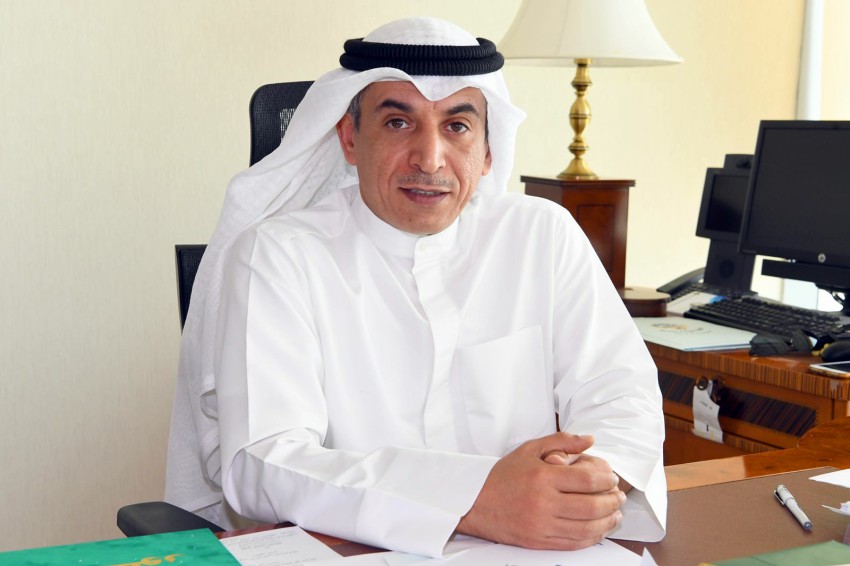 Can you please share your thoughts on some of Kuwait’s top initiatives or projects during 2018-19 and the impact they will provide for the Education sector of Kuwai?.

Since the independence in Kuwait, one of the major pillars in the country objectives has been education; education is the building stone for any society and development. In Kuwait, we always had as policy for our country, having as our number one priority, in our budget and legislation, education.

Our scholarship program started forty years ago, we have always been sending Kuwaitis outside for two main reasons; one of them is, of course, education, the other is to build projects and relationships with other countries, and we have been extremely successful with this issue.

Our scholarship program goes yearly and we invest vast resources in the education of our people, especially for the younger ones. We always invest in the vision directed by His Highness the Emir, and His Highness has always pushed towards education, as the mainstream for our young people. Of course, there are always challenges that we always face; however, we always end up overcoming these challenges.

To start from the beginning, Kuwait has one single state university; government university, which has been, for the past forty years, one of the best universities in the GCC region.

However, as the population increased, we needed to open up new routes for education, one of which is the scholarship program, and the other is the private education institutions here in Kuwait; the private schools, and the private universities when it comes to higher education.

Currently, we have around 15,500 students in the U.S. We always push towards having more and more students learning abroad, we have thirteen offices abroad to follow up on how our students are doing. These offices are dedicated to looking after our educational and cultural issues. Some countries where we have these offices are, for example, the United States, UK, Canada, Australia, France, Egypt, and in the GCC Countries, we have three of them, these are just the ones at the top of my head, just to mention a few of them.

But the main issue and the main focus that we have always been trying to give to our society is quality education; as "education is the only way to develop a country." Other than that, we can always have buildings; cement and stones, but if you don't have the minds to run these buildings, you're just wasting your money.

These past two years, we've been having yearly strategic dialogues with the U.S., and they have been very successful and helped us a lot – as the ministry of education – to overcome small problems that we used to have, such as immigration issues, and assuring our students' welfare while they are in the states.

We have been very successful with the United States as a partner, especially from the educational perspective. When it comes to research, we do have KISR, which is one of the biggest research entities, and the government finances the budgeting, which funds the research. I cannot talk specifically about any activity because they have great volumes of research. One of the main objectives is that they have good cooperation with the U.S, U.K, Japan, and almost any other country.

What do you think that Kuwait, and the Ministry of Education and Higher Education could do – or is already doing – in order to prepare their people to be better professionals for the future?

One of the major things that I have done in the past three years is creating what we call a National Merit program. The National Merit program is specifically a program of scholarships, in which we tell the students that if they get an admission into one of the top 100 global schools in the world, they will have a special scholarship, in which the government will take care of almost everything, including their salaries. The government will give you double the salary than the regular scholarship, the aim is to encourage them to reach their fullest potential, and this has been really successful in the past two years.

The incentive has worked as an incubator for talents. This is an incentive for students who are really serious about studying in higher education institutes with really high ranking. We have been noticing lately that many students did choose to go through this scholarship program because it really benefits them in a very special way, they feel appreciated and find the real value for them. For investing in human capital, I think this is the best way of investment.  Especially for any country that looks forward to 2035 or 2050.

Now there is another part that we have to discuss, which is primary education. We have been working on this lately. We have had some challenges in the past years, but we have overcome most of them. We have been focusing heavily on this, and I think that this is the starting point of good investment.

As you know in Kuwait education is completely free for Kuwaitis; the country provides education for everyone. It is a substantial budget to manage; which is a great amount of money. In general, Kuwait spends a huge amount of money on education, to be honest, and as I said, it's always been the policy of the country to invest in people, and that's one of the primary interest in the country, and I do believe in that too. I am a great believer in humans, especially human minds, especially in young people.

Some 15,500 Kuwaiti students are studying at American higher educational institutions. How do you think that this number could be enlarged, taking advantage of this great moment that is being built building now with the U.S.-Kuwait strategic dialogues?

There are two objectives when we send students abroad: one of them is of course focused on the education and academic perspective – to give our students exposure to the best international higher-level education in leading universities like those in the U.S. The other objective is about cultural understanding and building cultural bridges through educational exchanges, which helps to bring our nations even closer together.

It is really important that you do not look at a scholarship as a three-year or four-year residency in a different country to get education. Education can always be imported here. Ultimately you are thinking about a mindset, living in a different environment, improvising yourself in this new atmosphere, this is what I believe is an investment in human capital.

Honestly, this is because I have been through it and I know exactly how you change a human mind by interacting with other cultures, other behaviors, which helps to build acceptance of others. I am not against bringing the institution to Kuwait or otherwise, I am just emphasizing the fact that when you open bridges with other countries, and with other societies, humans become more tolerant to things, to ideas, to accepting things, and that is what is important. I think that is the main objective, understanding others.

You are supporting Kuwaiti youth, but there are as some that probably do not have the skills to be accepted for these scholarships. Are there any other kinds of programs or MoU, for the ones that are not allowed to be selected to go abroad?

We do have lots of programs. Almost all private universities have an agreement with the U.S, and U.K, and Australia, and other universities. In this matter, it is not the language that is the problem, it is mainly due to the fact that some parents do not want to let their kids go abroad, and we help that issue by bringing teachers from abroad to teach here.

Most of the workplaces here in Kuwait send their employees to do short courses, in Singapore, in India, in the U.S, in Italy, almost everywhere. So, I think Kuwaitis in general, as a society, have been well-travelled people since 50s and 60s. If you sit with anyone here in Kuwait, you will understand that they are extremely well travelled, and that is the culture here. But what is important is having the opportunity to live outside for a long period of time, to settle somewhere; as most of you know, to settle in a place is different from being a tourist.

How is the educational sector in Kuwait being shaped in the age of the digital revolution, with new opportunities involving the internet, artificial intelligence and so on?

The digital revolution has been going on for the past maybe 15 years heavily in the job market, and most of our graduates coming from abroad were very well prepared. I am talking from abroad, maybe in Europe, U.S, Canada, and Australia. Now we do have another side of the story, which is people who graduate from the Arab countries or the region, who may not be as efficient as others. What happens here is, for almost all the new employees, there has always been development for these kinds of skills at the job place itself. I do not think there is a job place here in Kuwait – in the private sector or government sector – which does not require having a background in the basics when it comes to electronic devices or the digital revolution.

To fully understand Kuwait, you need to know that the government employs lots of people. On the other side, the private sector is extremely picky when hiring talents. We have wonderful people in Kuwait and the youth has so much talent nowadays. We have great minds and hardworking people, there is just a need for someone to incubate them and invest in their talents. We hear complaints to be honest, but most of those complaints are not because there is a lack of talent, but because the environment probably is not capable of managing those talents and harnessing them in the right way.

What would you say to our audience regarding the tools American education has provided to you; and how these tools tangibly helped you in your life and more specifically to become the Minister of Education?

I did my undergraduate studies at Washington University Saint Louis, which is a really excellent school. I got my PhD at the University of Washington under Prof Medichi. He had a big impact on me but unfortunately, he passed away before I finished my PhD, so I continued under Dr. Murat Azizouglo, another person whom I respect a lot. Frankly a lot of the success I have had in my career, I can attribute to my experience in these two fantastic universities, which gave me so much. I learned so much, and not only from an educational perspective. They also gave me ethical values that have shaped my understanding and how I work. It was one of the most enriching experiences that I have had in my life, and I am very proud to say that. My nine years studying in the U.S. helped to make my career path very clear to me and I knew where I wanted to go. I am doing well, because these two universities showed me the roadmap to build a successful professional career.