‘Bank on our integrity’

John D. Okrafo-Smart, Managing Director of Rokel Commercial Bank, speaks to The Worldfolio about the investment opportunities in Sierra Leone and gives his insight into the banking landscape. 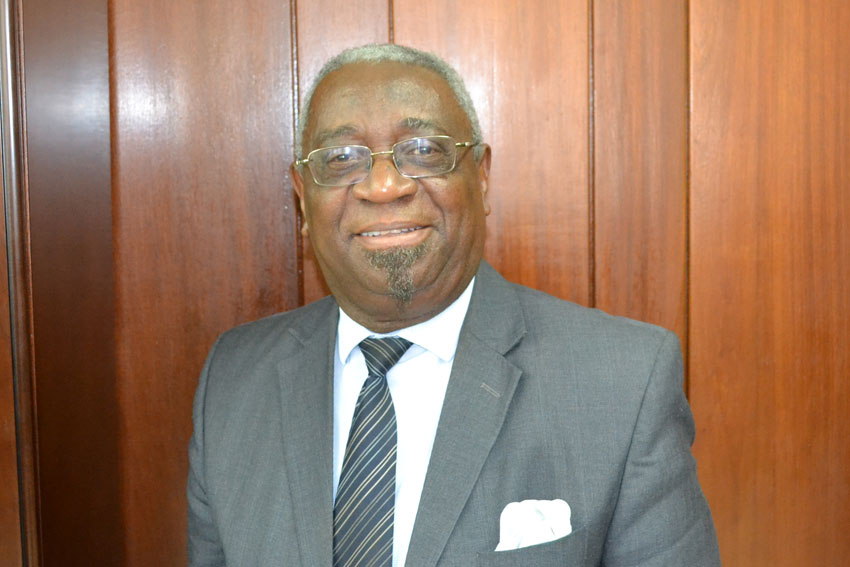 One of the main objectives of the Agenda for Prosperity (A4P) is to attract and diversify FDI to the country and boost private sector investment, now estimated at only 10% of GDP. This private sector investment is mainly concentrated on a few sectors, such as mining, with limited direct impact on growth and employment creation. Beyond mining, what sectors do you consider have the biggest potential for foreign investors? What regulatory reforms would you consider are required to develop a stronger financial sector in Sierra Leone?

It is true that the mining sector is the most attractive now in Sierra Leone. It is more direct regarding operations, with a well organised international trading, including published world prices. However, it is certainly not the only attractive sector. The agriculture and hospitality sectors are also offering good opportunities in Sierra Leone because of the natural endowment of the country of the elements to make them successful.

With regard to agriculture, there is ample arable land and appropriate water both during the rainy and dry seasons, as the water provided by heavy rainfall can be stored to be used during the dry season. In terms of investment, it is usually medium to long term and has to be marched with long-term sources of funding which are not readily available. The same goes for the hospitality industry. Our country enjoys the required elements to make this sector successful: beautiful beaches, attractive mountains, valleys and a rich culture.

The main regulatory reforms needed in these areas among others are the land tenor system and other sweeteners to attract foreign investment in the form of relevant waivers.

The government is looking at accessing funds from international capital markets, working with partners to conduct credit sovereign ratings, providing relevant assessments of Sierra Leone’s ability to honour its external obligations as and when they fall due. What should be the role of Sierra Leone’s banks in these efforts?

The Government of Sierra Leone is placing great priority in improving the business climate, enhancing infrastructure and support to private sector development. In line with the government focus, the Central Bank is targeting price stability in support of economic recovery, enhancing monetary policy instruments and liquidity management and also limiting intervention in the foreign exchange market, which will be important to preserve foreign exchange reserves.

The above measures will help in the strengthening of the banking system to support financial intermediation. Commercial banks are thus poised to benefit and take advantage of the improved economic and business environment by offering better services to their customers, including loans and overdrafts and forex to import, thereby creating wealth and boosting government revenue.

Amongst the thirteen commercial banks operating in Sierra Leone, Rokel Commercial Bank has consistently been listed as one of the top three banks in the industry in terms of market share, profitability and asset base. What have been the key that has put Rokel among the top three banks in the country? What are the competitive advantages of Rokel in front of the other banks operating in Sierra Leone?

Rokel Commercial Bank was formerly Barclays Bank of Sierra Leone and has been in existence for well over four decades. The bank has benefitted over the years through its large and strong customer base especially during the period it traded and enjoyed the status of being an international bank, which ensured a disciplined nature, exemplary customer service and effective staff training and enhancement.

The above attributes have ensured strong customer service delivery channels leading to high level of customer retention. This has helped to maintain a very strong customer base and continuous increase in our balance sheet figures hence keeping us amongst the top three banks in the country.

Rokel Commercial Bank is one of the key drivers in the Sierra Leone economy and a dominant player in the banking sector with highly trained and skilled staff, countrywide representation of 12 branches, mobile banking services, ATMs, Points of Sale Terminals, SMS telephone alerts and a 24-hour online banking service. These are some of the attributes that have given Rokel Commercial Bank a competitive advantage over other commercial banks in Sierra Leone.

The new Oversight Committee together with the caretaker management team were able to identify and build on the weakness of management and our services. The bank has also embarked in various marketing and advertising campaigning and rebranding its products to meet customers’ needs.

We will continue to leverage on our strengths in the retail market by increasing our delivery channels and outlets with innovative and convenient products for our customers.

Until this moment, the shares of Rokel are the only banking shares that have been enlisted in the Sierra Leone Stock Exchange. With the improved performance of the bank over the last two years, there is growing confidence in the market and it is bound to be reflected in the price of the company’s shares.

The bank currently needs an injection of additional capital to meet the ratios set in the revised Prudential Guidelines and to meet the regulatory capital. It intends to explore the possibility of raising additional capital by a further issue of unissued shares. The National Commission for Privatization which is the institution responsible for privatization has just acquired a new Chairman and the effort is continuing.

The Rokel Commercial Bank has the widest coverage, with a branch or agency in almost every district in Sierra Leone. How is Rokel supporting local economies and supporting the revitalization of the different Sierra Leone provinces today? What are your strategies to stimulate sustainable growth?

Rokel recognises the importance of the private sector and is poised to lend its support to local economies. Rokel encourages local entrepreneurs to discuss their ideas with its Business Development unit and where possible render the help that is desired.

The location and spread of our thirteen branches make for easy access to the bank. This makes for a possibility for growth in the provinces. Our presence in almost all the provincial headquarter towns is a show of strength in the market.

Rokel understands and indeed believes in financial intermediation to stimulate sustainable growth, so that when success is achieved it will be national success as well as a proud catalyst of the bank.

We support the government in its drive to increase the bankable population as well as helping to eradicate ghost workers from the payroll by opening accounts for government workers. This has helped to reduce the wage bill by over 10%.

We are taking banking to people through our mobile banking units, ATM debit cards POS, Online Banking and branch networks. We will continue to increase our presence wherever and whenever necessary.

With our active participation in the current financial inclusion, we will continue to encourage more private sector people to operate accounts and provide wider range of opportunities to access finance. We will continue to support small and medium enterprises and commerce in general.

Prior to my appointment as Managing Director of Rokel Commercial Bank, the bank was in deep trouble making a huge loss due to unrecovered loans and a loss of its capital. Through cautious lending, controlled expenditure and increased revenue, the bank has been put on an even keel. The bank is still be-devilled by making huge provisions for impairment of bad and doubtful debts. It is hoped that this will soon come to an end as we approach a situation where 100% of the bad and doubtful debts would have been provided for.

In the recent past, the bank had lost ground in its positioning in the banking industry of Sierra Leone. However, thanks to a formidable team and an effective branch network that has been put in place to improve the bank customer care, we are retaking our leadership. Our continued effort to take banking to people will be intensified so that as the bank has been brought above the loss line that will be maintained in the future. The goal is that our clients and customers will truly “bank on our integrity”.

I plan that in five years, Rokel Commercial Bank will be the bank to contend with.