The English-speaking gateway to West Africa

Located on the West Coast of Africa, The Gambia is geographically the continent’s smallest mainland country, stretching less than 30 miles across at its widest point. 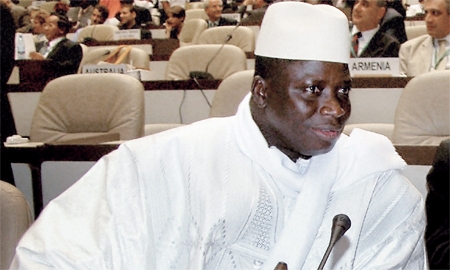 However, its position along the River Gambia from which it takes its name has always given the country a strategic and trading advantage, and since gaining independence from the UK in 1965 the country has developed into a multi-ethnic society with a high level of racial and religious tolerance.

Though 90% of its population of 1.7 million people are Muslim, the country has not come close to suffering the unrest which has recently afflicted many of its neighbours to the north. In many ways, The Gambia has been a model of stability for the region. Since 1965 it has been ruled democratically, save for a largely bloodless coup in 1994 that instituted a brief period of military rule. A presidential election was held in 1996, giving Yahya Jammeh a democratic mandate as the country’s leader.

The Gambia has made progress in economic management since the economic crises of previous decades. However, despite the gains made, per capita income has barely increased during this period (largely as a result of rapid demographic growth), and The Gambia still lagged behind high and middle-income countries in terms of social indices. Against this backdrop Vision 2020 was launched in 1996, and in 2000 The Gambia adopted the UN Millenium Declaration.

President Yahya Jammeh is committed to transforming The Gambia into a trading, export-oriented agricultural and manufacturing nation, thriving on free-market policies and a vibrant private sector, sustained by a well-educated, skilled, healthy, self-reliant and enterprising population.

To date, The Gambia is on track to providing universal access to primary education and basic sanitation to the public, in addition to supplying the private sector with the benefits of the new technologies.

Amadou Colley, Governor of the Central Bank of The Gambia (CBG), recently announced resounding performances in the banking sector, which he said remains fundamentally solid, with key financial soundness indicators showing the average capital adequacy ratio at 49 per cent in March 2011, compared with 46.3 per cent in December last year, well over and above the minimum requirement of 8 per cent. “All the banks have met the requirement,” he said.

The banking sector continued to expand as a whole, driven mainly by foreign direct investments (FDI) and intensified competition among banks, as new institutions enter the industry. Despite fully liberalised capital-account transactions, the banking sector was relatively isolated from the direct impact of the financial crisis, largely because there was no stock market and the banks were highly capitalised.

The Gambia has run substantial trade and current-account deficits financed largely by official grants and public outstanding debts. One of the challenges facing the government is to contain unpaid sums to a sustainable level. In particular, managing the high-cost domestic public debts, amounting to 24.4 per cent of GDP in 2009, will be crucial to the economy’s sustainability.

However, with growth in the past three years averaging 6.3 per cent, The Gambia ranks among the high-growth economies in Western Africa. The government has maintained macroeconomic stability amidst the global financial crisis with an expansionary tax policy, a flexible monetary policy, and financial and technical support from development partners. Prices have stabilised to a low level since the second half of 2008 having undergone relatively high inflation.

The country has benefited from public sector reforms that include the institution of the Integrated Financial Management Information System (IFMIS) for improving the transparency of public finance, and the Gambia Revenue Authority (GRA), aimed at enhancing the tax-collection system. The compliance rate of tax payers has increased since the introduction of the GRA. This improved effectiveness of tax collection led to a substantial increase in domestic and international trade tax revenue.

BACK TO THE LAND

CBG governor Colley also announced overall growth of 5 per cent last year, largely due to the strength of the agricultural sector. Buoyed by the President’s “Back to Agriculture” call, farming development has become a priority in the policy agenda. Given high poverty rates and the prevalence of undernourishment in rural areas, increasing agricultural productivity is an urgent issue to be addressed. As agriculture requires relatively small initial investments compared with services and manufacturing, increasing productivity seems feasible, assuming infrastructural improvements are provided by the government and private donors. In fact, introduction of new-variety seeds and new methods of cultivation contributed to increased production of high-value rice in 2009. The application of these agricultural innovations on a wider scale is expected to help the country achieve food self-sufficiency in the years to come.

Governor Colley said strong performances in agriculture and telecoms are expected to offset the continued weakness in tourism, while exports in groundnuts are projected to be strong, boosted by good harvests, and higher prices.