Investor interest in Africa is based on impressive growth rates and increased opportunity, as well as security 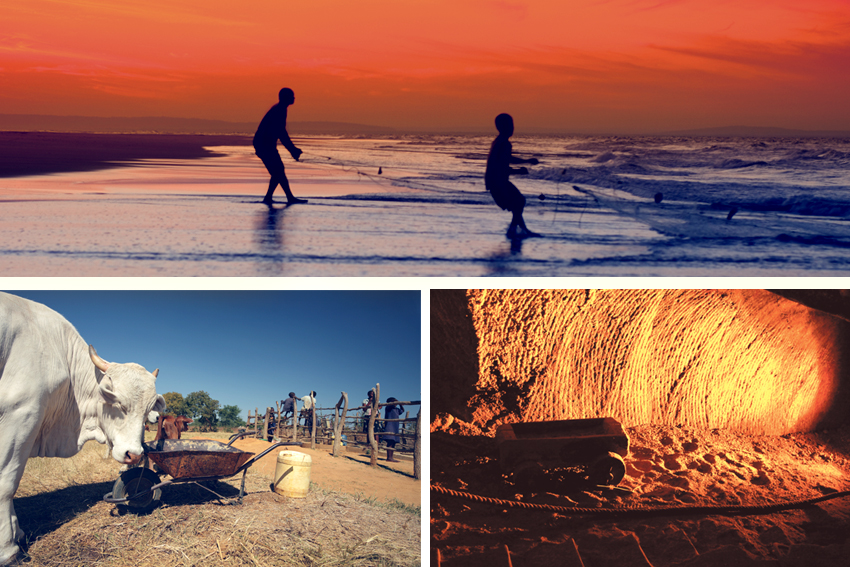 Africa has a tendency to generate the kind of headlines that make investors uneasy. As a result the continent barely appears on investors’ radar screens with only 0.3% of the average portfolio in the U.S. invested in the African continent. But more fund managers and economists believe it’s high time for that to change. With a lot of factors falling into place at the same time -- rapid economic growth, political stability, and a young and increasingly middle-class population -- the continent stands on the cusp of a promising upturn.

For investors with steady nerves, analysts note, Africa offers an opportunity to reap a better return than in the “old” emerging markets -- an opportunity to cash in on greater growth than they can expect from, say, the BRICs. While economic growth and a rising stock market don’t always occur in tandem, some investors see the two creating a virtuous cycle in Africa.

“We believe that Africa could be the emerging market story of the next decade,” said Mark Mobius, Executive Chairman of Templeton Emerging Markets Group and manager of the Templeton Africa Fund. Indeed, many are already taking the plunge, with Jim O’Neill, a former chief economist at Goldman Sachs -- who coined the term BRIC -- investing in the region. Among other moves, Mr. O’Neill has personally invested in an African mobile currency app.

Africa’s remarkable economic growth during the past decade has been based on sustainable drivers of performance, including a transformation in leadership and abundant natural resources. Opportunities to profit exist in infrastructure and robust demand for consumer goods and services from a growing middle class. Challenges to investing in Africa remain, but investors who can overcome them will encounter superior investment prospects. There has never been a better time to invest in one of the many African countries that are offering a perfect combination of untouched resources and state-assured security and as a result, unprecedented returns on investment.

Another reason for the economic boom is the makeup of the population -- favorable demography is helping to drive Africa’s growth. With the youngest population in the world, the continent is in the economically fortunate situation of having a lot of people entering the workforce coupled with very few retirees (in that sense it’s the opposite of Germany and Japan, where large populations of ex-workers are putting the brakes on economic growth). In the strongest African economies, as the workforce expands, economists expect demographics to drive higher demand for services, goods, housing and infrastructure, which in turn will help drive domestic economies. Of course, there’s no single, monolithic African country to invest in; there are 48 countries in the sub-Saharan category. Two countries that exhibit the characteristics that are interesting investors across the continent are Mozambique and Zambia.

This is a very special year for Mozambique because it marks 40 years of independence and national sovereignty. Many post-colonial challenges have been overcome, and the country now finds itself among the leading nations on the African continent. The biggest indicator of progress is Mozambique’s remarkable economic growth: in the last 20 years the economy has grown at an average rate of 7.3%, and this year the World Bank and the International Monetary Fund predict growth of 2.5% higher than the rest of the countries in the region. “Production costs in Zambia are low; the cost of labor in Zambia is negligible, and the cost of electricity and transport is much lower here”

The reason for this achievement is simple, according to Carlos Dos Santos, the High Commissioner of the Republic of Mozambique. “One reason is the geography of the country. The strategic location of Mozambique is a competitive and comparative advantage because it is very well located on the Indian Ocean coast. Furthermore, the unusual length of the country provides a variety of microclimates which allows the growth of almost everything in Mozambique. In addition there is a wealth of natural resources and, of course, the long coastline, which has helped the country develop an impressive tourism industry -- there is great sand, beaches and abundant wildlife, as well as the fishery industry.”

Two concerns that are commonly raised about investment in Africa are safety and bureaucracy. However, as Mr. Dos Santos explains, safety need not be a concern due to the strength of law and civil obedience, and also the fact that the Mozambican government supports investors at every level. Regarding transparency and bureaucracy, he points out that the recently published Doing Business Ranking report published by the World Bank, positions Mozambique very favorably.

Zambia is another success story of note, growing at tremendous pace, with gross GDP growth of 7.5% per year over the past decade. Like Mozambique it is a peaceful country, and therefore represents a safe investment destination. As Zambia’s Information Minister, the Honorable Chishimba Kambwili explains. “Compared to other African countries, especially in the Southern Africa region, Zambia is a very politically stable country with low crime rates; Crime is minimal and its people are kind and welcoming.”

Furthermore, like many countries in Africa, Zambia is endowed with many untouched natural resources. The mainstay of the economy has historically been the copper mining industry, but in the last 10 years or so the country has been attempting to diversify the economy away from dependence on copper and onto agricultural produce; Zambia has a vast expanse of land and rich soils.

As Mr. Kambwili explains: “My appeal to investors is to come and invest in Zambia; you will find value for your money. Production costs in Zambia are low; the cost of labor in Zambia is negligible, and the cost of electricity and transport is much lower here. This package of advantages makes Zambia very attractive to an investor in any market.”

Mozambique and Zambia are set to participate in a major investment summit -- The Global African Investment Summit -- in December. With over 750 investors attending, and a predicted $235 billion to be invested in Africa over the next 12 months, there has never been a more ideal time to invest in this as yet untapped market. •