“We are looking to keep on growing”

2014 turned out to be a record-breaking year for Palm Hills Developments, Egypt’s leading real estate company and a specialist of high-end homes, and this year is already looking favorable 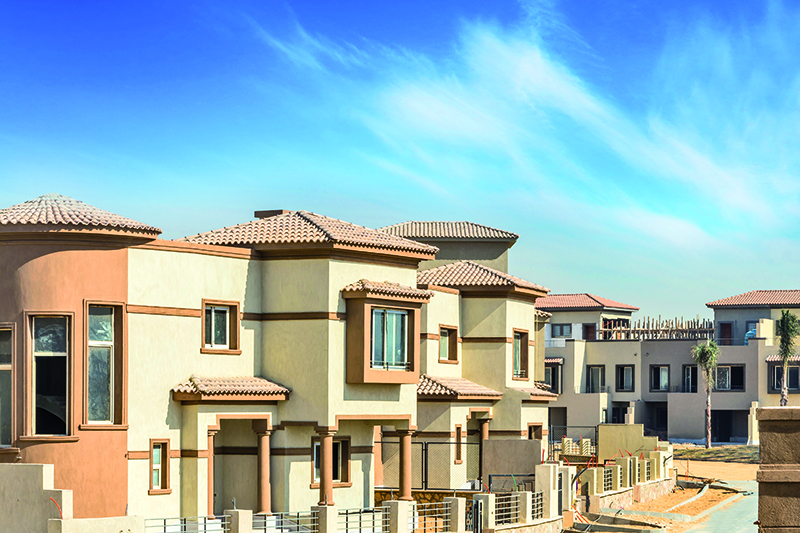 Last year, Palm Hills’ sales bookings grew 200%, amounting to over $499.8 million, a success attributed not only to the fact that the real estate sector is one of the fastest-growing sectors in Egypt, but also to the company’s hard work and change of tactic. By deciding to focus mainly on its product, Palm Hills dedicated a capital increase of $79 million in 2013. By 2014, previous challenges were solved and Palm Hills invested $131 million in construction.

Currently, Palm Hills possesses one of the largest land banks in the country and is rapidly growing into a regional player, currently maintaining a roster of 18 projects, located nationwide.

Known for its grand, beautiful estates surrounded by wide green spaces, lakes and golf courses, Palm Hills stands out as the developer of some of the nation’s most luxurious and sophisticated projects.

However, Palm Hills’ mission extends beyond merely constructing buildings; the company aims to provide a better quality of life by developing and maintaining signature projects that, by influencing the way people live in communities, will thereby influence the way Egyptians live in the country.

Not only a catalyst for changing the way people live, Palm Hills is also an active participant within the wider community, with philanthropic initiatives as part of its “Building On” corporate social responsibility campaign. As a way of supporting Egypt’s labor force, Palm Hills signed a joint cooperation agreement with the Industrial Training Council (ITC) of the Ministry of Industry, Trade and Small and Medium Enterprises to provide vocational training for youths, with the aim of qualifying them to join various productive sectors in the job market. In so doing, Palm Hills is creating employment opportunities and is contributing towards the development of human resources and a qualified work force.

Another initiative in line with Palm Hills’ “Building On” project is a commitment to provide less fortunate villages with infrastructure and facilities. As part of a protocol that Palm Hills signed with the Ministry of Housing and the Mansour Foundation for Development, Palm Hills donated a total of $16 million.

Palm Hills’ co-CEO, Tarek Abdel-Rahman, predicts even further opportunities in terms of prosperity for the business with the upcoming and highly anticipated Egypt Economic Development Conference.

“We are looking to buy and keep growing,” Mr. Abdel-Rahman says. “We are raising our capital by EGP1.65 billion ($216 million) to build more residential and commercial properties. We want to meet potential investors at the conference and then go on an international road show with the fresh new perception of Egypt.”

Indeed, the country’s international image is an important topic. However, Mr. Abdel-Rahman speaks about this issue with an air of positivity, especially from an economic point of view. He expects that the successful completion of projects resulting from the numerous investors from all around the world bidding for major Egyptian companies will inspire further confidence in the international investment community.

After years of hard work in the company’s efforts to survive the instability of Egypt’s economy, Mr. Abdel-Rahman can finally watch as his business flourishes, supported by a market that – with the real estate sector growth rates expected to exceed 14% in 2015 – is promising years of potential.

The sector’s prosperity is significantly attributed to Egypt’s demand for houses, a demand that is not only a problem stemming from the past few years, but one that is still growing due to an expanding population growth of 2% and a consequent urbanization rate of 4%.

“Our aim is to construct houses fast enough with the quality that people have come to expect from Palm Hills,” Mr. Abdel-Rahman explains.

The next five years are set to be full of new projects, collaborations and venturing across new horizons as Palm Hills is not only further expanding current work in the residential market – such as the 5,700 acres of land that they own, with 2,500 acres already being worked on – but they are also entering into the commercial real estate side of the business.

“In our communities, we own 300,000 square meters (74 acres) of land for commercial development. This will allow us to have a different cash flow profile. With residential units you’re based off of sales and buying the next piece of land, while commercial properties gives you recurring income year after year,” explains the co-CEO.

There is, of course, the perpetual search for new land. “We placed a bid for 68 acres with the government, we are talking to another developer to co-develop 100 acres and we are looking to buy more land,” says Mr. Abdel-Rahman, clearly indicating, without so many words, that Palm Hills is more than ready to move forward with the sector’s increasing metabolism.