Use it or lose it

Article - December 10, 2012
'Cadastrophic' might be the word that best describes the state of Nigeria's mining sector up to 2006, when the government then in office assumed responsibility for regulating, supervising and facilitating the activity, as well as for cleaning up the mess left over from decades of neglect and indifference 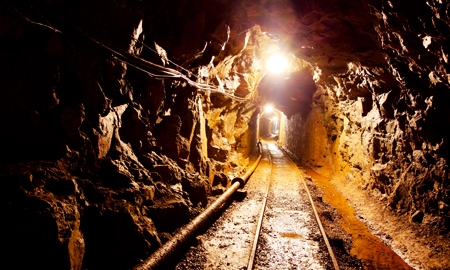 KEY MINERAL RESOURCES SUCH AS BITUMEN, GOLD, IRON ORE, ZINC AND GOLD ARE BEING TARGETED FOR EXPLOITATION
SHARE

The Mining and Mineral Act approved by lawmakers the following year called for the establishment of a “well-organised, uniform and interactive cadastral system” to guarantee that titles, options and licenses to explore and exploit Nigeria’s mineral resources were made available to investors in a transparent manner and with full legal guarantees.

Failure to pay annual fees apart, the only situation in which a license might be revoked is the expiry of a stipulated period of validity without any significant development of the site in question. “Use it or lose it, is our policy,” says Mohammed Amate, Director General of the Nigerian Mining Cadastre Office. That, and a strict “first come, first served” basis for the registration of conflicting title claims.

“A reliable and transparent mining cadastre represents an essential component for the promotion of investment in the mineral sector, as it provides technical security for mining titles tenure,” adds Minister of Mining and Steel Development, Musa Mohammed Sada. “No serious investor comes to a country with an opaque licensing system. Mining companies will simply not invest if they cannot be assured that the assets they create will be secured.”

Nigerian authorities made every effort to put things right, and with assistance from the World Bank, built a new headquarters in Abuja where 33 highly qualified engineers, surveyors, cartographers and IT specialists fine tune an ultra-modern computer system running on custom-designed software for the administration of mining titles. However the changes that were made affect considerably more than the furniture.

Until the new law kicked in, the existing system had been to nobody’s advantage, characterised by its inaccurate, untrustworthy or unaccounted for statistical data entries. Digitalisation was rudimentary, gaps in the topographic map sheets a common source of frustration, not to mention a huge backlog of pending applications that might or might not have been successfully adjudicated – but no formal guidelines for approval or rejection appears to have existed. That margin for discretion and the downstream corruption it nourished have been eliminated from the process. A series of objective, clearly delineated criteria, mainly related to the petitioner’s financial and technical solvency, now applies. The entire process is required by law to take no more than 45 days.

What the old system did have and will not likely be missed was government meddling, and plenty of it. Now, pledges Mr Sada, the Cadastre Office’s administrative independence will “ensure the eradication of discretionary powers and therefore limit government interference in the issuance, suspension and revocation of mineral titles and permits.”