Turkey’s Economy Survives and Thrives, Even in the Face of a Perfect Storm 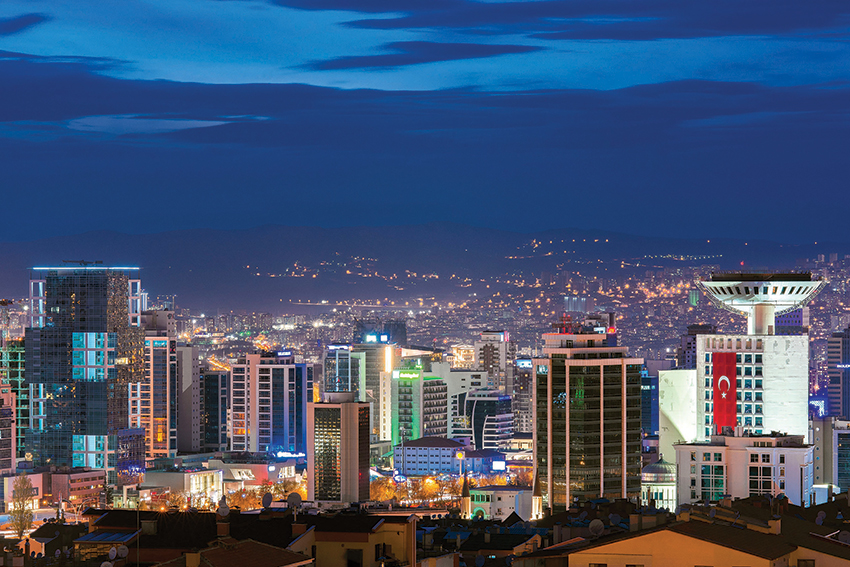 All the positive actions taken at G20 level under the Turkish Presidency cannot hide the fact that 2015 has been a turbulent year for the global economy, as markets have grappled with the twin spectres of a Chinese economic slowdown and an expected hike in U.S. interest rates. In September, the Organisation for Economic Cooperation and Development (OECD) cut its global growth forecasts from 3.1% to 3% in 2015, and from 3.8% to 3.6% in 2016.

Emerging markets have been particularly affected, perhaps none more so than Turkey, which was also hit by its own ‘perfect storm’ of two bitterly fought elections, a plummeting currency, weak demand in neighbouring countries, the breakdown of the Kurdish peace process and episodes of deadly violence within its own borders.

But amid all the despairing international headlines, it is easy to forget that Turkey has been one of the success stories of the global economy for much of this century. Structural reforms enacted in the early years of the AKP (Adalet ve Kalkınma Partisi, Justice and Development Party) government saw the Turkish economy grow at an average rate of 7.2% between 2002 and 2006, before peaking at 9% in 2010 and 2011.

Even in a tumultuous 2015, Turkey’s GDP expanded 3.8% in the second quarter compared to last year on the back of strong domestic demand, highlighting the resilience and enduring potential of this major emerging market economy.

Indeed, the Turkish economy has been on a non-stop positive growth trend since the final quarter of 2009.

As Siemens Turkey CEO Hüseyin Gelis points out, “Turkey is destined to grow.” Why? “Well, we have some competitive advantages: we have a very young population; we are building the necessary infrastructure; and we are associated very closely to Europe and its norms and standards.”

Speaking to Turkey’s most informed and influential business leaders, there is a strong sense that whilst Turkey’s recent economic performance does not match its potential, it is only a matter of time before the country recovers its momentum. That is, providing it can recover stability in the political arena following two consecutive election campaigns marked by acrimony and polarisation..

“Turkey has successfully managed many crises in our history: political, economic and geographical,” says Cenk Alper, CEO of Kordsa Global, a Sabanci Group company which has production facilities across five continents.

“That is the power of the Turkish people, because we are very courageous, hardworking, out-of-the-box thinkers. With all these aspects, I believe that this is a just transition period right now. Economic dynamism, qualified human resources, and our profile as an international hub are amongst the attractions that the Turkish business environment still presents,” Mr. Alper adds.

Even in a tumultuous 2015, Turkey’s GDP expanded 3.8% in the second quarter compared to last year on the back of strong domestic demand, highlighting the resilience and enduring potential of this major emerging market economy.

Thanks to the wide-ranging reforms and prudent macroeconomic policies that characterised the initial phase of the AKP Government, Turkey’s per-capita income rose from $3,492 in 2002 to $10,807 a decade later. Not content with this remarkable progress, Turkey has set its sights on becoming a high-income economy by 2023, the centenary of the Turkish Republic. This will be no easy task; only 13 out of 101 middle-income economies have made the leap to high-income status since the 1960s, according to the World Bank. But Turkey has never lacked ambition.

“The overall Turkish mentality is different to the Western European mentality. As soon as an opportunity appears, we go for it,” explains Mr. Gelis. “A customer might come to us and say, ‘I want to build a wind farm’. And what does that person know about operating a wind farm? Maybe not too much, but they have the courage to do it.”

This sense of courage and ambition led the AKP Government to unveil its grandiose Vision 2023 four years ago. The program set out a series of highly ambitious targets, among them that Turkey would become a top 10 global economy by 2023, with a GDP of $2 trillion, per capita income of $25,000 and annual exports of $500 billion.

“Even though these targets were ambitious, they were within reach when they were made public,” says Sedat Şükrü Ünlütürk, Vice President of the Turkish Industrialists and Businessmen Association (TÜSİAD).

Mr Ünlütürk points out that the 2023 goals were well thought out by all the relevant stakeholders and supported by the government through action plans, priorities and timelines. However, he believes more structural reforms will be required from the government that emerges from the November 1st elections if Turkey is to have a fighting chance of realising its centenary targets.

Of course, Turkey cannot achieve its ambitions in a vacuum. As Mr. Gelis indicates, the country has been affected by on-going turmoil in neighbouring countries and financial problems in some of its biggest trading partners, notably the European Union and Russia, which have weighed on Turkish exports.

“For me, Vision 2023 is a pathway and not a fixed target. Turkey is on the right path and that is what matters,” says M. Gelis.

Aside from problems in its traditional markets, Turkey must also navigate through the changing winds of the wider global economy. As pointed out by Erdal Bahçıvan, Chairman of the Istanbul Chamber of Industry and a member of the B20 Turkey Executive Committee, the abundant supply of cheap credit worldwide will soon dry up as soon the U.S. Federal Reserve raises interest rates. To offset the impact of this expected move, “It is important for Turkey to have a new vision that considers growth in terms of its quality, rather than just as a figure,” Mr. Bahçıvan says. “There will be a new world order in which quality growth will prevail.  The major axis of Turkey’s new growth model should focus on industry, high technology, value added production, value added investments, and exports.”

From an industrial point of view, Turkey has already started the process of transitioning towards high-tech, value-added production aimed at attaining its objectives. An evaluation by think tank TEPAV published earlier this year suggests that Turkey still lags behind most other G20 countries in terms of its share of high-tech exports.

However, programmes have been established to accelerate the transition. Kordsa Global is a prime example of how Turkish companies have benefitted from state-sponsored innovation incentives and export support in recent years. The company’s R&D centre was certified by the Ministry of Science, Industry and Technology in 2008, giving it access to various government support mechanisms, whilst it receives further project assistance from the Science and Technology Research Council of Turkey (TÜBİTAK). Mr. Alper estimates that its R&D expenditure has been reduced by 35% as a result. At the same time, Kordsa’s overseas marketing and branding activities can be subsidized up to 50%, thanks to its acceptance into the government-sponsored Turquality programme, which aims to establish global Turkish brands.

“This is not just a logo, but a message to the world. What we say is, “come here and discover Turkey’s potential in order to invest and collaborate with us”, because there are so many opportunities across our country,” says Mr. Büyükekşi. “We have a very dynamic, young, well-educated and well-trained population. If you wish to access the African, Middle Eastern and Central Asian markets, Turkey is the place to invest and set up a business. At the same time, we offer lots of opportunities for collaboration and joint ventures.”

From a Foreign Direct Investment (FDI) perspective, Turkey has continued to appeal to international investors. In 2014, the country was ranked 22nd in the global FDI league, rising four places from the previous year, according to UNCTAD data. Central Bank figures show that FDI in Turkey actually increased by 22% during the first seven months of 2015 compared to the same period in 2014, reaching $9.7 billion. In July alone, despite the fact that no Government had been formed following the election the previous month, $3.4 billion has was channelled into Turkey, the main recipient sector being financial services with over $2.1 billion.

Economy Minister Nihat Zeybekci says the country’s natural advantages mean that once the country establishes a clear political direction, it will be capable of attracting $25 billion annually in FDI over the next few years. That would double 2014’s total of $12.5 billion. In the Minister’s opinion, an increase in FDI is necessary to offset Turkey’s low savings ratio of circa 15% of GDP, compared to more than 50% in China. “We must attract the capital of countries with high savings ratios,” Mr. Zeybekci says.

The entity tasked with ensuring a constant flow of FDI, the Investment Support and Promotion Agency also remains upbeat. Its president, Arda Ermut, acknowledges that holding two general elections in quick succession might create the impression of on-going political turmoil amongst some foreign observers. However, he insists Turkey’s economic fundamentals are sound and the next government will build on the solid foundations that have been laid since 2002.