Côte d’Ivoire recognizes the potential of tourism as a major driver of growh. And with a wealth of natural and cultural attractions, the nation has the potential to become of Africa’s tourism hotspots, welcoming a targeted 1 million visitors a year by 2020 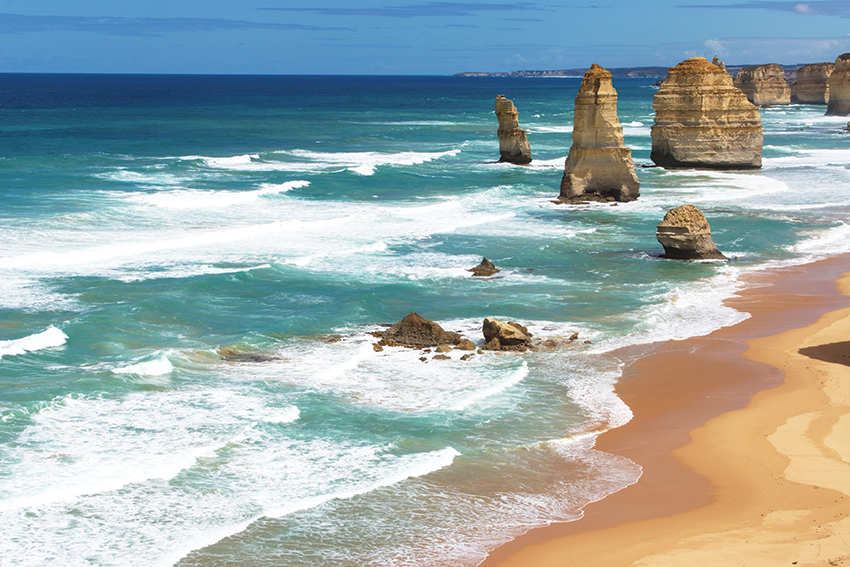 Tourism to Côte d’Ivoire is enjoying a comeback with growth figures that are rivaling those of cocoa production.

It’s not hard to imagine why, the breathtaking landscapes include miles of pristine beaches, thousands of acres of rain forest, and national parks filled with fascinating flora and wildlife.

Years of conflict and stagnation though have tarnished its appeal, but in recent years, the return of political stability has government leaders seeking to recapture its allure for tourists and natives alike.

“The objective is to go from around 300,000 tourists in 2012 to 1 million tourists in 2020,” says the former Minister of Tourism, Roger Kacou, who was replaced by Siandou Fofana in January following a cabinet reshuffle. “It’s an ambitious goal that requires substantial work, much of which is being done right now.”

“The objective is to go from around 300,000 tourists in 2012 to 1 million tourists in 2020. It’s an ambitious goal that requires substantial work, much of which is being done right now.”

Upon replacing Mr. Kacou at the Ministry of Tourism, Mr. Fofana said he wants tourism to be “the third economic pole, and make this a ministry of tourist infrastructure, rather than a ministry of industry.”
This is possible, he added, provided that the work is done “in a climate of trust, mutual respect and above all commitment.”

Mr. Kacou acknowledges the country’s troubled history and says its leaders are making security a top priority in its plan to reinvigorate the industry.

“We are just coming out of a period of political crisis,” the former minister explains. “The level of security has improved dramatically but it is not yet at zero. We must be sure to receive tourists in the best condition so they can enjoy everything we have to offer.”

Jean Marie Somet who began as a consultant and now leads the national office for tourism says it was clear to him that tourism had great untapped potential for the country and he has been working with leaders to develop the segment, achieving remarkable results in just a few years.

“We didn’t have any economic plans for tourism,” says Mr. Somet. “The country hadn’t evolved for 10 years. Hotel establishments had all but disappeared.”

Since his tenure began, figures for tourism have risen dramatically, the segment’s contribution to GDP has grown from less than 1% to 4.8% in just two years.

Mr. Somet credits government initiatives that include establishing a legal and regulatory framework for the industry and instaling a team of knowledgeable and dynamic professionals eager to resuscitate the industry. It started with changing people’s cultural attitudes toward tourism.  Tourism in the Côte d’Ivoire was not viewed through the same lens, in fact culturally, tourism was associated with leisure, not viewed as an industry that needed to be developed and nurtured as part of a job creation plan or a stimulus for economic growth.

“It was a difficult challenge,” he says. “But necessary to incorporate and work within accepted international norms to attract investment dollars. Investment from the World Bank has helped to build and renovate existing hotels.”
Tourism will help diversify the country’s economy away from natural resources. The government has steadily expanded its facilities to tourists. Resort lodgings have been popping up along the coastline and the capital city of Abidjan, boasts numerous hotels including international chains such as Novatel and Sofitel.

“Today Ivorians are starting to be conscious of the fact that [tourism] is the number one industry and employer in the world,” adds Mr. Somet. “They’re embracing it as an industry; we’re working to make them understand any investment in tourism is beneficial and will pay off within five to ten years.”

This tropical paradise is making significant strides in all areas of its economy. It is updating its infrastructure and modernizing its communications and transportation systems while maintaining its cultural identity.

The Tai National Park in the south of the country features one of the last and largest areas of pristine rainforest in West Africa. Its abundance of flora and fauna is home to five mammal species on the threatened species list, including the pygmy hippocampus, the olive coleus monkey, and the Jentink’s Duiker, leopards and chimpanzees also make the list. Tai Park was declared a World Heritage site in 1982.

Protected areas and game reserves of Côte d’Ivoire offer some of the most exciting glimpses of untamed nature through hiking and sightseeing opportunities.

One of the jewels of its tourism industry could be the beach resorts of Assinie and the Grand Bassam, popular weekend retreats for city dwellers in the capitol of Abidjan, which has its own window to nature through lagoons and fauna that wind their way around concrete and steel skyscrapers. “Today Ivorians are starting to be conscious of the fact that [tourism] is the number one industry and employer in the world. They’re embracing it as an industry; we’re working to make them understand any investment in tourism is beneficial and will pay off within five to ten years”

Social media photos show how easily Ivorians can slip from the hustle and bustle of its capital to neighboring Assinie and Grand Bassam where beach resorts make for idyllic weekend retreats.

It was also important data to focus on business travelers. The proximity of the beach to the city is a key selling point being marketed to businessmen to encourage travel within the country.

“Today, tourism is no longer something that we can ignore, we want to recognize the value that visitors can bring to Côte d’Ivoire, and we are able to accommodate them.”

Côte d’Ivoire has been learning from the African tourist successes of Morocco and South Africa says Mr. Somet.

“It’s about giving a prominent role to the national office for tourism,” he says. “We are in partnership with the tourism office of Morocco and we regularly share our experiences.”

Government officials are encouraged by the initiatives that are taking root and helping to drive traffic. Visitors to Abidjan airport have grown from 600,000 to 1.4 million since 2014.

That number is expected to grow as the country seeks to implement direct airline links to the United States. Mr. Somet says the country is developing attractions such as golf resorts, fishing expeditions and agricultural ventures to appeal to the American spirit for adventure and exploration.

He concedes that the country still has much work to do, but points to its boundless potential and offers a visionary plan to expand and capitalize on the growing interest in agritourism.

“We are the leading producer of cocoa beans in Africa,” he affirms. “We can become a cocoa destination just like Europe is a destination for great wine.”

He is calling for synergistic relationships with the country’s Ministry of Agriculture and the Council for Coffee and Cacao Production to help develop the Côte d’Ivoire as a destination for exploring cocoa vintages.

“I want Americans and other foreign visitors to come experience the harvest of cocoa just like people want to enjoy a good wine harvest. It would be a great experience and they can leave with a kilogram of coffee beans or chocolate that will help them savor the memory.”

While Côte d’Ivoire is well known for its production of cocoa, Mr. Somet says there’s an even more compelling reason to visit.  Americans will find an affinity to the diversity and tolerance that Ivorians take pride in.
“We are hospitable and generous people,” he said, noting that the country boasts over 60 ethnic groups. “And we have this warmth that makes you want to stay.”