Article - July 24, 2013
The telecommunications sector in Mexico, as we know it, is about to be overhauled. What is predicted to emerge in 2014 is a much more competitive sector with greater participation from smaller competitors and potentially foreign players 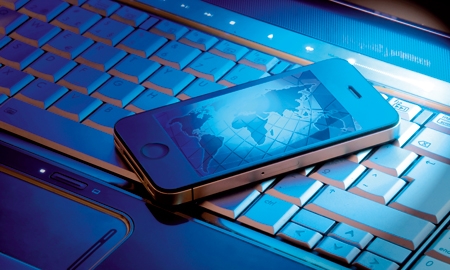 On June 10 this year, the Federal Government of Mexico signed into law the Telecommunications and Economic Competition Reform, after it was approved by majorities in both Congress and Senate and the majority of state congresses as required for constitutional amendments. This reform strengthens regulation of telecommunication and broadcasting sectors and encourages foreign investment in the market to boost competition.

This bill has its roots more than 20 years ago, in the early 90s, when Mexican authorities began the process of opening up the telecommunications sector to private investments. It was the largest industry in the country where private participation was permitted and it piqued, among others, the interest of a group of businessmen from Mexico’s industrial capital, Monterrey. They founded AXTEL in 1994, although operations did not begin until 1999. This five-year gap reveals the time it took for AXTEL to obtain the concessions and spectrum frequency needed to start operations.

“That was when I realised that it was not going to be easy and that the system was not in favour of robust competition,” states Tomás Milmo Santos, AXTEL’s founder and current Chairman and CEO.

Now AXTEL, with headquarters in Monterrey, is the second largest fixed-telecom company in Mexico, with approximately 10 per cent market share, offering voice services, internet, data and ITC solutions, and since January this year, pay television via its end-to-end fibre-optic network.

For AXTEL and the other competitors, the telecom reform is a long-overdue amendment, made possible thanks to coordinated efforts between the new Government and the major opposition political parties represented in Congress, who are keen to increase competition in Mexico by creating a more level playing field.

The law now states that no player may have more than a 50 per cent market share (América Móvil now controls around 70 per cent of the mobile market and 80 per cent of the fixed line segment). This reform is intended to improve the quality and cost of services for consumers by setting and enforcing new rules that promote competition and asymmetrically regulate those companies with significant participation.

The law also calls for the establishment of two new autonomous and constitutionally-ordained regulatory bodies – Ifetel (Federal Institute of Telecommunications) and the Federal Economic Competition Commission – to ensure the reforms are realised and act on behalf of the competition by applying asymmetric regulation on the dominant or preponderant players.

Moreover, to better attract foreign players, 100 per cent foreign ownership of telecommunications and satellite communications companies will be allowed.

Resulting from this reform, AXTEL is seeing a fairer sector with benefits to consumers through improved competitive conditions. In the last three years, AXTEL has invested the equivalent of 25 per cent of its income back into technology and network – that is 10 points above the global industry standard. Today, this Mexican company boasts the most advanced pay TV and fastest broadband service with up to 200 MB of fully symmetrical internet speed. The latter places Mexico’s AXTEL among the world’s internet elite of the US, Japan, Korea, Hong Kong and Sweden.

Looking on the bright side of the pre-reform era, Mr Milmo states that the uneven competitive conditions forced AXTEL to be more innovative and competitive. “We knew that simply offering the same services as the rest would not be enough. We needed to operate efficiently and develop and offer products that stood out for their innovation, and most importantly we had to offer the best customer service,” elaborates Mr Milmo.

AXTEL is currently investing US$160m-US$200m a year, with major and very attractive growth opportunities on its fibre optic deployment, data centre and information and telecommunications services.

In this new pro-competitive regulatory landscape, there are certainly opportunities for British telecommunications companies, like British Telecom, Vodafone or Virgin Media, which have a history of innovation and have a highly competitive edge.

In a country of some 115 million inhabitants, just 9.8 million homes have computers and of these, only 7.9 million are connected to the internet. It’s estimated that an annual investment of around US$4 billion is needed just in the internet connectivity segment.

“If you are looking for a major country, part of the largest trade region in the world, with a solid and growing domestic market, open to local and foreign private investment, with low risk from a financial, fiscal and macroeconomic standpoint, and with a new pro-competitive regulatory framework, Mexico is the place to invest in,” says Mr Milmo.