The Jordanian capital of Amman is teeming with hi-tech startups, but funding can sometimes be as scarce as water. The king, Oasis 500 and U.S. organizations such as Plug and Play and USAID are trying to change that. 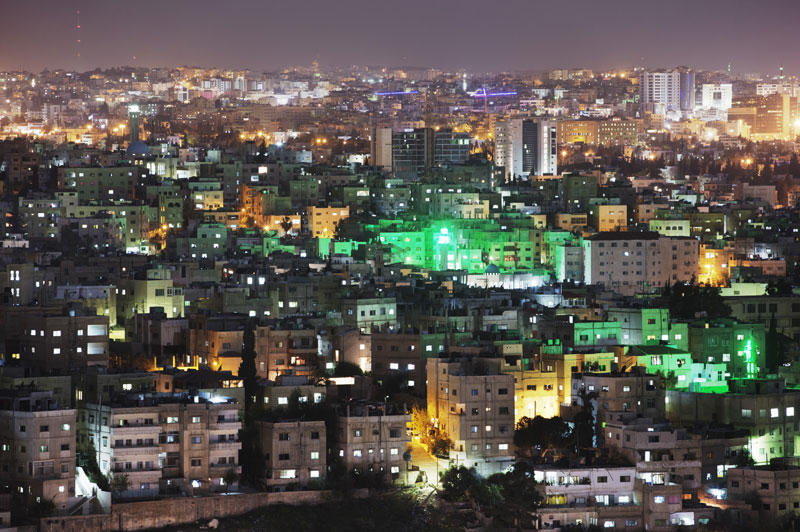 Social media was a key driving force behind the Arab Spring protests that rocked the region in 2011. While the increasing use of the web and online social platforms gave young Arabs the opportunity to come together to form a collective voice, it also poses lucrative opportunities for the big global and regional players in the ICT world, and for hi-tech startups and the angel investors and venture capitalists willing to invest in them.

The Middle East and North Africa (MENA), a market of 350 million (more than 70% of whom are 30 or under), has become a very important region for global tech growth. Out of the 350 million Arab speakers in MENA, 141 million of them are now internet users. Smartphone penetration in Saudi Arabia and the U.A.E. is more than 60%, higher than in the U.K, the U.S., Germany and France. Time spent on social media in the U.A.E. and Saudi Arabia is also higher than in the other four aforementioned countries. Saudi Arabia has the highest number of active Twitter users in the world. The Gulf state is also a massive consumer of online video: 40% of the Saudi population are daily users of YouTube (compared with 15% in the UK), and on average Saudi citizens watch three times as many online videos a day as Americans.

But the regional hub for tech startups is neither in the U.A.E. nor Saudi Arabia—it is the Jordanian capital of Amman. Dubbed ‘Silicon Wadi’, Amman is home to more than 600 tech companies, some 300 of which are startups. The city ranks as the 10th best destination in the world to start an IT company and was the regional number one for tech deals funded during the 2011-2012 period. Amman is also the leading location for Arabic content creation on the web: around three quarters of all Arabic internet content is created in the city.

Thousands of young techies from around the MENA region have been attracted to free and peaceful Jordan. Non-Jordanians make up twenty percent of entrepreneurs at Oasis 500, an Amman-based organization which is the number one startup accelerator in the Middle East.

Indeed Amman has been the focal point of Jordan’s technology boom. Since 2001, the kingdom’s tech exports have increased eightfold. The ICT sector now employs 84,000 people (30% of whom are women) and contributes 12% to GDP—making it the kingdom’s fastest growing industry.

Jordan is home to some of the leading internet firms in the Arab world, including e-commerce platforms Souq.com and MarkaVIP, and web portal Maktoob, which was sold to Yahoo for $175m in 2009 (the same year which the growth of Amman startups really began to take off). The Maktoob success story is an inspiring and motivational one for Amman’s ambitious entrepreneurs that hope to make it big—and perhaps make a couple of hundred million dollars while they are at it.

But for the handful of startups that do make it big, there are many more that never see the light of day. The main problem is lack of knowhow on getting a business off the ground and a lack of investment. There are plenty of investment dollars flying around Amman, in safer sectors like real estate and manufacturing, but what the tech startups need are the Silicon Valley-type venture capitalists and angel investors willing to put a bet on them despite the risks.

There are some organizations that are nurturing startups in Amman. Oasis 500 is one such organization that is providing business mentoring, entrepreneurship training, business incubation and, where applicable, investment and funding. The company’s goal is to create 500 startups every five years—hence the name.

Organizations from the United States are also fostering Amman’s promising startups:  in 2013, USAID established the Jordan Competiveness Program (JCP), a $45 million scheme which aims to attract $700m in foreign direct investment and to create 40,000 jobs over five years. USAID is also promoting innovation and preparing Jordanian firms for the global marketplace through the JCP. Also in 2013, Plug and Play Tech Center, a Silicon Valley-based incubator, along with Umniah, a Jordanian telecoms company, launched a programme that brings a number of Jordanian startups to Plug and Play's headquarters in Sunnyvale, California on a regular basis.

Amman hopes to garner much more support from Silicon Valley, and leading the cause is the Jordanian king—himself an ardent fan of digital technology and video games who has made the growth of ICT one of his main priorities. Earlier this year King Abdullah visited Silicon Valley where he met with a number of investors from the US Angel Investment Group. Discussions covered economic cooperation and the possibility of investing in emerging Jordanian ICT startup companies. During the event, Mitch Kapor, a Silicon Valley investor, told the Jordan news agency Petra that there were huge investment opportunities in Jordan’s ICT startups and that a number of the valley’s companies are interested in navigating the Jordanian market.

During his trip to California, King Abdullah also informed potential investors about Jordan’s tech-savvy population: “They are young, aspiring, and globally aware. They are active users of the Internet, social media and new technology. They know regional demand for content, apps and platforms; indeed, they are helping to drive that demand. You will find Jordan’s tech scene remarkably familiar: creative, passionate, and excited about the future. Visit and join in.”