The Saudi Arabian telecoms market was worth $16.2 billion as of 2014 and not only is it the largest in the MENA region, but the kingdom also has the highest social media penetration in the world and experienced 43 per cent growth in e-commerce between 2013 and 2014 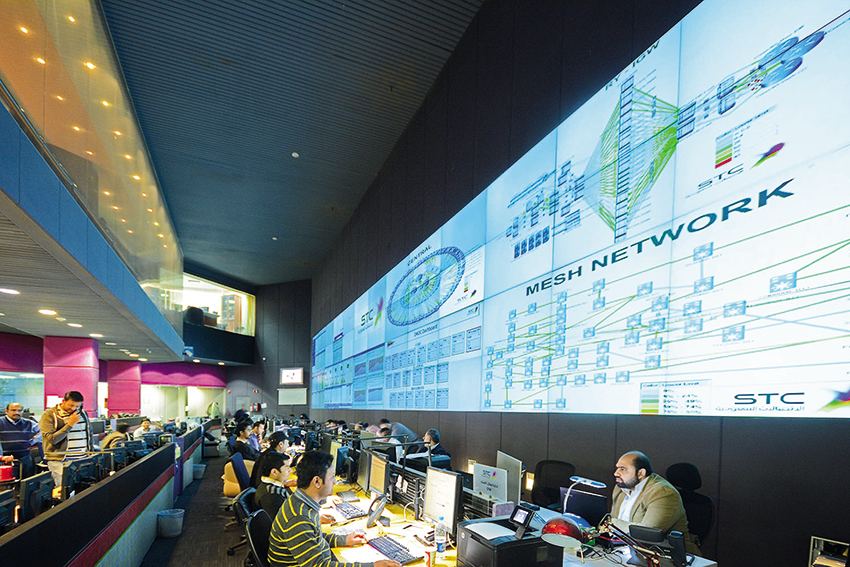 In addition to banking and petrochemicals, telecommunications is considered among the most interesting sectors for international investment in Saudi Arabia.

As of the end of 2013, there were 51 million mobile telecommunications subscribers; a number which is largely due to the rapidly expanding local economy and growing disposable income for young people in the kingdom who are increasingly spending on goods and services related to mobile communications.

Between 2013 and 2014, e-commerce grew by 43 per cent, and over the next five years, the annual growth of the Saudi telecoms market will average 3 per cent per year, reaching $18.7 billion (£12.2 billion) by 2019, according to numbers from Pyramid Research.

Valued at $16.2 billion as of 2014, the Saudi Arabian telecoms market is currently the largest in the Middle East and North Africa (MENA) region, due largely to the fact that social mores make it difficult for people to interact in a conventional way.

Oddly enough, this has had the curious side effect of turning Saudi Arabia into a place with the highest penetration of social media in the world.

Dominated by three players, the telecoms industry offers a unique competitive landscape with abundant opportunities, especially with regards to data, which has quickly become the key strategic focus of the main players.

“Saudi Arabia is among the top three countries in the world for data connectivity per person,” explains Hassan Kabbani, CEO of Zain, one of the country’s big-three telecoms companies.

“We are in a country where people have huge appetite for data and the internet is a main Saudi window to the rest of the world – users access information, entertainment, movies, games, trading, you name it,” he says.

Though Zain entered the market later than its competitors, this actually provided it with a competitive edge, according to Mr Kabbani, in the sense that it was able to enter with the latest telecommunications technology.

This technology did not come easily – the company paid $6.1 billion for an operating licence which has held it back from offering real value to investors, though Mr Kabbani is confident that the company’s costly licence will pay back generous dividends.

“Other companies care about their customers and consider that the customer is the source and the reason for their existence. We belong in this third category, and we are investing heavily in order to make the Zain customers satisfied, to know more about what they want.”

It would seem that such attention to consumers is paying off for Zain, as the latecomer company already has 10 million customers, who were drawn to its solid network and attractive service.

Though it is sandwiched between two large dominant players, according to Mr Kabbani it has devised a growth strategy that plays nicely to its strengths. In a market of big, industrial players, he compares Zain to a boutique hotel – a hôtel de charme, where the customer is treated differently than at other hotels. “We want the customer to talk about us, and this is what’s happening,” he states.

Essential to the future growth of the company is a three-pillar plan, which Mr Kabbani defines as operational, regulatory and related to capital structure.

From an operational perspective, he explains that Zain needs to improve the customer experience at all levels, by investing in shops and in customer service.

In terms of regulation, as a latecomer to the market it also needs to negotiate favourable terms for the very expensive licence it purchased; and as far as capital structure goes, it should focus on more streamlined communication with shareholders.

Despite recent hiccups, Mr Kabbani has faith that there is a type of investor who does not require solid performance and an institutional approach, but instead looks for opportunities.

It is the type of investor who will see risk but also the opportunity behind it – and who will be willing to invest in a company that has potential. That, according to Mr Kabbani, is the ideal investor for Zain.

As far as more industrial players go, the Saudi Telecom Company (STC) is the kingdom’s market leader and oldest provider. Its growth strategies differ widely from those of Zain and are more focused on growth in the domestic market and on providing advanced services to the enterprise sector.

For instance, according to the company’s CEO Dr Khaled H. Biyari, in addition to traditional telecom services, STC offer a number of managed services, cloud and data centre services, and machine-to-traditional telco services, as well as ICT solutions to various verticals.

In parallel, the company is also putting a greater focus on fibre-optic services and tapping into the different international submarine cables that it co-owns, in order to offer other operators and internet players a suite of advanced products.

Both globally and domestically, STC has a reputation for being a pioneer in terms of adopting advanced technologies in the fixed and wireless arenas.

From an investment perspective, the company presents promising opportunity backed by a record of solid historical performance. It had the highest telecom brand value in the Middle East in 2014, which has increased by 14 per cent, to reach $5.7 billion.

It is also the only Saudi brand that is classified among the top 500 brands in the world by Brand Finance.

The company welcomes foreign investment and has had an investment relations team in place since 2008, which is largely responsible for creating communications channels with the financial community, including both regional and international analysts and fund managers.

According to Mr Biyari, “STC presents an attractive opportunity for international investors, given its proven historical performance, improved margins and EBITA, and its generous dividends yields of 6 per cent.”

Adding to STC’s potential as a solid investment is the opening of the Saudi Stock Exchange to international investors. It is already predicted that the telecoms sector will be among the most popular for foreign investors, and Dr Biyari sees this occasion as an excellent opportunity to improve corporate governance, enhance transparency and provide increased exposure to the financial community within the regulatory framework of the country.

As a more established company, STC is also more actively involved in CSR and philanthropic projects, including initiatives that contribute to the development of local human capital.

With a firm desire to become the ICT leader, Dr Biyari is setting his company on a solid path to future growth with a select set of goals.

“We will continue opening new horizons, serving our community and earning customer trust by providing innovative solutions. We are willing to go the extra mile for our customers.”

However, in the realm of ICT, it faces competition from Saudi Arabia’s third major telecoms player, Mobily.

Having just recovered from a major corporate scandal that rocked its profits and brand image, Mobily is slowly recovering and looking for opportunities in the burgeoning ICT market, backed by government spending on projects that are increasing demand for high quality ICT services.

Despite these new opportunities, estimates from Al Rajhi Capital indicate that top-line growth will continue to remain moderate, as the contribution from ICT is still modest.

Furthermore, ICT is a relatively lower margin business and requires a high capex, though by 2017, Mobily expects that the business segment will contribute to roughly 20 per cent of its top-line, with an annual 7 per cent growth.

In other words, the total market size would be more than 1.5 times the current annual revenue for Mobily.

Until ICT picks up, fixed data usage will be the main driver of growth, though the changing environment of the telecom industry has made it more challenging for the sector as a whole to sustain growth.

According to market intelligence from Aljazira Capital, STC’s main challenges come in the form of needing more innovative ideas and getting a better handle on capex plans.

Mobily, on the other hand, would be well served by considering a new segment of clients, revising its dividend policy – which is currently too high to be sustainable – and reviewing its operations.

Finally, Zain could benefit from a new niche business model that would allow it to better balance its high debt and licensing fees, small customer base, and depleting capital base.

Across the board, network infrastructure is a matter of extreme importance, which Zain is constructively approaching by developing strategic partnerships with companies such as Huawei, Nokia, and Cisco, so as to better provide the types of platforms that will best serve the burgeoning needs of its customers.

“It is not a case where the big fish is eating the smaller fish – we are more about living together in a world where value can be created, we can join efforts, and have a win-win situation,” affirms Zain’s CEO, Mr Kabbani.