Article - December 16, 2013
The Government is prioritising the mining sector to become its top foreign exchange earner, with lucrative gold investment and exports expected to spearhead GDP growth in the future 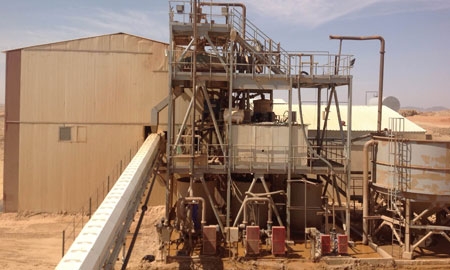 Even though informal gold mining has long been an important element in the composition of the Sudanese economy, it is only since the secession of South Sudan in 2011 and the subsequent loss of oil that the Government has really begun to increase its focus on expanding the sector.
Covering such a big surface area which contains incredibly diversified geology and merges across the boundaries between seven countries, Sudan has always been known as having huge mineral potential, especially so in gold. However, until just recently – excluding the initial venture of the French/Sudanese company Aryab in the early 1990s – no serious attempts had ever been made at exploration and production.
This all began to change when in 2010, in foresight of the South’s then pending separation and the increasing realisation for the need to diversify the country’s income streams, the Government finally set up a designated department to manage Sudan’s mining resources.
“The establishment of the Ministry of Minerals in 2010 marked a new era for the mining industry in Sudan,” explains the head of the ministry.
“The mining sector’s contribution to GDP has increased to more than 8 per cent, over 1 million jobs have been created, and it has helped to accelerate rural development because the gold reserves are located in remote areas.”
It was indeed thanks to the ministry’s formation, along with the full and proper implementation of the Mineral Wealth and Mining Development Act that ultimately gave the sector the management and direction that it had long awaited. With this, the Ministry soon instigated and promoted a range of incentives to both local and foreign investors wishing to get involved with Sudan’s potentially money-spinning mining industry.
One such company (out of the 100+ that have now obtained exploration licenses) is Taner Yilmaz’ Turkish owned TAHE International Metal Mining Inc who signed a concession agreement with the Government in 2010 (one of the best ever signed in Sudan), and have since heavily contributed to the development of the sector, the economy and provided vital transfer of expertise.
“We are happy to invest here, it is a great time to be here in Sudan and we have a great collaboration,” says Mr Yilmaz, whose company will soon open on the London Stock Exchange.
Meanwhile, following the increasing presence of international mining companies such as TAHE in the country, last year Sudan opened its first gold refinery with the aim of increasing the quality and trade-capacity of domestically mined gold. Today having been in operation for 12 months, should the refinery remain on track to meet top standards for a further two years, it will attract gold from other neighbouring countries to be refined in Sudan, giving the economy an additional and important boost.
Such efforts from Government over the last few years to boost gold production and exports in particularly are certainly proving effective. Earning the country around $2 billion last year, 2012’s gold output stood at 41 tonnes, making it one of the country’s major export commodities and Sudan itself the third biggest producer on the continent behind South Africa and Ghana. With even greater foreign investment expected from major mineral companies thanks to the ongoing Government promotion of the sector, some estimates predict a spike in Sudan’s gold exports over the next five years, with the aim of becoming Africa’s second largest producer in the next decade.
Furthermore, huge areas of the country have been designated for mineral exploration, including areas north of the capital Khartoum, and near the border with South Sudan, with rich deposits anticipated in most of it.
“We consider 2014 as the year of gold and scientific research in the mineral sector and we are planning to update our geological map of the Sudan to provide detailed information to investors in gold production,” explains the Minister of Minerals.
“The Ministry is also planning to amend the [mining development] law so as to accommodate new developments in this strategic sector and encourage more investments in the fields of transfer of technology scientific research and institutional capacity building.”
Aside to other recent actions put in motion for a national plan for environmental preservation as well as the establishment of a police unit to secure the operations of mining companies from smugglers, safety measures to avoid the exposure of miners to poisonous mercury are also being put in place. Under the national strategy to eventually get rid of mercury in the mining process, the Government is introducing mercury-free machines for use by artisan miners.
Meanwhile, apart from making the mining industry a safer place to be, the Government is now looking at mineral diversification in the industry.
“Our future plan is to focus on the diversification of mineral production that includes other minerals like iron-ore, copper and precious stones,” says the Minister of Minerals.
“[With] huge reserves of more than 41 different minerals in different parts of the Sudan, I would like to invite serious investors to come and explore possibilities of investment in our other minerals, as well as the services related to the sector.”