Article - October 24, 2013
IFA H&R is headed by a young visionary always seeking to invest in the next big thing 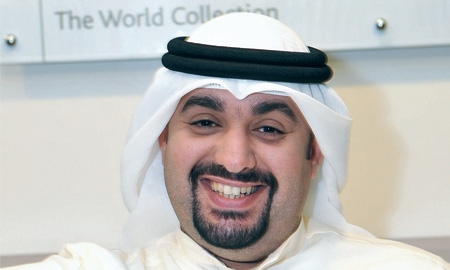 Kuwaiti companies, known the world over for being dynamic, forward-thinking and innovative, are seeing how their impeccable reputations continue to grow. IFA Hotel and Resorts (IFA H&R) is a perfect example of this dynamism that originates from the mouth of the Gulf.
A subsidiary of International Finance Advisors, a Kuwaiti consortium created in 1995, IFA H&R is a global leader in its field, with a presence in countries spread over three continents, including the UK. It is headed up by Talal Al-Bahar, a man that possesses a unique vision, a passion to make a difference, a commitment to form strategic global alliances and partnerships, and an insatiable drive to invest in innovation.
Steve Jobs said innovation is the difference between a leader and a follower, and IFA H&R always looks to invest in leaders. Its YOTEL brand of hotels has been hailed as the iPod of the hotel industry. The ground-breaking concept, inspired by Japanese capsule hotels, is the brainchild of two British innovators: Gerard Greene and Simon Woodroffe OBE, founders of YO! Sushi.
Talal Al-Bahar saw how this innovative idea could change the face of the luxury and budget hotel industry simultaneously.
“The founders presented us with their idea, and we looked into it. It is a game-changer; it is not like any other hotel, so we invested in it. We kept investing and it worked. It is about changing the concept of a typical hotel, and having an affordable luxury concept,” says Mr Al-Bahar.
YOTEL began with two hotel airports at Gatwick and Heathrow, before expanding to Schiphol Airport in Amsterdam. Two years ago, it opened its first city centre hotel in Times Square with 669 rooms at a cost of $350 million.
“It opened during the financial crisis and has performed amazingly well. We are building on that,” adds the young boss of IFA H&R.

Recently, CEO Gerard Greene spoke about YOTEL’s latest expansion plans, which include possible developments in Boston, Chicago, San Francisco, Atlanta in the US, and Hong Kong, Seoul, Japan, Taiwan, Manila and Bangkok in Asia. A 600-room hotel in Singapore will open 2016.
Apart from its YOTEL chain, IFA H&R also is investing in timeshare companies, freeholds and other luxury and affordable hotels. It is launching two new projects in Dubai and has another in the pipeline in Lebanon. It continues to evaluate emerging markets for strategic acquisitions and partnerships that diversify and expand its existing portfolio in the Middle East, Europe, Africa, the Indian Ocean, Asia and North America.
“We are pushing very hard to expand our hotel brand global and also establishing a new dedicated company in the timeshare field, with a vacation ownership program, which could be expanded. We are continuing to develop our platforms. These are our priorities for the next couple of years,” says Mr Al-Bahar.
It was his late father who established the company. He set the vision and gave his son responsibility from a very early age. Learning from his father and taking responsibility from such a young age has made him prolific businessman and investment expert that he is today. Not long after taking over the company in 2006, IFA H&R went through a “rough patch” as a result of the financial crisis.
However, he successfully managed to steer the company out of trouble towards a return to growth. This, he says, is one of his proudest achievements. Yet this insatiable businessman believes he has so much more to achieve.
“I am proud of how we stuck together as a team, and passed the tough financial crisis. We have got a lot of work ahead of us – it is just the start. We are still not satisfied.”