Kuwait, investing in the pillars of sustainable development 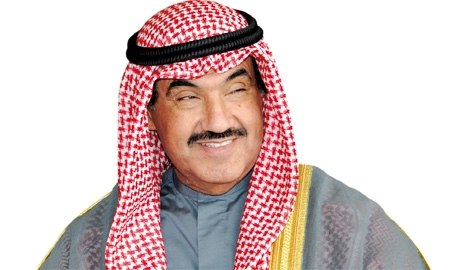 Though one of the world’s wealthiest countries, Kuwait was surpassed by many of its neighbors in socioeconomic and industrial development as a result of the 1990 Iraqi invasion and an overly-comfortable reliance on oil.

In 2010, the Kuwaiti government launched a landmark five-year Development Plan (KDP) to fast-track development with an estimated $104 billion in investment and a set of clearly defined (and ambitious) objectives and priorities. Among these are greater diversification of the economy, an invitation to the private sector to take on a larger role for the transfer of knowledge and technologies, and the construction and upgrading of transportation and social infrastructure. The end purpose is to transform Kuwait into a commercial and financial center for the region and beyond, following the long term Vision of H.H. the Emir Sheikh Sabah Al-Ahmad Al-Sabah.

“The government has prepared all the necessary requirements for this plan, including follow-up and rectification indications to ensure proper implementation and activate supervision,” observes Prime Minister H.H. Sheikh Nasser Al-Mohammed Al-Ahmed Al-Jaber Al-Sabah.

He adds that the KDP “requires opening up to the world from East to West, attracting foreign investment, learning from the experiences of different countries, exchanging expertise especially in the fields of technical and technological development. Civilizations are a result of the convergence of notions and experiences. Countries cannot live in isolation from the rest of the world and the development and progress it is experiencing.”

Kuwait’s multi-billion dollar hydrocarbon sector will also see a fair share of investment. Home to 10% of the world’s proven crude oil reserves, Kuwait’s economy has been propelled for more than 70 years by oil and despite diversification goals, this “black gold” will continue to catalyze  growth for years to come. As a result, $90 billion will go toward raising production capacity, modernizing existing facilities and building new ones, all in an attempt to re-launch much of the country’s stalled upstream and downstream oil and gas projects.
Aiming to boost the non-oil sector, the KDP lends its support to the growth of industries for a sustained economic base. Recognizing industry’s role in value addition and improving the country’s commercial balance, the government has begun allotting more land for industrial cities, and facilitated the entry of foreign companies to share their knowledge. “The most important aspect is the development of Kuwaitis’ know-how as we convert the country into an industrialized nation,” says Tareq Al-Wazzan, managing director and CEO of AREF Energy, a successful energy investment company.

Beyond the bricks and mortar of the KDP, however, lies the importance of developing Kuwait’s human capital stock, and spurring an entrepreneurial zest in its younger generations, as sustainable growth begins with an investment in the people. “Long term development doesn’t come only with infrastructure, construction, concrete work, electricity and the like. It comes with human development, training Kuwaitis, enhancing human capacities, systems, and integrity of the systems,” explains Dr. Hussain Al-Sayegh, chairman and managing director of Aknan Global, a leading Kuwaiti real estate firm.

Kuwait has a strong welfare system in place, and ranks number one in the Arab world on the Human Development Index (HDI). Nevertheless, Kuwait’s healthcare and education systems are outperformed by those in other countries in the region, a statistic that Kuwait is determined to turn around with the help of the private sector and foreign expertise.

“Education and health are two important pillars that would help push the development plan of any country,” comments Dr. Mansour Alorf, director of Alorf Hospital. Emphasizing the importance of good schools, Noura Al-Ghanim, owner and director of Universal American School (UAS), says, “Education is the foundation for development in any nation. You have to start with a proper form of education at a young age to build the nation’s leaders of the future.”

Hand in hand with the country’s vast oil wealth, the KDP should set Kuwait on the right path to a more sustainable economic future.