Half a century catalyzing the growth of countries in need

Article - September 28, 2011
As far back as the 19th century when the country was known as a thriving commercial hub, Kuwaitis have been an outward looking people, learning languages for trade and collaborating with other countries for security and commerce. 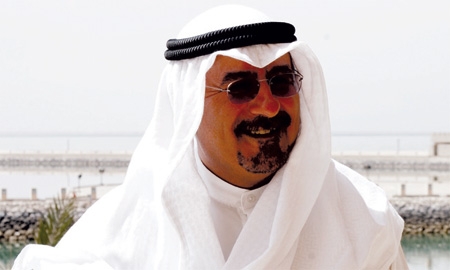 This worldly view was behind the creation of the Gulf Cooperation Council (GCC) in 1981. “The GCC is not just a security pact, but also a cultural and economic pact because we share the same culture, and we have the same economic concerns as resource-based economies,” says Sheikh Dr. Mohammad Sabah Al-Sabah, Kuwait’s Deputy Prime Minister and Minister of Foreign Affairs.

Even before the establishment of the GCC, Kuwait was looking beyond its borders, yet not so much with a watchful eye as with a benevolent one. Just four months after declaring its independence in 1961 and several months before drafting a constitution, Kuwait established the Kuwait Fund for Arab Economic Development (KFAED). This was not Kuwait’s first institution of this kind.

“The concept of aid was not new in 1961. It formed part of Kuwait’s goodwill way before that,” explains Adbulwahab Al-Bader, director general of KFAED. “In the 1950s, when Kuwait was not yet independent, there was an institution for social assistance which provided grants in the Arab peninsula. It used to be called the Authority for the South, and it provided our [neighboring countries] with grants for building hospitals and schools. The Kuwait Fund was then established to assist in economic development, including infrastructure projects.”

The second fund of its kind ever created (after the World Bank) and the first one established by a developing nation, Kuwait’s contribution to the world’s poorest countries amounts to 1.4% of Kuwait’s GDP. This is double the target the United Nations sets for Official Development Assistance to developing countries, impressive given Kuwait is still a developing nation itself. Since 1961, KFAED has provided loans totalling $16.3 billion for a variety of projects including infrastructure, transport and energy.

“We have more than 100 clients around the world, and if you look at the World Bank’s list of countries ranked by GDP per capita, the bottom 50 are our customers,” explains Sheikh Dr. Mohammed.

“I think that providing assistance to countries is an investment in relationships with others. You shouldn’t look at this from a return of investment point of view. This institution has used its own resources to assist other countries, and we’ve used our liquid assets in the international markets to earn money to help us reinvest in our main lending operation, which sustains our development cooperation with our partners in the developing world,” says Al-Bader.

“Kuwait is not just about oil resources; it is much more than that. We want to live in a peaceful world that is free of hunger, poverty and disorder, so we as a development institution try our best to help.”