Article - December 2, 2013
The Mexican government is planning a range of strategies to encourage industry and technological innovation, including inspiring start-ups and addressing monopolies 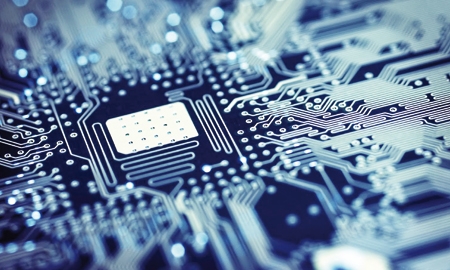 With a global boom in technological initiatives such as start-ups, Mexico wants to embrace technology as a way of promoting education.
While statistics show that of 26.6 million children at primary school age, only 18.5 million enroll in primary school education, and only 2.3 million students then go on to enroll in post-secondary school education, the government is trying to combat this in various ways. Principally, it is paying an estimated US$1 billion per year to mothers in 2.1 million families to send their children to school.
Located cheek by jowl with the U.S., Mexico is incentivizing outside investors to locate their businesses in the northern regions. Currently, certain legislation in place makes setting up a small business in Mexico fairly difficult, and the government is working towards cutting down on red tape and making it easier for start-ups. They believe this would provide many jobs within the area, and increase Mexico’s status as a destination for top innovators, as, indeed, some of the world’s most interesting companies of recent years have started as small technology businesses.
Senator Dr. Raúl Cervantes Andrade states, “Mexico is meeting with experts from highly specialized fields, handling technical areas with a link to growth. This is bringing in significant in-roads for the north of the country, which has the triple advantages of it being fairly cheap to set up, very close to the U.S., and having a lot of available talent.”
Meanwhile, Dr. Gloria Grandolini, Country Director for Mexico and Colombia at the World Bank, says that “the approach we see to education, particularly in countries like Mexico, is linked to the job market. The areas we see that we can support more are in how to develop an educational system that not only deals with traditional topics, but that also tailors education to the labor market.”
By attracting external start-ups, entrepreneurs and investors to bring new technology companies to Mexico, the government will encourage innovation in general in Mexico, but will also aim to inspire generations of school age children, as well as those in other stages of their careers.
Start-up initiatives in Mexico include “Mexico City Start-up Weekend” and “500 Mexico City”, the latter of which incorporates seed investment of US$25-$100K for companies who make learning about technology innovation accessible to those who previously would not have had a route in.
Innovative teaching methods are also filtering into the system. Recently, a young female student from a small village in Tamaulipas competed in a National Mental Math Calculations Championship. Though she didn’t come out the winner, she had already made headlines last year for acing the national standardized exam.
Her success threw the spotlight on a radical new teaching method introduced by her schoolteacher, who encourages students to use creativity and innovation in their classes. His groundbreaking methods have turned math and Spanish scores in one of Mexico’s poorest and most dangerous areas into some of the country’s highest.
With a large percentage of its technology imported, Mexico has strong financial incentives to decrease its dependence on foreign technology innovators and nurture the innovation and production of technology within the country.
Mexico also aims to reduce the monopoly within certain sectors such as telecommunications, and to encourage competition within this sector.
While encouraging technology to settle in Mexico may bring economic advantages, it remains to be seen how this will demonstrably affect science and education at school level. However, with the increasing availability of the Internet and interactive learning, the government is hopeful that these effects will filter down and have a positive impact in both school and after school age groups.