Spurring growth in the telecoms market

Article - September 28, 2011
Who can offer new, exciting and innovative services in this competitive market? 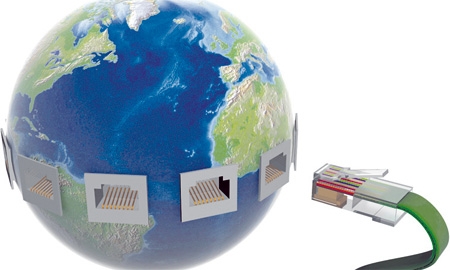 Kuwait’s regional leadership and pioneering spirit also extends to the telecom sector. It was the first Gulf market to open itself to competition in the mobile services sector when, in 1999, the monopoly held by Zain (formerly MTC) was ended with the issue of another license by Parliament that led to the establishment of Wataniya Telecoms. A third operator, Kuwait Telecom Company (VIVA) broke this duopoly by entering the market in 2008, resulting in greater competition, driving prices down and service quality up.

“With the entrance of the third telecom operator, VIVA, competition has definitely become even fiercer,” says Scott Gegenheimer, CEO of Wataniya.

“Our call charges and post-paid subscriptions aren’t expensive. Kuwait is the second cheapest based on GDP among the Gulf countries,” comments Khalid Al-Omar, CEO of Zain Kuwait. “There’s a tug-of-war to get the subscribers among us all.”

With the first two operators firmly established, VIVA had to work twice as hard to make headway in capturing market share, which it did with aggressively innovative offers.

“The successful number booking campaign permitting customers to choose their own mobile number, initial free on-net calls for three months and the market identification of VIVA as the enabler of free incoming calls, have established VIVA as a successful market competitor from the very beginning,” explains Salman Albadran, CEO of VIVA Kuwait. “VIVA’s customer-centric plans continue to sustain it as a successful competitor.”

In less than three years since operations commenced, VIVA claims to hold an impressive 18.6% market share in this sector where cellular phone penetration has already surpassed 125%.

VIVA is backed by Saudi Telecommunications Co. (STC) and represents one of its largest subsidiaries. Such is the success of STC’s VIVA as a pilot project that the Saudi company was motivated to introduce the same model last year in Bahrain.

For Albadran 2011 and 2012 are critical years during which all the operators must plan and build up the base for this new decade. “Mobile broadband (MBB) technique, services and applications will play the critical role in shaping the future of the operators. No operator can af-ford to miss this opportunity but the methodology of meeting the MBB targets could differ from operator to operator,” he says.

The Ministry of Communications, however, continues acting as regulator for lack of an independent regulatory authority. This is something which all three companies would like to see established soon, since the ministry is the sole provider of fixed line services, and as such, controls the international gateway, resulting in the highest international calling tariffs in the region.