Article - January 25, 2012
Refigeration Industries Company (RIC) is a diversified manufacturing, contracting and services business, offering a wide range of products and services in the areas of climate technologies and storage solutions 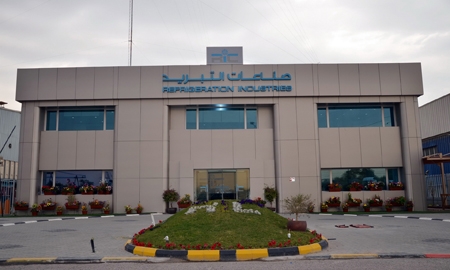 Kuwait, a country composed primarily of deserts, was for decades reliant on imports of fruit and vegetables from neighboring countries. These fresh goods would perish in a matter of hours in warehouses, leading to a shortage of produce and a huge waste of resources. A step had to be taken to counter this…

Refrigeration Industries Company (RIC) is a group holding company catering to both residential and commercial customers. In its 36 year history it has developed a strong foothold in the Kuwaiti market. The company is proud of its  achievements in protecting the people of Kuwait from bad weather… Hot, dusty or humid, RIC and its products and services have been there for Kuwait’s people and will continue to be so.

RIC has even been honored to be included on Kuwaiti currency, a true sign of the company’s positive effect on the regional economy.

Speed
Rapid, resolute decision making and the ability to react quickly to changes in the market are amongst RIC’s core strengths.

Self-renewal
At RIC, ongoing self-renewal is a core business principle. This concept is applied to all operations, from the elevated top-down view to the manner in which everyday decisions are made within the business. In applying this principle, RIC adheres to the logical product and business life cycles, thereby laying the foundations for sustainable, profitable growth.

Simplification
Simplification has driven RIC’s cost base down helped to significantly boost profit margins.
RIC Management have simplified many aspects of the company and have worked continually on developing a closer, more innovative relationship with suppliers.

Pragmatic
RIC is a practical and efficient company, ensuring that everything is done according to best business practise from inception to completion.

Progressive
Moving forward and onward with a clear vision and determination for continuous improvement in the way business is conducted in the region.

Persistent
RIC produce pioneering solutions to meet the requirements of our customers and are persistent in seeking market-leading, innovative results.