With a focus on structural reforms, increased revenue and regional competitiveness, Bangladesh’s 10-year GDP growth average of 6% is set to increase to 6.4% in 2015 – an enviable situation in a time of global uncertainty 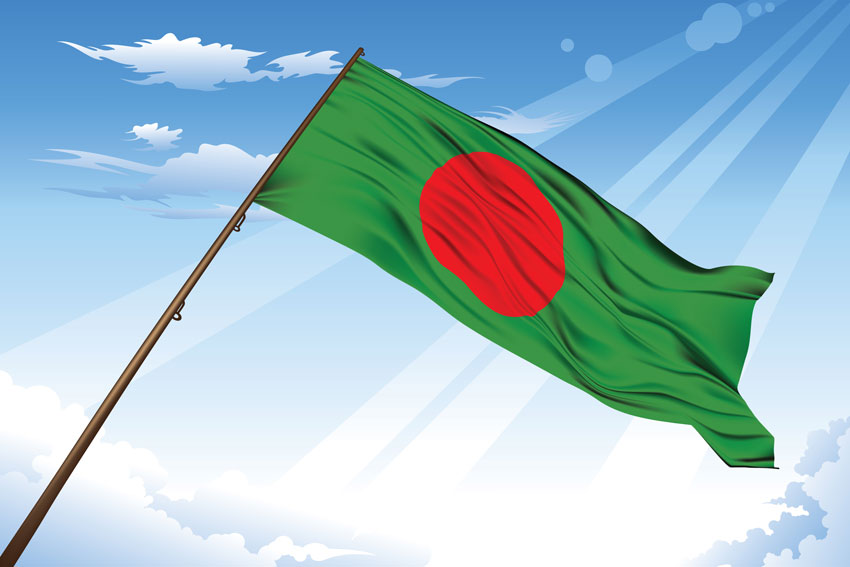 Bangladesh is em-erging as one of Asia’s most buoyant countries and the focus is now on establishing itself as a middle-income economy by 2021, with foreign investment a key element of the growth plan.

The country’s government, led by Prime Minister Sheikh Hasina, made history in 2013 when her party was reelected – a first for the South Asian country – and there is now a renewed emphasis on ensuring that a slew of economic initiatives are brought to fruition.

This element of continuity is key for Abul Maal Abdul Muhith, Bangladesh’s Minister of Finance, who says that the election triumph is enabling the prime minister’s wider economic plans to be implemented more fully.

“I have so many things I started in the last term,” he explains. “We had a very big and really detailed agenda, so it was quite clear at that time that one could not fully execute the agenda. So this has given us an opportunity to continue to execute the agenda, and add to it.”

At the heart of this agenda is the target of reaching a growth target of 7%, which Mr. Muhith admits has been “elusive” over the past few years. However, International Monetary Fund figures from its World Economic Outlook in October last year lay out plainly the consistency of the Bangladeshi economy, which is set to grow at 6.4% this year. In 2014, the figure ran at 6.2%, the year before that 6.1%, and in 2012 GDP grew by 6.3%.

This sustainability is all the more impressive given that much of it was built off the back of the global economic crisis which, like almost all countries, hit Bangladesh to a degree. Despite this, year-on-year GDP growth has remained above the 6% figure.

“At that time global growth was close to 5% or a little more and now it is below 4%; it is around 3.5%. In this period of meltdown, to be able to maintain 6% plus good growth is truly remarkable,” says Mr. Muhith.

This could prove trickier than first planned given current labor disputes, which have seen opposition parties organizing a nationwide blockade to certain cities, damaging elements of the country’s economy. Mr. Muhith, however, is adamant that the unrest is temporary and unpopular amongst the majority of the Bangladeshi population, although he admits it has affected logistics and the transportation of goods for export both within the country and internationally.

“The movement has not gained that kind of ground support, but it is affecting the economy; you see inter-district transportation being affected and will in turn soon lead to shortages of food, in particular perishables,” he says. “This is harming all people, so it is in the interest of everyone that this blockade is stopped as quickly as possible.”

Despite this, Mr. Muhith is confident that the country can rise to prominence and reach many of the goals of its Vision 2021 project, with the transition to become a middle-income country within six years at the plan’s core.

“It means that there is a literal improvement in the living standards in the country,” Mr. Muhith explains, adding that he expects that this target will be reached early – potentially by 2018. “Under the present rules and regulations it takes three years for the United Nations to assess the graduation of a country. In three years you will see whether it is sustainable or not.”

Growth is being driven from a number of areas, including agriculture, with recent investments during the past five years now paying dividends as food production rises. In turn, this bulks out domestic growth and, to some extent, international incomes. Technological developments have also been identified as a key sector for improvement, but Mr. Muhith is clear that his country will need the support of international institutions such as the World Bank to help the country reach its economic and social targets.

The finance minister is also introducing root and branch tax changes, including revamping the country’s VAT system. At present, a large number of rates are charged depending on which sector the goods belong to, but the aim is to reform the VAT law by introducing a flat rate of 15%. The reform, which was passed into law in 2012, is now in the final stages of implementation with the rate set to be introduced nationwide during 2016.

There are also new economic zones being created that are helping to provide support for local entrepreneurs, while infrastructure projects are being developed across the country, including the creation of a deep sea port at Sonadia, a new liquefied natural gas terminal, and a series of highways linking the capital city Dhaka with towns across the country.

The country’s debt pile is also being cut down and the trade deficit is being narrowed thanks to improving export numbers. Indeed, it is estimated that exports from Bangladesh have quadrupled over the past decade, with its ready-made garments (RMG) sector helping to drive growth, although international concerns remain in some quarters with regards to labor practices. However, manufacturing will undoubtedly be one of the keys that ensure the further development of the Bangladeshi economy, with the sector making up almost 20% of GDP in 2014.

Energy is also a vital concern for Bangladesh and it is here that private finance is being targeted to assist with development. Public-private partnerships are becoming a bigger part of the government’s program in priority areas such as power, gas and infrastructure, and Mr. Muhith is keen to see further cooperation between public and private organizations but readily admits that to date projects have been slow to get off the ground.

“I was probably much too ambitious, I didn’t realize that moving towards this new strategy would take such a long time,” he explains. “We do have a number of small projects that are running. For example, setting up dialysis centers, as there was much demand and the government had land so they have given the land to an investor who is investing in the dialysis center.

Chinese companies have already proven to be keen investors in the region and have spent money on projects across the country, primarily in infrastructure, power and trade sectors. Four 450-megawatt power plants are being built at a cost of $1.8 billion, powered by either gas or coal, while a $1.5 billion thermal power plant is also being developed. On top of that two nuclear plants are being erected at Rooppur, with a capacity of 2,000 megawatts of electricity, which it is hoped will be operational by 2020.

Such projects demonstrate the ambition of Bangladesh and its closer neighbors, including regional powerhouse India, which regards the country as one of South Asia’s most respected economies – again, partly based on its regular, predictable GDP growth figures. It is also this commitment to sustainable growth and investment in large infrastructure developments that is helping to prove that the country’s inclusion on the ‘Next 11’ list from investment bank Goldman Sachs was a good call more than a decade ago.

Prospects are also positive when it comes to foreign investment, with the country predicted to enjoy a steady supply of investment inflows during the next five years, in contrast to some of its neighbors such as India and Sri Lanka. This is also helping raise the living standards amongst the Bangladeshi community and the uptick in per capita income during the past decade has been stark. In 2004 GDP per capita stood at around $480, which has since increased to $1,179 last year, and improved economic conditions for the country’s communities is one of Mr. Muhith’s top objectives.

“I want our people to live in a country which is not poor, and live in a country where they can do whatever they want,” he says. “That is freedom, that is democracy. The greatest gift of democracy is that it allows you to do what you want to do. It is not the best system, but it is the most acceptable system.”