A wave of entrepreneurial spirit has washed over Egypt just recently. Inspired by the optimism and opportunity of the 2011 revolution, Egypt’s new army of fresh thinking innovators are helping the country to develop in alternative ways, with the now annual RiseUp Summit at the heart of this growing movement. 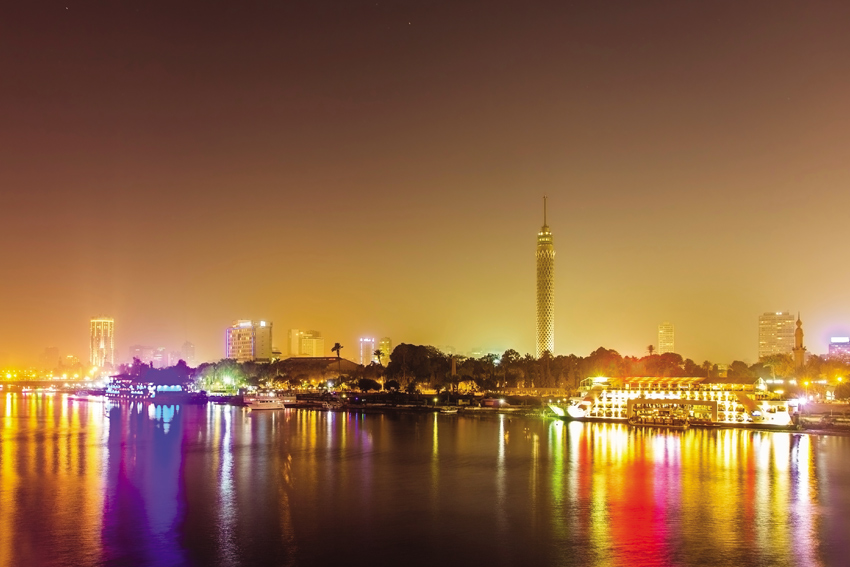 THE RISE UP ENTREPRENEURIAL EVENT WILL TAKE PLACE IN OCTOBER IN EGYPT.
SHARE

In early 2011, hoards of hopeful young Egyptians came together in Tahrir Square, in the center of Cairo, with the dream of achieving a better future for their country.

It would be the start of a revolution that would go down in history.  Fast forward two and a half years later – just months after Egypt’s second uprising – and another group of progressives, many of whom had championed the cause of the so-called Arab Spring, assembled in that same area of the city once again with yet more revolution on their minds, though this time an entrepreneurial one.

Indeed it is the same hopeful spirit channeled so passionately by Egyptians during the Arab Spring that is said to have inspired a new wave of entrepreneurship in the county over recent times, and which ultimately instigated the launch of the first ever RiseUp Summit in November 2013 – a forum for Egypt’s fast expanding start-up scene.

Particularly emblematic of this connection between the country’s 2011 uprising and its burgeoning environment of innovation (research by the Global Entrepreneurship Monitor shows that 2.2 million Egyptians have become owners of new businesses since 2011, a significant rise from the pre-rebellion period) was that the RiseUp Summit took place just a stone’s throw from Tahrir Square – the site synonymous with the revolution, and today a symbol of possibility and opportunity.

Held at the GrEEK campus of the Tahrir Alley Technology Park (TATP), a campus inspired by American tech universities, the RiseUp Summit was deemed a massive success.

The two-day event hosted both start-ups and well known businessmen with workshops, discussion panels and keynote speeches, allowing for the transfer of knowledge, as well as the forging of new partnerships.

However, for Abdel-hamed Sharara, founder of RiseUp, the 2013 summit was just the beginning in a rapidly growing movement that he hopes will one day make Egypt a thriving entrepreneurial and innovation hub, not only in the region, but worldwide.

Ambitious Mr. Sharara – a university graduate who used his experience from an entrepreneurship program to set up the summit – brought back the RiseUp event in October last year, with a much bigger and broader concept.

The idea behind the 2014 summit was to reflect the transformational nature of innovation, and specifically the changing nature of Egypt’s start-up culture, which in its nascent phases had been dominated by tech and mobile apps.

More recently, as the country’s entrepreneurial community has grown, so has the diversity of interests and projects, especially as to how new innovations can help drive socio-economic development.

“RiseUp 2014’s theme was technology as an enabler for industries,” Mr. Sharara explains. “In other words, what tech can do for hardware, renewables, agribusiness, the financial sector, creative industries and many other verticals. For the first time in the ecosystem in Egypt, we clearly saw opportunities in areas other than mobile and web.”

The forum – which included around 2,000 start-up projects altogether, as well as more than 150 investors and several high-profile public figures – undeniably convened a host of excellent examples of how entrepreneurs can both enable industry, as well as impact the lives of millions through innovation.

From Karm Solar, a company that is changing the way solar energy is being delivered, to EducateMe, a program that is redefining the way education is being accessed by Egypt’s poor, many inspirational projects were seen at the summit.

RiseUp is not just about Egypt and Egyptian start-ups however. True innovation after all is achieved by looking outside the box, or that is, by looking away from the familiar to draw in fresh perspective.

The 2014 summit, therefore, invited entrepreneurs and investors from over 50 countries globally, each of whom brought new ideas, or potential capital, to the table.

“We realized that we needed to focus on bringing in more regional and global resources for start-ups,” explains Mr. Sharara.

“Our international partners organized co-working camps, pitch events, workshops and many other activities that helped connect Egypt to the region and to Europe. One of our partners, Startup MENA, also organized an ‘investors lounge’, with 10 start-up pitches and more than 15 investors from Egypt, MENA (Middle East and North Africa), and the around the world.”

While the RiseUp Summit has successfully brought Egyptian innovation to an international platform like never before, it is fair to say that Mr. Sharara and his dedicated team are not the only start-up facilitators in the country.

There are today an increasing number of education and training courses in the subject of entrepreneurship within universities and professional organizations, such as at the GrEEK campus, several large-scale national business plan competitions that bring with them resources, investment and technical support, acceleration programs, corporate venturing as well as investment firms and groups.

What is special about Egypt’s start-up scene, however, is that many of its players are interconnected – owing both to the budding industry’s small size and the fact that many of its stakeholders share similar motivations and goals.

Egypt is a country that has begun to completely reinvent itself in the aftermath of revolution, and the entrepreneurial spirit which has taken root as a result is at the very essence of this continuing cultural shift.

“Entrepreneurship in Egypt is very unique in its collaborative culture,” says Mr. Sharara.

“The ecosystem stakeholders are all connected and united. We attend the same events, speak the same language, share the same vision and believe in the same values. The revolution had a great impact in shaping this culture and we all want to take it forward.”

Although there is undoubtedly personal gain at stake, the common vision for many of Egypt’s new entrepreneurs, it seems, is the feeling that they can make a real change to their country, one which is still suffering from high rates of unemployment (13.4%) and where over a quarter of citizens are below the poverty line.

“Entrepreneurs are agents of change,” says Mr. Sharara. “They can help create a just and productive society through entrepreneurship and innovation. The perks in this case are countless: creating jobs, GDP growth, economic stability, transparency and many other good things.”

With this is mind, RiseUp Summit, together with its industry peers and partners, is ready to take the great Egyptian entrepreneurial revolution to the next level. This October 17-18 will see the return of the RiseUp (#RiseUp15), in what Mr. Sharara hopes will be the biggest event yet.

“[This year’s] theme is Quantum Leap,” he says. “The entrepreneurship ecosystem in Egypt has reached a point of take-off, with its destination in sight. The stakeholders are connected, the entrepreneurs are fuelled by mentorship and investment – and it is time to witness the first successes in 2015. This – to RiseUp – is a quantum leap.”