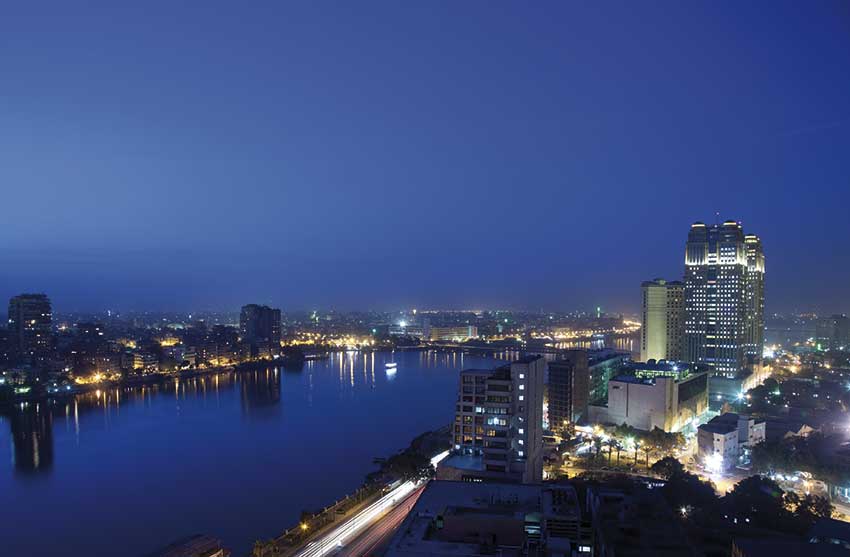 While the legislative and institutional reform program of President Al-Sisi’s administration has been central to this turnaround, critical to the success of the government’s agenda has been the support of the private sector, which has remained confident and supportive of government reforms.

Key Egyptian companies such as Qalaa Holdings, Elsewedy Electric, SODIC and Egyptian Steel have all been strong advocates of the reforms. As Ahmed Abou Hashima, Chairman of Egyptian Steel, explains, “There’s a lot of trust in the president and his plan for the country’s future. Launching national mega projects such as the new Suez Canal reassured local investors.”

BP, Coca-Cola, Kellogg’s, Nestlé and Vodafone have all confirmed significant investments into the Egyptian market or Egyptian businesses

The new investment law in particular is proving popular among businesses of all sizes. “If we make the laws clear and simple, we will attract investors,” Mohamed Zaki El Sewedy, Chairman of Elsewedy Electrical Solutions and head of the Federation of Egyptian Industries, says. “The real success will be when you attract the small and medium enterprises. That is what the government is doing: simplifying the laws and processes.”

Confidence stemming from Egypt’s new era of political stability, economic reforms and the economic turnaround has spread overseas, as well. Two of Egypt’s largest foreign investors – BP and Coca-Cola – have announced plans to significantly increase investment in Egypt. Over the next three years, Coca-Cola will invest an additional $500 million in Egypt, while BP plans to spend a further $12 billion, over the coming five years.

In other recent announcements, Kellogg’s, Nestlé and Vodafone have all confirmed significant investments into the Egyptian market or Egyptian businesses.

On February 4, 2015, the EGX benchmark index reached 10,045 points, the highest level in six years. In 2014, the stock market registered returns of 31%
In September 2014, Egyptians bought up $8.5 billion worth of investment certificates, which will be used to finance the new Suez Canal project. The sum was raised in just eight days

“I went to China twice and Abu Dhabi in December, and we have had many international businessmen from the U.K., the U.S., Saudi Arabia and Japan meeting with the President in Egypt,” says Dr. Naglaa El Ehwany, the Minister of International Cooperation.

“Meeting with all of these business missions, we feel there is a great appetite for profitable and rewarding investment in Egypt. First of all, they are receiving encouragement from the president himself, and they have confidence in him as a person. They can also see changes in the laws that are favorable to investment and a lot of untapped opportunities.

And as the strength of Egypt’s capital markets show, investor confidence in Egypt continues to grow in momentum. The Egyptian Exchange (EGX) recently reached 10,045 points – its highest level in the past six years, while trading volumes also doubled last year reaching 57 billion securities. EGX was also named the best performing market in 2014 by Morgan Stanley Capital International and the Financial Times also considered Egypt to be the best destination for stock market investors last year.

Like private sector confidence, the support of the Egyptian public has also proved crucial to the success of the Egyptian economic reforms. On September 1, 2014, the Egyptian government offered the public an opportunity to purchase investment certificates to fund the Suez Canal expansion project. An unparalleled success, the sale sold all certificates and raised over “$8.5 billion in eight working days from the Egyptian people,” Minister of Investment Ashraf Salman says.

“When we removed the petroleum subsidies, the Egyptian people were unexpectedly supportive of the president and the government, acknowledging that they have to pay the price for the reform in order for a better future” Ashraf Salman, Minister of Investment

“The political will and enthusiasm exists to implement the policies and direction outlined by the elected president and his government to revitalize the Egyptian economy after three years of no change,” adds Ambassador Yasser Elnaggar, Principal Deputy Minister of Investment. “This sentiment is reflected by the public’s support.”

This support has also been vital to the success of the difficult but important reform of energy subsidies last year.

Minister Salman explains: “When we removed the petroleum subsidies, the Egyptian people were unexpectedly supportive of the president and the government, acknowledging that they have to pay the price for the reform in order for a better future.”