Since 2006, Rwanda has jumped from 139th to 56th in the World Bank’s Doing Business Index, and has been the second top reformer over the last 12 years in introducing measures to improve the ease of doing business 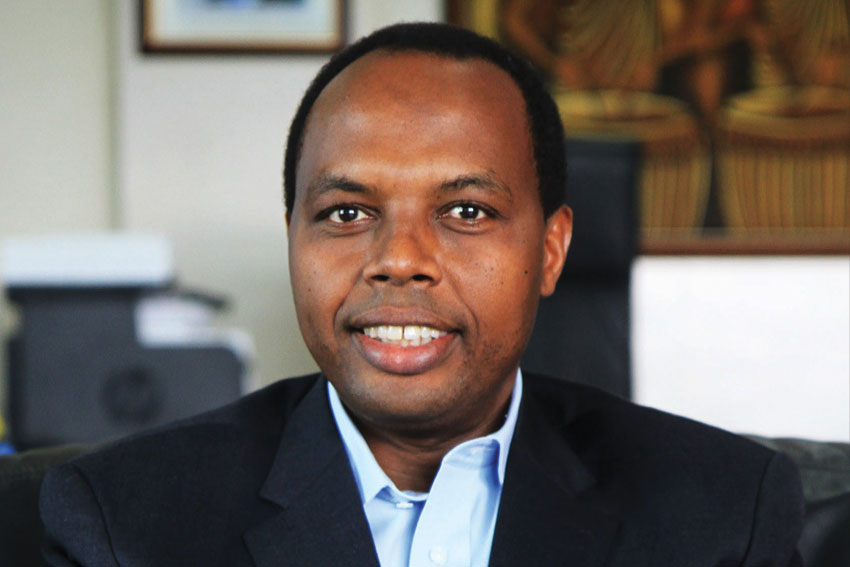 “OVER THE LAST DECADE, RWANDA HAS MANAGED TO CONSOLIDATE ITS POSITION AS ONE OF THE TOP DESTINATIONS FOR BUSINESS AND INVESTMENT IN AFRICA ON THE BACK OF ONE OF THE FASTEST GROWING ECONOMIES IN THE REGION” FRANCIS GATARE, CEO, RWANDA DEVELOPMENT BOARD
SHARE

Rwanda’s economy has taken off over the past decade, and following fundamental changes to the country’s regulatory framework, numerous opportunities across communications, power, and transport infrastructure have emerged. Red tape has been cut, corruption has been curbed, and tax incentives have been introduced, creating new possibilities for foreign direct investment in a variety of industries.

“Rwanda has strong leadership. In terms of trade, the business reports rate us very highly. There is a zero-tolerance policy towards corruption. People come to this country because we have created a positive environment. Whether it is for touristic reasons or business purposes, we have created a safe and secure nation,” says James Gatera, CEO of investment company, Crystal Ventures.

“Tremendous improvements have been made, that we are able to see in different areas, whether it is in governance or in the overall economy. From a business point of view there is a great improvement too, every year we find it easier and faster to do business”

Eugene M. Haguma, CEO, Horizon Group
“Rwanda has strong leadership. In terms of trade, the business reports rate us very highly. There is a zero-tolerance policy towards corruption. People come to this country because we have created a positive environment. Whether it is for touristic reasons or business purposes, we have created a safe and secure nation”

“The public office has created an enabling environment for the private sector to thrive. A hand-in-hand collaboration between the government and private companies is where the growth comes from.”

To maintain the momentum of the country’s growth, which averaged 8% per annum between 2001 and 2015, the Rwandan government has been enacting policies that will help sustain and increase the country’s prosperity in the long term. To date, government policies have reached most sectors of the nation’s economy, and have been created with an emphasis on freeing up entrepreneurs, who are now able to expand into areas such as agriculture, textiles and the service sector.

Driving these reforms has been the government’s Vision 2020 strategy, which has focused its efforts on fueling economic development and diversification by slashing poverty and delivering improved living standards to the country’s citizens.

The second Economic Development and Poverty Reduction Strategy (EDPRS 2) has become central to these efforts, with policies and projects across the country now being implemented to ensure development continues.

The success of Rwanda’s regulatory reforms is reflected in its standing on global competitiveness indexes. Between 2006 and 2016, Rwanda jumped from 139th (out for 190 countries) to 56th on the World Bank’s Doing Business Index, and is now ranked the second easiest place to do business in Africa. It has been the second top reformer over the last 12 years in introducing measures to improve the ease of doing business, with improved access to credit and more streamlined processes for property registration figuring among the top areas of reform.

According to the World Economic Forum’s Global Competitiveness Index for 2015/16, it now ranks third in Africa, cementing its new status as a globally competitive nation.

“I believe that Rwanda has built a very strong foundation to strengthen the institutions in this country,” says Eugene M. Haguma, CEO at Horizon Group, one of Rwanda’s leading local conglomerates, which focuses on infrastructure development, agriculture and logistics.

“Thanks to a strong framework and the policies that have been put in place to guide this process and from which institutions are being built, tremendous improvements have been made, which we are able to see in different areas, whether it is in governance or in the overall economy. From a business point of view there is a great improvement too, every year we find it easier and faster to do business.”

Concerted efforts have also been made to promote regional integration and the development of infrastructure, as well as a new public-private partnership (PPP) law that has upgraded the legal framework to provide more transparency and legal security.

The Rwanda Development Board has also been instrumental to the country’s recovery by helping to address the needs of the private sector and transform Rwanda into a dynamic global hub for business, investment, and innovation.

“Over the last decade, Rwanda has managed to consolidate its position as one of the top destinations for business and investment in Africa on the back of one of the fastest growing economies in the region,” says Mr. Francis Gatare, CEO of Rwanda Development Board. Charged with helping to position Rwanda as an ally of the private sector, Mr. Gatare is helping to ensure that his country becomes a dynamic global hub for business, investment and innovation. Although since 1995, the country’s economic policy management framework has been tied in to providing a haven for the private sector to drive growth, in recent years, investment flows have been especially prolific.

Mr. Gatare points out that according to the World Bank, net inflows of foreign direct investment in Rwanda rose from $42 million in 2010 to $323 million in 2014, with global investor’s appetites particularly focused on areas such as agriculture, trade, services, infrastructure and ICT.

“The development of a stronger PPP framework in the country paves the way for further engagement in the provision of critical services and infrastructure in Rwanda,” he adds, further underscoring the importance of infrastructure projects and improved transportation networks such as railways that will link up countries such as Tanzania and Kenya, thereby further enhancing Rwanda’s position as a vital hub in the region. While it still faces disadvantages such as its small size, lack of port access and limited natural resources, it is compensating for these shortcomings with other advantages, especially in terms of ICT.

Indispensable to the knowledge economy, high-speed internet is widely available in Rwanda and 3G and 4G mobile networks are being rolled out as part of eye-catching public-private partnerships with international companies (see page seven). In parallel, this improved connectivity is allowing entrepreneurs and citizens to benefit from being more readily connected with the rest of the world. Banking companies have launched mobile services, thereby driving up the level of financial inclusion, while government processes such as tax collecting are also being offered online, helping to facilitate a more efficient public sector.

In parallel, investors have also been enticed by government incentives and global companies are finding that the country provides a gateway not only into the region but also to Europe and the U.S. via agreements such as the African Growth and Opportunity Act or the Everything but Arms initiative.

Further boosting the country’s attractiveness are the literal gateways that are being provided to Rwanda through the construction of roads and railways. As reported by the Rwandan Minister of Infrastructure, James Musoni, the Central Corridor member states have established the Central Corridor Transit Transport Facilitation Agency (CCTTFA) to expedite the implementation of the Standard Gauge Railway Project. It’s expected that the completion of the railway project will significantly reduce the cost of transport of goods, greatly facilitating regional and international trade. To support these efforts, an industrial parks program has been launched that will supplement the ongoing Kigali Special Economic Zone while plans are already in place to further develop the main airport in the country’s capital and construct a new international airport in Bugesera.

While Rwanda has been actively deploying measures to create a level playground by enabling the private sector and business to thrive, it has also made strides in leveraging its most valuable resource: its people. The country’s largely bilingual French and English-speaking talent pool is the key to building solid institutions in Africa, argues Benjamin Gasamagera, Chairman of the Rwanda’s Private Sector Federation and Managing Director of Safari Center, an incubation center for business innovations and technology based in Kigali. “If you look at the size of Africa, Rwanda is but a drop in the sea in terms of space. However, this country’s commitment to improving its society can create a ripple effect throughout the continent”

“An institution can only be as good as the people who are part of it,” he says, adding that if a population isn’t educated, institutions will never be valued or regarded. In Africa in particular, governing organizations have a chronic history of deceiving the population and suffer from devaluation in their governance. Investing in people is the antidote to this disillusionment. Teaching people how to improve institutional bodies so that they feel invested and engaged with them is the way forward, argues Mr. Gasamagera.

“We must make people believe in the value of cross-sectorial foundations,” he says. “If you look at the size of Africa, Rwanda is but a drop in the sea in terms of space. However, this country’s commitment to improving its society can create a ripple effect throughout the continent. Making the people believe in the power of organizations is a key factor to success.” By enforcing this vision, Mr. Gasamagera believes that African workers will help foster foreign investment and corporate profit.

For those keen to invest in Rwanda, he says that the time is right, but it is also time for the country to improve the image it has abroad. Due to Africa’s lack of industrialization, Mr. Gasamagera maintains that the region suffers from being looked upon as a group of countries able to provide raw materials only.

This is untrue, he says. Rwanda for example is not only well-placed to provide raw materials, but more importantly, to turn those raw materials into value-added goods. Increasingly, the population is coming to understand this new vision of itself, but significant efforts still need to be made. Entrepreneurs and investors alike must lead the charge by forming cross-border cooperation, cultivating new talent, and inspiring Africans to believe in raising the bar.

“A strong and committed government empowers people to believe in themselves,” says Mr. Gasamagera. “When you make people feel empowered, they will give you back the gift you granted to them.”