The 2015 budget increased the allocation for healthcare by 48 per cent, adding to the sector’s momentum 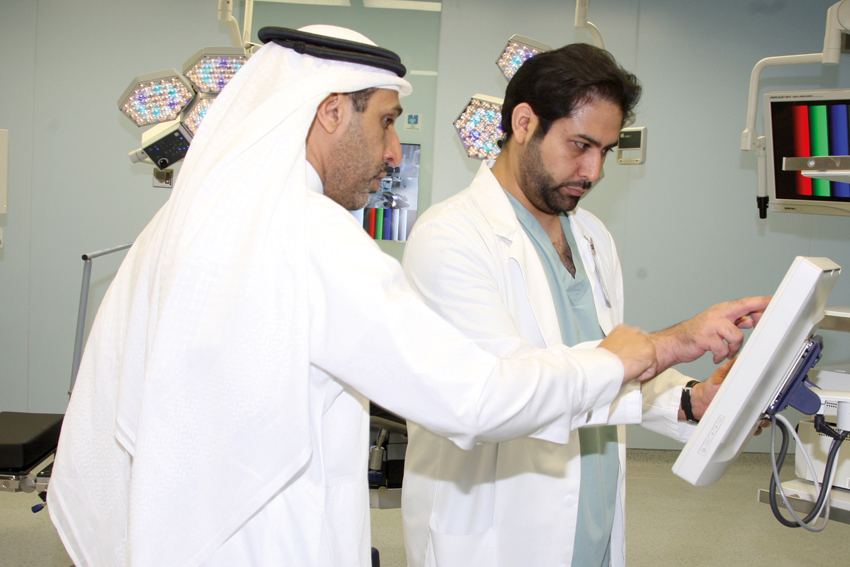 OVER THE PAST FIVE YEARS THE MINISTRY OF HEALTH HAS OPENED 77 HOSPITALS AND MEDICAL CENTERS WITH A CAPACITY OF MORE THAN 11,000 BEDS
SHARE

The regional leader in healthcare and biggest spender on the sector, Saudi Arabia aims to build on the momentum of recent major investments and significantly increase quality, capacity and private sector activity in the sector over the coming years, prompting analysts to project a compound annual growth rate (CAGR) of around 9 per cent between 2015 and 2020 in the kingdom’s healthcare sector.

In the kingdom’s record 2015 SAR860 billion budget, healthcare and social affairs received the second-biggest allocation, after education, and the largest boost to spending – health received SAR160 billion, representing 18.6 per cent of the total and an increase of 48 per cent.

This came as further confirmation of the government’s dedication to healthcare. Over the past five years the Ministry of Health has opened 77 hospitals and medical centres with a capacity of 11,161 beds, and raised the total number of hospitals in the kingdom to 295.

Plus, at least 34 medical centres specialising in the treatment of cardiac, kidney and tumour diseases were opened over the same period.

In February, the ministry announced that work is under way to complete the construction of 88 centres holding 70 beds and focusing on a wide range of specialist treatments.

The government’s plans also include the construction of 132 hospitals, five new medical cities providing a total of 6,200 beds in hospitals and clinics, and expanding the existing medical cities in Makkah and Riyadh.

Currently, the Ministry of Health directly provides around 60 per cent of healthcare services in Saudi Arabia, with a further 20 per cent coming from entities that cater for state employees, such as soldiers or oil workers, and about 20 per cent by the private sector.

Three decades of experience in the field has led Dr Abdul Aziz Al Hammadi of the Al Hammadi Development and Investment Co to affirm that the private sector is poised to play a key role in providing health-related services to the Saudi people offering them the best and most inclusive care, the most qualified personnel, state-of-the-art technology and efficient management. “There is huge potential,” he comments.

In 1985, Al Hammadi opened its first facility, a 340-bed hospital in the Olaya district of Riyadh, and has put the final touches on new facilities at Al Suwaidi and Al Nozha on the outskirts of the capital.

Dr Al Hammadi notes that at one point he and his associates on the Board of Directors were faced with a more localised demographic dilemma: “My father, who founded the business, had 10 kids, and my uncle, who was his partner, had eight, so altogether we are now 18 families.

That is just not a viable way of running a company.”Accordingly, last year the family took the company public with an IPO in which total share capital was increased by 30 per cent, with 22.5 million new shares placed with institutional and retail investors. Since then the listing has performed consistently well on the Saudi Stock Exchange, or Tadawul.

As for challenges ahead, Dr Al Hammadi cites the persistent difficulty in recruiting staff who possess the high-level skill set he has pledged to make available to his clients.

“The cost of physicians and medical staff is very high. There is a shortage of nurses everywhere in the world,” he says.

“A lot of companies, including Al Hammadi, are opening a healthcare private training centre.”

Investing in human capital is thus an essential component of the strategy that Dr Al Hammadi is confident will pay off for healthcare providers who are prepared to meet the challenges and adds: “We believe in quality healthcare and we believe demand for it is going to grow massively over the next 10 to 20 years.”