It is as true today as it has been for the last few critical years of Egypt’s history: the growth of Egypt’s economy depends heavily on the development of the country’s real estate sector 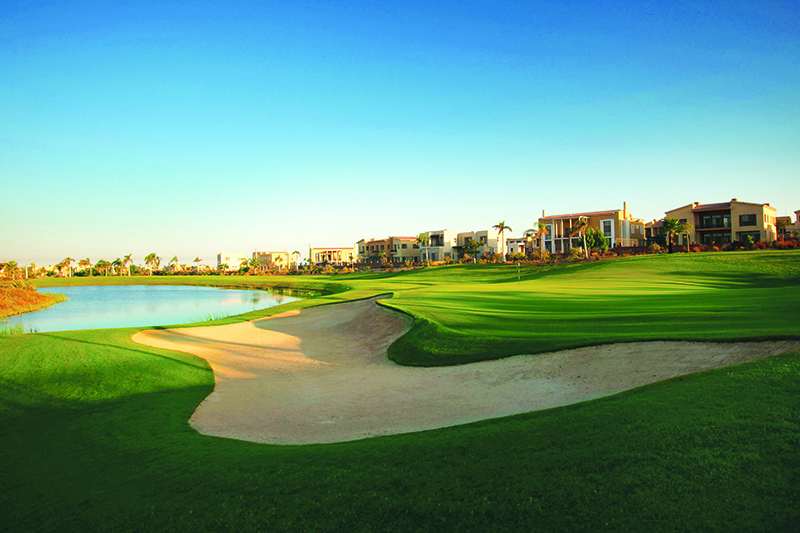 Dynamic and reliable, the real estate sector has served as the backbone upholding Egypt’s economy despite the country’s political and economic setbacks. The value of real estate investments in Egypt has witnessed increases since 2001/2002 when it recorded EGP7.9 billion ($1 billion), eventually reaching approximately EGP31.8 billion in 2012/2013, with a 27.5% growth rate. In 2012, the sector absorbed as much as 14.9% of total employment (hiring an equivalent of 3.2 million people), and in 2013, it accounted for 8.3% of national GDP.

The strength and importance of this sector in Egypt is attributed to various aspects. Firstly, it contributes to more than 90 industries related to construction. In fact, with the recent abundance of construction projects either already underway or still pending final agreements, the building and construction sector is expected to attract investment of around $7.5 billion in 2015 from both domestic and foreign investment, making it one of the country’s biggest revenue sources. It’s also driving the continued expansion of related industries, including metals, cement, furniture and power generation. Currently, the construction and development sector makes up 20% of national GDP, rendering it one of the sectors most responsible for the economy’s increasing metabolism.

Due to the country’s attractive location, Egypt is in the process of expanding its tourism sector. In order to meet the growing demands of both tourists and international investors who wish to take advantage of the wild, sun-saturated and still underexplored natural landscapes that run through Egypt, adequate facilities, attractions and infrastructure are being developed in various locations around the country.

However, the composition of Egypt’s population is one of the principal contributors to the country’s thriving real estate sector: out of the nearly 90 million inhabitants, more than half are under the age of 25. In addition, with a recent growth in marriages – married couples make up a total of 33-37% of total population – the demand for houses has increased even further, with a particular demand for low and middle-income housing.

Every year, Egypt not only requires more than half a million homes to meet the demands of new families, but it must also continue to satisfy the existing house deficit. Essentially, with each year, the demand for houses and related infrastructure continues to exceed the supply.

“You only have to look at the housing supply gap to get an idea of the potential within the real estate sector,” says Ahmed Badrawi, Managing Director of SODIC, a leading private sector real estate development company. “The number of homes being brought to the market today barely scratches the surface of the hundreds of thousands of units needed on an annual basis.”

Naturally, with such an expanding young population – predicted to double in the next 25 years – the demand for amenities to compliment the expanding urbanization is also putting pressure on various sectors, such as commercial and retail real estate. Already, 27 new urban cities have been built around Egypt, with plans to increase this number to a further 59 by the end of 2017.

Until now, a total of EGP400 billion-worth has been invested by the private sector into these projects, with a potential for even more large investments that come with the extended plans.

By looking at the amount of projects and initiatives in the real estate sector, it is obvious that the Ministry of Housing, together with other real estate development companies, have been working in line with the Egyptian government’s priority: improving the living standards of its people by providing roofs over their heads, mainly in the form of low to middle-income housing. Minister of Housing Dr. Mostafa Madbouly announced that it has more than doubled the budget during this fiscal year, allocating EGP28 billion for fiscal year 2015/2016.

In addition, the government has also allocated EGP1.5 billion to subsidize the housing projects for low-income citizens, as well as a further EGP55 billion for “restructure projects”, which will increase demand on construction material and equipment. Although this significantly helps to push projects along, the EEDC will be vital in attracting more needed investment in Egypt.

One of the biggest projects is a proposed $40 billion investment with Arabtec, a company based in the U.A.E., to build 1 million new housing units for low-income citizens, due to be completed by 2020. Described as “the largest housing program in the world for low-income groups” by Dr. Madbouly, this social housing program is already involving local and small-scale contractors, and has created 250,000 job opportunities. However, it is predicted that the overall construction will create a total of 1 million new jobs.

“We are hoping that the private sector will participate with the government in this project by the end of this year,” Dr. Madbouly says.

The government has taken into consideration the fact that Egyptians live in only 5-7% of Egypt’s total land area. Enlarging the area inhabited by citizens is one of the major solutions to this problem, one which SODIC, a leading private sector real estate development company, is aiming to tackle in the next five years.

SODIC is positioning itself at the forefront of the industry, building mixed-use communities that include residential, medical, office, retail and educational facilities; communities that, essentially, encourage people to leave the city center with its congestion and move out to new cities.

In Sheikh Zayed City, west of the capital, the firm has built an enormous and tastefully designed mixed-use community that includes developments Beverly Hills, CASA, Allegria, Westown, Forty West, the shopping mall Designopolis, and The Strip. Meanwhile, in the heart of New Cairo and just five minutes from Future University, is SODIC’s Kattameya Plaza, which “marks a new standard in contemporary apartment living”.

“We are very excited about the possibilities in both Cairo and the outskirts,” says SODIC’s Mr. Badrawi. “New opportunities of regeneration will present themselves along with the exodus out of the city that is beginning.”

The company’s hard work materialized into positive results: not only did SODIC’s stock price more than doubled last year, but the company was also recognized last year by Euromoney as the best developer in the office/business category for the Westown’s Polygon Business Park.

“In the past we have talked about our resilient industry in the context of huge headwinds; now we’re in a strong industry with positive investment environment in support,” Mr. Badrawi claims. Indeed, the company plans to invest more than $300 million in 2015, and to deliver around 680 new property units.

Despite those headwinds that SODIC’s managing director mentions, the firm has stayed the course by being flexible and never losing sight of Egypt’s, and the real estate sector’s, potential.

“Despite the turbulence during the past years, SODIC’s strategy has always remained the same; to honor our commitments to our clients and respond to their changing needs,” says Mr. Badrawi. “In 2011 we adapted our product offering quickly, adjusting to the market needs of smaller more accessibly priced units, and despite the uncertain climate, we continued to do well. This responsiveness and commitment has reinforced our reputation in the market as a credible developer and I believe this is reflected in the strength of our performance today.

“We believe that this performance has also played a role in swaying the government towards the direction of trying to stimulate our industry in order to create jobs and grow the economy.”

Saudi Egyptian Construction Company (SECON), an Egyptian joint stock company established in 1975 through an international agreement between Egypt and Saudi Arabia, has set big targets for 2015, including the construction of SECON Nile Towers, a residential and hospitality development, including a five-star Hilton Hotel with a total investment of around EGP1.6 billion.

In June 2014, the two governments agreed to increase capital for the company by $318 million, a move that, as acknowledged by SECON’s CEO Darwish Ahmed Hassanin, demonstrates Egypt’s promising economic climate. “This means that the Saudi government is really interested in increasing investment in Egypt through a company which is half owned by them,” he says. “This is a good indicator for other Saudi or Gulf investors to increase or to begin new investments in Egypt.”

While half of this investment will be covered by the Saudi government, the other half will be allocated in pieces of land by the Egyptian state in three locations: New Damietta, where SECON will begin a tourism project by the Mediterranean Sea; New Assiut, with a middle-class housing project; and New Cairo, with an upper-middle-class project.

Like many in the field, Mr. Hassanin is very optimistic about the upcoming EEDC, viewing the time of the conference as coming at a critical juncture for Egypt because despite the fact that the country is entering a positive phase in its economy, it still needs economic growth in order to improve the living standard of its citizens.

“I consider real estate as a driver of the economy. Of course there were some adverse affects these past three years, but momentum has never stopped,” states the executive.